Laura Fitinghoff was a prominent author around the turn of the twentieth century. She wrote the classic children’s book Barnen ifrån Frostmofjället.

Laura Fitinghoff was born in 1848 in Sollefteå. She was the daughter of Jonas Bernhard Runsten, a parson and member of parliament. She and her four sisters were brought up in a rectory. Her education, which took place at home, comprised religion, astronomy, literature, Latin and modern languages. Laura Fitinghoff also spent a couple of years studying at the music academy in Stockholm, where her family spent the winter half-year due to father’s parliamentary obligations.

In 1871 Laura Fitinghoff married the factory owner Conrad Fitinghoff. The couple settled on an estate in Södermanland. They had three children together, but two of them died as infants. Once her husband had lost his wealth through economic speculation and failed investments the couple began to lead separate lives. It was presumably as a result of financial difficulties that Laura Fitinghoff began to write. She was able to provide for herself and her daughter Rosa Fitinghoff through writing and taking in lodgers. In 1885 they moved to Stockholm and Laura Fitinghoff became a part of the city’s cultural and society life. She had a sizable cultural network and, amongst other things, joined Författarföreningen (a writers’ association) and Nya Idun. She was interested in matters such as animal protection, alcohol abstinence, dialect research and local handicrafts, and these subjects also found expression in her writings. In 1904 she published an advice pamphlet, Om uppfostran, where she discussed child rearing and the importance of sexuality education.

Laura Fitinghoff’s literary debut was En liten verld bland fjällen published in 1885. Like several of her other works the story is partly inspired by her own childhood years in Ångermanland. The book depicts the everyday lives of five sisters as they play in a rectory garden in northern Sweden. The book received acclaim for its freshness from contemporary reviewers. It is usually considered to be the first children’s book entirely set in a Norrland environment. Laura Fitinghoff mainly wrote for children and women. She wrote short stories, news items and essays for journals such as Svensk damtidning, Ord och bild, Barnavännen, Folkskolans barntidning and Idun. She also published novels and short story collections. She returned to the five sisters of her first book in her 1899 novel I fjälluft, where she portrayed their lives as young adults in the middle of the nineteenth century. It is a depiction of women at a time of personal upheaval, where the young women are torn between their longing for freedom and the demands of their conservative father. Laura Fitinghoff’s works were illustrated by the likes of Jenny Nyström and Hilma af Klint. In 1891 she won Idun magazine’s second prize for her novel Vårluft, 1982.

Laura Fitinghoff received most acclaim for her children’s books, particularly for Barnen ifrån Frostmofjället, 1907. The story of seven orphaned children who set off with their goat Gullspira, wandering through northern Sweden during the famine years of the 1860s, became an immediate success. It has been described as the first realistic Swedish children’s novel. The book is remarkable for the psychological clarity of its portrayal of the impoverished children and the vivid descriptions of the Norrland countryside. Barnen ifrån Frostmofjället has been translated into at least eight languages. In 1945 it was turned into a film which was a great public and critical success. The film inspired an annual film prize, named after the goat Gullspira, which is awarded in conjunction with the Guldbaggegala for significant contributions to Swedish children’s films. In 2008 the Laura Fitinghoff society was established.

Laura Fitinghoff died in Stocksund in 1908. She is buried at Sollefteå cemetery. 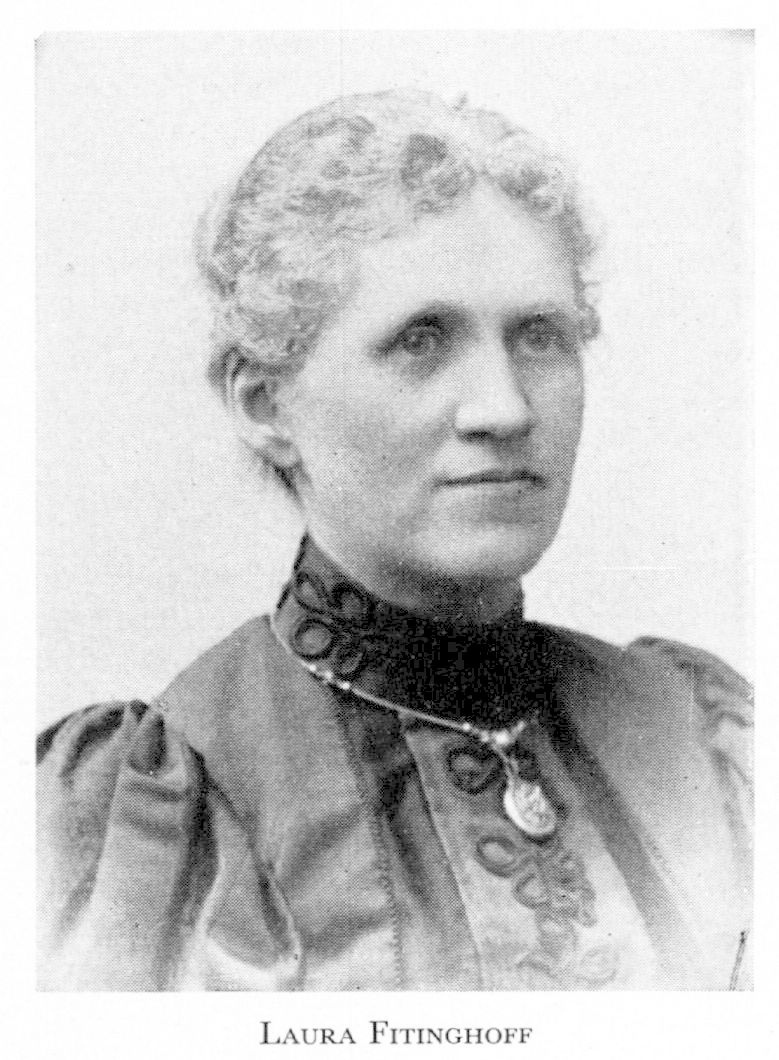