Laura Netzel was a composer, pianist, conductor, philanthropist and for many years the organiser of budget concerts for workers in Stockholm.

Laura Netzel was born on 1 March 1839 at Rantasalmi in Finland. Her father was Georg Fredrik Pistolekors, a collegiate assessor. Her mother, Emilia Malm, died only a few months after Laura Netzel’s birth, and the family moved shortly thereafter to Stockholm. In 1840, her father married Antoinetta Jägerhorn af Spurila, who discovered Laura Netzel’s musical gifts and encouraged her. She studied the piano for the pianists Mauritz Gisiko and Anton Door, and voice for the opera singer Julius Günther. In 1856, she made her public debut in Stockholm as the soloist in Ignaz Moscheles’ Pianokonsert nr 3.

In her childhood home, musical salons were often held, and it was at one of these that Elfrida Andrée’s first piano trio had its premiere in 1860. Laura Netzel performed the piano part with two musicians from the court orchestra on the violin and violoncello. Thanks to the family’s musical salons among other things, Laura Netzel became acquainted early on with the cultural personalities of the time in Sweden. Among these was the composer Adolf Fredrik Lindblad of whom she gained a strong impression.

Laura Netzel married Wilhelm Netzel in 1866. He later became a professor of gynaecology and obstetrics. She took his surname although she preferred to add ”née Pistolekors” to continue to mark her belonging to the nobility. The ”centuries old warfaring family” of Pistolekors, as she described it, was a source of strength to her, and as a person she was described as powerful and strong-willed. Her ancestry gave her many advantages in her charity work, which royalty was not seldom persuaded to support, and also opportunities to have her music performed. The family’s circle of acquaintances included not only royalty. In the Netzel couple’s guest book could be seen messages from international cultural personalities like the opera singers Pauline Viardot and Christina Nilsson, the violinist Wilma Neruda, the pianist, composer and conductor Teresa Carreño, the pianist, singer, composer and conductor Louise Héritte-Viardot and many more.

The Netzels had four children: Sigrid, Nils, Malin and Laura. After her marriage, Laura Netzel’s possibilities for performing in public diminished, and it was then that she concentrated her creativity towards composing. Her works were first performed under the pseudonym N Lago, and her debut is assumed to have been in 1874 when Nya harmoniska sällskapet in Stockholm performed some of her works for women’s voices at a concert. In 1884, she published the first work under her own name. The fact that the profits were to be donated to charity not only promoted all her favourite issues at one and the same time but also made it legitimate for her as an upper-class woman to engage herself in income-earning work.

As a composer, she was praised for her melodic ingenuity, bold harmonies and at the same time unaffected naturalness. She was very proud of the last characteristic, and her fear of losing her intuitive musicality made her delay for a long time before starting to study composition. Music sprang from her inner being, she said. It was first during the 1880s that she started studying composition for Wilhelm Heintze, the organist at Jacob’s Church in Stockholm. He was French-orientated in his musical style as was Laura Netzel. At that time, Swedish music life was split between the German style and the French. The greater part of the establishment belonged to the German school, among them for example Elfrida Andrée. Laura Netzel’s French influences can be apprehended in her use of chromatic and other harmonies, by the many French titles she gave her works and also the fact that she composed for the flute. In France, woodwind instruments had a status that was mostly reserved for the piano, voice and strings in the rest of Europe.

Laura Netzel spent a good deal of time in France throughout her life, since she experienced the climate for women composers as far more welcoming there than in Sweden. She called the 1890s her ”student years in Paris”. The opera singer Augusta Renard-Öhrström, who often included Laura Netzel’s songs in her programmes, was active in Paris at that time and via her and her acceptance in the city’s musical salons, Laura Netzel was able to meet all the French musical personalities. The composer and organist Charles-Marie Widor became her main teacher of composition.

Laura Netzel’s charitable work was extensive and it was driven by her strong faith. Her contributions consisted of concerts, bazaars and other events that brought in large sums of money to charitable ends. In Stockholm, it is possible to see her imprint on the financing efforts behind both Skansen and the Scandinavian-ethnographical collection which later became Nordiska museet. However, healthcare and women’s issues were closest to her heart and she was among other things involved in the establishment of the Sophiahemmet training and home for nurses; the Stockholm midwives’ association’s illness fund; support for a hostel for maid servants, with for example Ika Peyron; a fund for pregnant women in poverty; a training school for ”the crippled and lame” and much more. She also sat on several boards, among others for the children’s hospital Samariten, the Swedish section of Internationalis Concordia, Nya harmoniska Sällskapet and Nya konstnärsgillet.

In 1892–1908, Laura Netzel ran the popular budget concerts for workers in Stockholm. The motive was according to the British ideal to elevate the working class by educating them in art music and giving them a similarly low-cost alternative to the popular forms of culture like music hall. Every Saturday evening between October and April, such budget concerts were programmed, and time and again did Laura Netzel have to move to larger halls as the interested group of listeners grew. She made use of her extensive contact network and often succeeded in getting the great artists of the time, Swedish and also foreign musicians on occasional tours in Sweden, to perform at these events. Even though wealthy Stockholmers were refused entry so that there would be places for the poorer citizens, she sometimes took advantage of her royal contacts who were persuaded to come and spread further brilliance at the event.

Another important aspect of these concerts was that young unestablished musicians were also given the opportunity of testing their soloist wings there, a service they often repaid later on in their careers by performing Laura Netzel’s music at their own concerts on the great stages in Sweden and Europe. Her Ballad för sopransolo och orkester op. 35, that had its premiere in 1891 at the respected chamber music society La Trompette in Paris, was given air under its wings in this manner when the soprano Matilda Taube later performed it with the Hovkapellet in Stockholm. This made possible a performance later under the leadership of the conductor Robert Kajanus in Helsinki. Laura Netzel also had the opportunity of having her music performed at the budget concerts. She was then often the conductor of the choir if one was included in the programme.

The same opportunity was given her in connection with her engagement in the life of various associations. For example, in Sällskapet Nya Idun, social intercourse was often combined with a music section in which Laura Netzel not seldom conducted a choir performing her own and others’ works. The art association Nya konstnärsgillet organised both smaller and larger soirées and at one such in 1887, arranged by Kungliga Operan, her Ballad för baryton, kör, orgelharmonium och piano op. 19 was given its premiere. The court conductor Conrad Nordqvist led the orchestra and Laura Netzel played the piano on that occasion. She also sang in the Musikföreningen’s, Nya harmoniska Sällskapet’s and Filharmoniska sällskapet’s choirs.

Laura Netzel conducted choirs at the musical salons, among them the very popular ones at the home of Calla Curman. King Oscar II, who had strong cultural interests, also held musical events behind closed doors, and Laura Netzel conducted ”the King’s set” at many of these occasions. She has also set several of his texts to music, among them the poems Fantasiestycke öfver harpotoner and Drömmen that became her Fantasi för recitatör och orkester op. 77. At a salon at the home of the composer Ivar Hallström, he tested his new opera Vikingarna and on that occasion, Oscar II sang the role of the sea king Rolf, while Laura Netzel sang the role of Astrid.

Her most ambitious work, for the largest musical resources and of longest duration (50 minutes) was Stabat Mater op. 45 for soloists, mixed choir and organ, later with orchestra in her own adaptation. The premiere was in 1890 in Östermalm Church (now Hedvig Eleonora Church) in a concert arranged by herself for the benefit of the Eugeniahemmet. The Court attended, and Oscar II wrote a personal letter of thanks to her afterwards in which he described his impressions, movement for movement, with great exactness.

”The recognition of women as composers was my driving force”, said Laura Netzel, and in 1893 she was given the opportunity of contributing to this issue at the World Exhibition in Chicago. The Exhibition had a special focus on taking notice of both sexes as well as all nations and peoples, and all countries were called on to express themselves on this matter. The Swedish ladies’ committee worked hard to collect and present ”works of women’s arts and crafts, a library with women’s works and compositions as well as accounts of women’s activities in various fields.” Laura Netzel was entrusted with the assignment of being the chairperson for women’s musical arts, and she selected four composers each with her own portfolio as Sweden’s representatives: Elfrida Andrée, Valborg Aulin, Helena Munktell and herself. To a certain extent, this quartet is still today counted as the foremost of Swedish women composers and as belonging to the first rank of Swedish nineteenth-century composers in general. Her selection, as well as the article on Swedish music life which she contributed to the Exhibition, has had great influence on the way Swedish music history has later been written, including the twentieth-century exclusion of women composers from music history.

Laura Netzel died on 10 February 1927. Her funeral was held in Johannes Church in Stockholm and she was buried in the Northern Cemetery. Her own list of works then included 92 opuses. 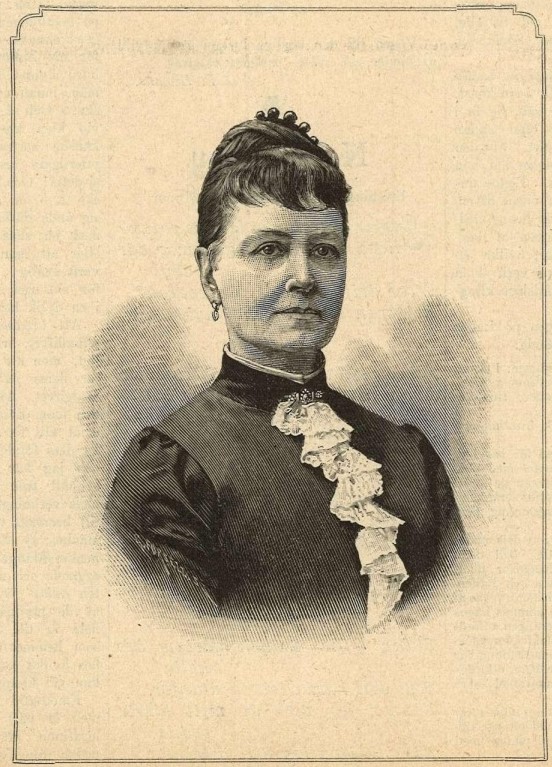