Principal of a gardening school, writer

Stina Swartling ran a gardening school for women and was active as an author and writer in several magazines. She was occupied with above all poultry-keeping, gardening, home ownership and other forms of small farming, housekeeping and cookery.

Stina Swartling was born as Kristina Lovisa von Hofsten in 1858, on the country estate Valåsen in Örebro county. Her parents were baroness Lovisa Sophia Hamilton af Hageby and och Bengt Johan von Hofsten, works owner. Gardening became one of Stina Swartling’s great interests from an early age. Even as a child, she was interested in garden plants, of which there were many at Valåsen. From the age of seven, she had her own little garden and learned a great deal about cultivation from the estate’s gardener.

In 1880, she married Lieutenant Reinhold Magnus Swartling, ten years older than herself, and the couple settled down at Espenäs in Örebro county. Her husband later became a cavalry captain, who in 1905 founded Swartling’s riding school in Stockholm. The year after their wedding, the couple had their first son, and up until 1894 four more sons were born. Apart from her large family, she became involved in the women’s club Sällskapet Damernas Concordia in Örebro in 1896. She was one of the initiative-takers to this literary association and its first chairwoman.

From the end of the 1800s and for several decades after that, Stina Swartling was a regular writer in several different magazines and newspapers. She had a wide-ranging readership, but focused especially on gardeners. She also wrote several books about small farming, poultry-keeping and gardening: Om höns in 1906, Om sparris och tomater in 1907, Om kalkoner, pärlhöns, gäss och ankor in 1908, Om jord och gödslingsämnen samt om potatis in 1909, Så ska vi ha't in 1910, Småbrukets trädgård in 1913, and Blommor i trädgården och i stugan in 1916.

She published many articles in various magazines and newspapers on housekeeping and cookery, among others under the headline “For kitchen and dining-room” (“För kök och matsal”) in the major Swedish daily newspaper Svenska Dagbladet. In a number of her texts, she supported the idea that women should to a greater degree grow vegetables, fruit, berries, medicinal herbs and flowers, partly to supply the household with more nourishing food and partly because these products could be sold and give extra income. In the same way, she wanted to encourage increased and improved poultry-keeping in the country, which could be a profitable side-line on smaller farms in Sweden.

In 1899, Stina Swartling started a gardening school that she advertised as Sweden’s first gardening school for women, since it was run by women and only open to women. The first year, the school was situated at Riseberga farm in the province of Närke. It moved during its first year for practical reasons to Espenäs farm near Lake Stora Hjälmaren, where the Swartling family lived and where growing conditions were better, particularly when it came to irrigation. The pupils, who came from all over Sweden and even from the Nordic neighbouring countries, were lodged in the family’s home. Stina Swartling herself took care of the practical and theoretical tuition, but from the second year onwards she had the help of an assistant teacher who had studied gardening at the gardening school in Haapavesi in Finland. That school was run by Nora Pöyhönen and it was one of the first gardening schools for women in the Nordic countries.

Apart from gardening, Stina Swartling’s school at Espenäs also accommodated a domestic science school with courses in cookery, food preservation and weaving — the pupils could choose freely between courses. The housekeeping association was able to contribute funds to provide free places for poor girls, who were thereby given an opportunity to acquire an education. From 1901, a course in poultry-keeping was offered too. During the courses, the pupils learned to take advantage of, dry and preserve fruits, berries and vegetables. These preserves, glass jars with “neatly arranged contents, small carrots, pickles of all kinds, green and yellow beans …” were displayed at exhibitions and won prizes, as well as being delivered to Stockholm where they were sold through a women’s production association: Kvinnornas Andelsförening Svenska Hem. The possibility also existed of ordering a box of vegetables with products according to season from Espenäs to be sent to Stockholm.

In articles about the gardening school and its activities, Espenäs is described as very beautifully situated near Lake Hjälmaren. On the farm, there were flowerbeds and groups of blooms, and layouts with greenhouses, hotbeds, vegetable gardens and an orchard. The pupils received lessons in cultivating kitchen gardens and flowers, in sowing and watering, soil and manuring, and in the positioning of hotbeds and the cultivation of finer vegetables and fruits such as asparagus, tomatoes, artichokes, melons, grapes and potted plants. They also got to learn about keeping accounts, which was useful in private households as well as possible future enterprises such as for example a market garden. In 1911, the Swartling family moved to Stockholm and the school enterprise at Espenäs farm therefore came to an end.

It was considered by some to be controversial around the turn of the century 1900 for women to be trained in gardening, since gardening was seen as a male profession. Stina Swartling responded to this criticism with the argument that women had been gardening for hundreds of years, and that heavier work was both healthy and strengthening. She put forward this argument in, among others, the gardening magazine Trädgården in 1909: “Gardening is nothing new for women. The new aspect is that women can acquire education in gardening. Since schools for training women gardeners have been opened, first of all in England, then Germany, Finland and Denmark, we here in Sweden have followed suit and similar schools have been organised here as well. When this matter was new, one could often hear it described as: ‘a new invention’, ‘that women are invading men’s fields of work’ and similar. People couldn’t express their unwillingness for women to work in gardens strongly enough”. The gardening magazine Viola’s editor, Knut Bovin, wrote in an article in 1910 that there had been a break-through with women to an ever higher degree having the opportunity to devote themselves to gardening, and that Stina Swartling had had a central role to play in this.

In the magazine Trädgården, its editor Thorild Wulff, a botanist, reviewed Swartling’s latest book Så ska vi ha’t in 1910. He praised it, in the following words among others: “A home ownership book, not a dry and boring book of instructions, but a briskly told, large as life description …”. Wulff was one of several who described Stina Swartling as the female counterpart of Per Jonson Rösiö, the farming reformer, popular educator and home-ownership advocate.

After her husband’s death in 1920, Stina Swartling moved to Köping and withdrew from public life. She died in 1929, at the age of 71, and lies buried at the Southern Cemetery in Norrköping. 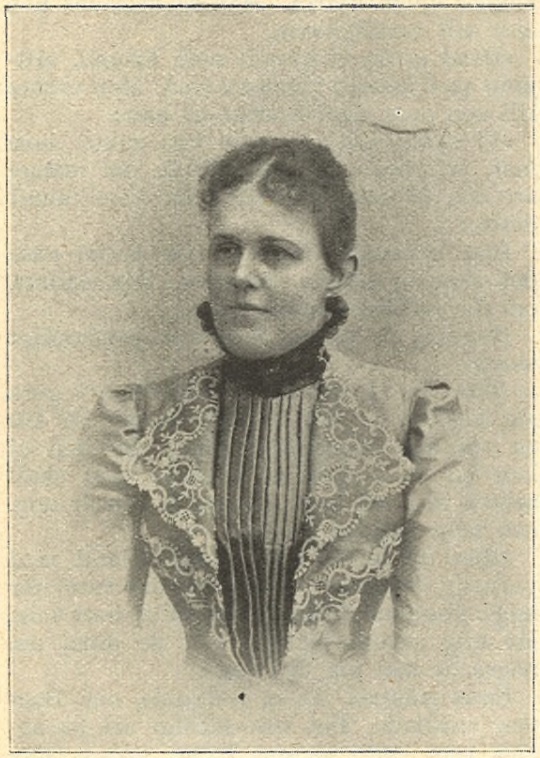