Kerstin Hesselgren was the first school-kitchen inspector and housing inspector in Sweden who later became the first female professional inspector. In 1921 she was elected into the Swedish parliament as its the first female member. She also played a pioneering role as one of the founders of and a chair of Svenska Kvinnors Vänsterförbund (SKV) (Swedish women’s left-wing association).

Kerstin Hesselgren was born in Hofors, Gästrikland in 1872. She was the eldest child in a large family. Her father was a physician for the local works. She has described her childhood as a very happy and active one according to the drafts of her autobiography. She was not raised to be a ‘typical girl’ and instead taught herself to both swim and ski. During the summers she wore boys’ clothes and was accepted as a playmate in her brothers’ games. She dreamt of becoming a physician like her father, but her health and her father’s view that she would not manage physically demanding studies put an end to those dreams. Instead she studied with governesses at home, attended individual courses in physiology and anatomy at university, and was one of the last people to gain a qualification as a barber surgeon. She also managed to learn several languages at a girls’ boarding school in Switzerland, and she completed the Sanitary Inspector’s course at Bedford College in London.

In her role as professional inspector Kerstin Hesselgren tirelessly travelled across Sweden during the period of 1913-1922, inspecting work environments and criticising the poor standards female workers endured. As the first female member of parliament (initially for the ‘frisinnade vilde’ (liberal party) and then for the Liberal People's party) she mainly dealt with women’s rights. She caused quite a sensation when she introduced new items at parliament: higher wages for midwives, maternity pay, that all women should be able to apply for government jobs at the same rate of pay as men, and reduced punishment for abortion. She also advocated sexual education and contraception, a renewed welfare policy, active work for peace, and asylum for post-Second World War refugees. In all these ways she was way ahead of her time.

Outside the parliamentary domain Kerstin Hesselgren was a key figure in the ongoing struggle to allow married women the right to hold professional careers. She was also chair of the national working women’s commission. Alongside all her parliamentary work she also served as chair of the first board of trustees for the Fogelstad Kvinnliga medborgarskola (female citizens’ school) from 1925-1944. She was one of the founders of the Kvinnliga medborgarskola at Fogelstad and regularly lectured there. Her ability to be involved in several enterprises at the same time generated both admiration and suspicion amongst some who believed in strictly toeing the party line.

As the sole female Swedish delegate and expert within the UN during the 1930s and 1940s Kerstin Hesselgren became a well-known and respected politician. She generated a lot of attention when she criticised fascist Italy for invading Abyssinia (modern day Ethiopia) in 1936. Her unconventional and brave activism, independent of external affirmation and dogma, was the most notable aspect of her political convictions. She rarely spoke of her Christian beliefs. It somewhat resembled the Quakers’ approach in its democratic, anti-fascist, and anti-patriarchal approach and she was also close to sympathisers and members of Vännernas samfund (the Friends’ society). Emilia Fogelklou, Elin Wägner, and Natnael and Elsa Beskow were all members. Heavy emphasis on personal honesty and ethical behaviour, which the Quakers also prized, can already be discerned in her election speech of 1922. It served as the basis for her cross-border political activism throughout her life. 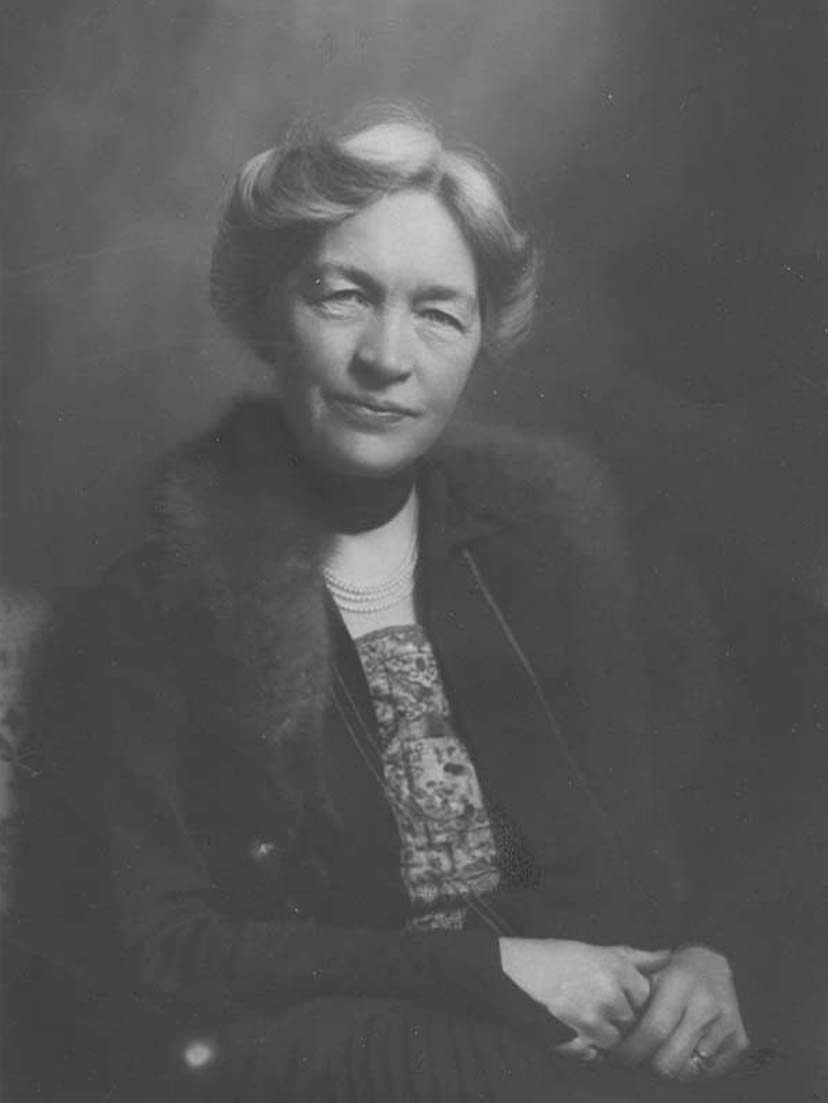