Kerstin Berggren was a librarian, lecturer and acclaimed poetry critic.

Kerstin Berggren was born in 1915 in Södra Möckleby on the Baltic island of Öland. She was the daughter of Viktoria Freidenvall, née Henriksson, an elementary schoolteacher, and Axel Freidenvall, a church organist. She was the middle child with two sisters.

Kerstin Berggren matriculated at the Kalmar grammar school in 1936. After university studies in Lund and her M.A. Degree in 1941, she continued on to study as a librarian at the Statens Biblioteksskola in Stockholm, where she qualified in 1943. Her first librarian appointment was at the city library in Borås, where she remained for over ten years. There she worked with her husband Gösta Berggren, also a librarian, whom she married in 1944. After a shortish appointment at the Örebro city library, she applied at the beginning of the 1960s to the recently established company Bibliotekstjänst in Lund, where she worked as a librarian, editor, lecturer and critic until her retirement.

Kerstin Berggren’s greatest interest was literature, and she wrote poetry herself and also prose, both of which were published in among others the major daily newspaper Dagens Nyheter, Borås Tidning and various cultural magazines. However, her chief literary contribution was perhaps the introduction of Swedish literature, first and foremost poetry, in newspaper and magazine articles. In the magazine Studiekamraten she stood for the recurrent heading “Lyrisk Färdknäpp” during the entire 1980s and the early 1990s, under which she formulated her personal comments, in essay form, on chosen poems. Examples of these very finely tuned observations of chosen poets and their works, are: ”Till min sentida” by Ella Hillbäck; ”Porträttet” by Edith Södergran; ”Två gudlösa böner 1” by Anna Greta Wide and ”Skulden” by Sonja Åkesson.

Kerstin Berggren was a diligent contributor to Bibliotekstjänst’s many small series of pamphlets. During the years, she regularly presented literary themes for library visitors in the series of brochures Vandringar med böcker. And in the series Bibliotekstjänsts bokurval she was a recurrent editor, during a ten-year period presenting book news in various subject fields. One of those series deals for instance with description of Nordic country life, and another takes up literature in the Spanish language. In the series Fredrika Bremer till Eva Moberg from 1965, she lists literature focusing on women in society and in literature. These are above all pamphlets illustrating and discussing the contemporary woman’s two roles: in the home and in the workplace. In this selection can be found literary depictions of women, biographies and life stories. With her husband Gösta Berggren, she was also the editor for Läs vidare, a series of literary guides.

I n her essay collection Så nära varandra from 1965, Kerstin Berggren portrays six women poets from the 1900s: Eva Neander, Anita Nathorst, Karin Ek, Anna Cederlund, Anna Greta Wide and Ebba Lindqvist. There is something that all these poets share, which the title also intimates. The essays are tender depictions of life struggles and personal experiences. Some years later, she was the co-editor of a collection of Kerstin Söderholm’s poems and prose.

In 1969, she was rewarded for her contributions in the literary field when she was the first person to receive the Studieförbundet Vuxenskolan’s literary bursary. The motivation was: “for her low-key but penetrating literary interpretations in the service of education and for the sure dowsing rod with which she has convinced us of the value in some otherwise scarcely noticed authorships”.

Long after Kerstin Berggren had retired, she reviewed fiction and the history of literature for Bibliotekstjänst’s catalogue and she was especially acclaimed as a poetry critic.

Kerstin Berggren died in 1997. She lies buried in the Northern Cemetery in Lund. 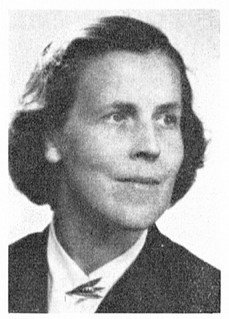