Gunhild Rosén was a significant figure within the world of the Swedish ballet. She was not just a ballet dancer and ballet master but also a choreographer and head of the Kongl. Stora Theaterns (now Kungliga Operans – the royal theatre) school.

Gunhild Rosén was born in 1855. She was taught to dance by Anders Selinder and gained employment at the Kongl. Stora Theatern in 1872. She became its prima ballerina in 1881. It is probable that meeting two of the great stars of the ballet world, namely Isadora Duncan, who danced at Östermalmsteatern in Stockholm in 1906, and Anna Pavlova, who made a guest appearance at Kongl. Teatern in 1908, had made a deep impression on her. These two dancers each in their own way and in completely different ways represented innovations within the art of dance.

It is primarily in Gunhild Rosén’s efforts as a choreographer that one can see the influence of Isadora Duncan. Gunhild Rosén’s work Plastiska danser for young female dancers is a telling example of this. She also choreographed De fem sinnena, in 1915, which was performed by Ebon Strandin, Siri Österholm, and Jenny Hasselqvist. This work was performed on 17 occasions, the last being November 1917. Just as Isadora Duncan would have done, Gunhild Rosén chose music by a variety of composers: Arthur Rubinstein, Moritz Moszkowski, Frédéric Chopin, and Robert Schumann. Her 1918 fantasy ballet, a work entitled Svanorna, was performed thirty times over a two-year period. She also opted to use music by a range of different composers for this piece. Few references are made to her choreographed works, however, and even when they are it is only in passing and noting that they did not achieve the same heights as the balletic insertions she supplied to operas.

Gunhild Rosén was appointed director of the theatre school in 1912. The position of ballet master lay vacant from 1913–1922 and Gunhild Rosén thus filled it temporarily. In 1922 she formally became the first woman in Sweden to be appointed ballet master. 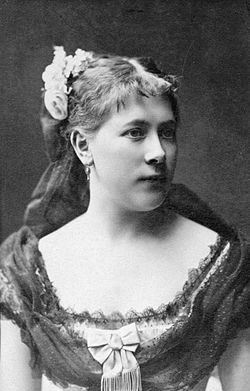