Frida Winnerstrand was an esteemed actor, who was primarily active during the first half of the twentieth century.

Frida Winnerstrand was the daughter of Alfred Kumlin, a tenant landholder who later worked in removals, and his wife Karolina Kristina. She was born in Lövsta, Järfälla, in 1881. Her family also included a younger brother, named Viktor. From 1888–1895 Frida Winnerstrand attended Jakobs folkskola in Stockholm. She then undertook study tours to Germany, France, and Great Britain.

Frida Winnerstrand made her stage debut in 1896 when she was 15. At the time she was a student in Anna Lundberg’s theatre company, of which she was a member from 1896–1900. She then attended the Dramaten (royal dramatic theatre) drama school from 1900–1901 before being employed by Emil Hillberg from 1901–1902 and then by Hjalmar Selander from 1902–1903. In 1903 Albert Ranft hired her and she made her first appearance on a Stockholm stage, at Östermalmsteatern, followed by appearances at Svenska teatern and Vasateatern, where she remained until 1919. Frida Winnerstrand was then permanently engaged at Dramaten until 1943, performing 65 different roles across the years.

Frida Winnerstrand’s roles include Chérubin in Beaumarchais’ The Marriage of Figaro in 1904 at Svenska teatern, Sigrid in Bröllopet på Ulfåsa in 1905 also at Svenska teatern and the following roles at Vasateatern: Lady Windemere in Lady Windemere’s Fan in 1906, Gloria in George Bernard Shaw’s You Never Can Tell and Josette in Mademoiselle Josette, ma femme, both in 1908, the title role in Somerset Maugham’s Penelope in 1910, Signe Kahl in Silkesstrumpan in 1911, Cecily Cardew in The Importance of Being Earnest in 1913, Wally in Die Spanische Fliege in 1914. She also performed the following parts at Dramaten: Lady Chiltern in An Ideal Husband in 1919, Belline in The Hypochondriac in 1927, Julia Körner in Swedenhielms in 1929, Kate Trent in The Bachelor Father in 1930, Mrs Nupkins in The Pickwick Papers in 1931, Adelaide Hagel-Ulfstjerna in Johan Ulfstjerna in 1932, Mrs Åvik in Kvartetten som sprängdes and Essie in Ah, Wilderness both of these in 1935, Mrs Heyst in Påsk in 1939, Mor i Falla in Kejsarn av Portugallien in 1939, Emma in Farmor och Vår Herre and Miss Juliana Tesman in Hedda Gabler, both of these in 1941.

Frida Winnerstrand made her debut on the silver screen in 1920 playing Pauline Brunius in Trollsländan. Her filmwork was sparse and she appeared in perhaps 10 films all told – three of which were made with sound. Some of these films include De läckra skaldjuren in 1920, Lev livet leende in 1921, Herr Vinners stenåldersdröm in 1924, Äventyret in 1936, Blixt och dunder in 1938, and Familjen Björck in 1940.

Frida Winnerstrand appeared, along with her husband Olof, in the Radioteatern serial Familjen Björck which ran from 1936–1943 and was adapted for the silver screen in 1940. In the serial the couple played the married Björck couple named Gösta and Kajsa, who had two children named Ville and Greta, and whose family-life and everyday life is depicted all year round, including the mundane and the special occasions. The couple also worked together on making two records. Frida Winnerstrand’s death brought the very popular radio series to an end as she was impossible to replace.

During her career Frida Winnerstrand primarily dedicated herself to the farce genre and to comedies, and she did so successfully. Initially she played charming young ladies, both innocent and seductive types, whilst in later years she tended to play warm wifely roles as well as some character roles in which her personal warmth and broad-mindedness played a part.

Frida Winnerstrand was married to the actor Olof Winnerstrand from 1906 until his death. They were a well-known, popular and industrious acting couple who often worked together, both on the stage, on film and on the radio. Karl Gerhard sang about the couple in his 1923 song “Lilla Frida och jag”.

Frida Winnerstrand died in Stockholm in 1943. She is buried at Norra begravningsplatsen (the Northern cemetery) in Solna. 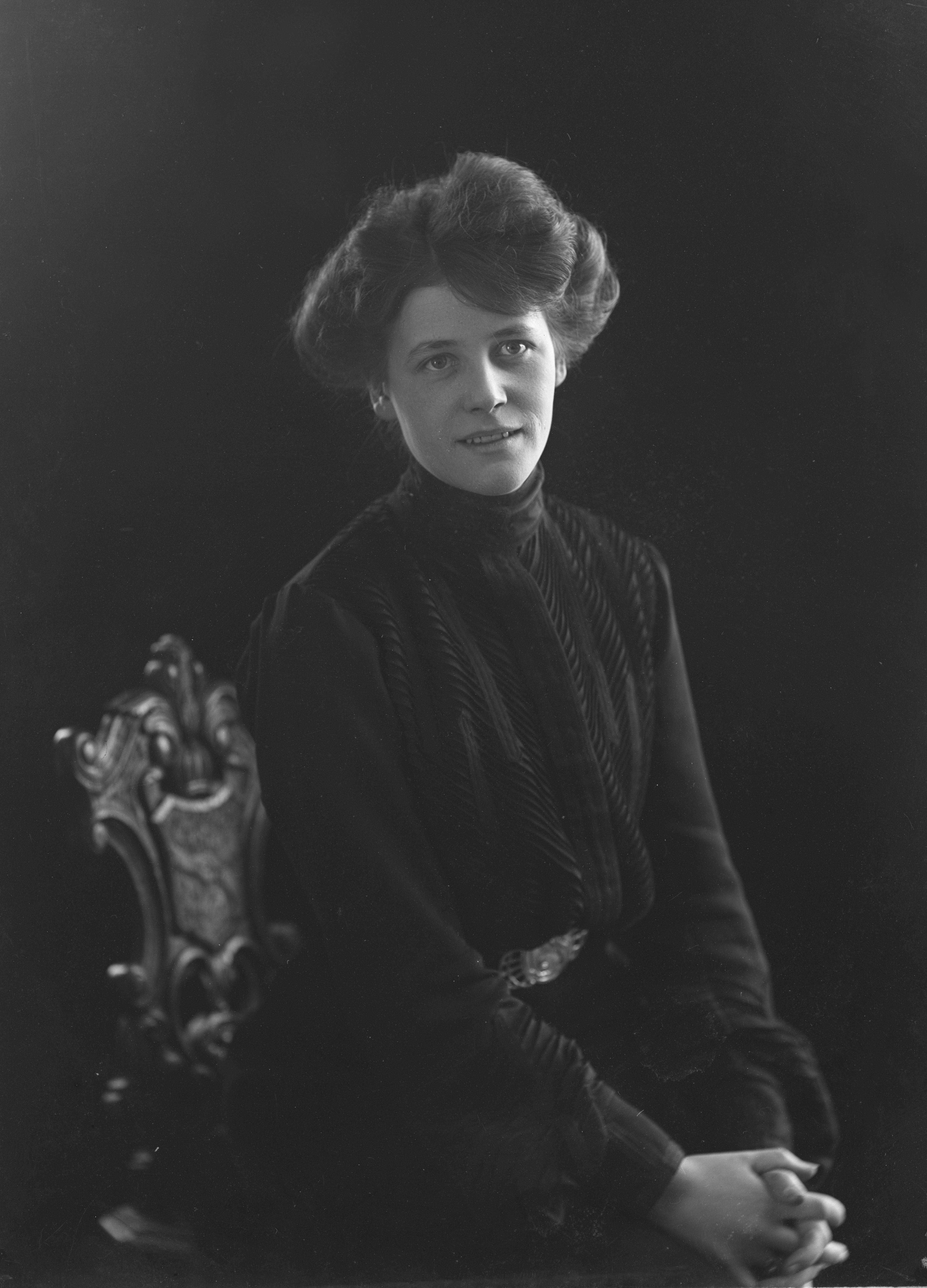