Karin Juel was an eminent balladsinger, author and actress. She and Margareta Kjellberg were the first women members of the music association Visans Vänner.

Karin Juel was born in 1900 in Stockholm, the daughter of Hulda Karlsson. Her mother was single and her father unknown. She was put in a foster home in Jönköping when very young, and she grew up there with the childless couple Bror Engdahl, a wholesaler, and his wife Edla Petersson. Since her foster mother was the aunt of the author Martin Koch, she came in early contact with literature. Koch was one of the first important authors to portray workers in Sweden, in, among others, the novel Guds vackra värld in 1916. When he was a Christmas guest in the family in 1912, he made an immediate strong impression on Karin Juel, and also on the family’s nanny Signe Holmén, who a few years later came to be Martin Koch’s wife. Karin Juel recalled later that this was the first time she “had a clue about what grown-up falling in love and love itself could be”.

Her cousin Martin also wrote songs by which even as a child Karin Juel was inspired. At the beginning of the 1930s, she made her debut with two of his songs: “Lyckan” and “Blomman”. Her warm, intimate voice made an immediate success and led to gramophone recordings and her great break-through on the radio. During the 1930s up until the 1990s, her innumerable recordings of songs appeared on old 78s and LPs and in CD collections. The lyrics of her recorded hits focused mainly on love and nature, with titles like “Kärleksbarometern”, “Ett kärleksbrev”, “Blommornas visa”, “En prästkrage i min hand” and “Rosenrött jag drömmer”.

Karin Juel eventually toured throughout the Nordic countries and participated in a number of radio recordings, often with Sune Waldimir’s orchestra. She participated also in, among others things, Karl Gerhard’s revues and in several films between 1935 and 1961.

As an author, Karin Juel published light-weight novels and a number of translations of similar literature from Danish, Norwegian and English. Her own authorship resulted in about twenty novels from 1933 until 1975 that often united social themes with romanticised contents with titles like Att söka lyckan in 1958, Vem är det jag älskar? in 1967, Den stora kärleken in 1967 and Mitt möte med det övernaturliga in 1972. Several of her novels were translated to Norwegian, Danish and Dutch. In some of her books, Karin Juel took up outsiderhood and problems of “us and them”, for example in Tre fäder in 1942, in which she describes how Arne is bullied by the other children since he is a foster child. He is given support by Tora who has also grown up in a foster home. They both know that there is nothing wrong with them, but rather with those around them who lack understanding.

Karin Juel could also write much more biting texts with political points of view, although she then used the pseudonym Katherine van Goeben. One book under this pseudonym was published in 1945 with the title Ekot av ett skott. In this book, a mother murders her grown-up son who has ended up in the hands of people with an objectionable ideology. The ideology is never given a name, but it is clear that it is Nazism. The murderer’s gender was a radical touch by Karin Juel since it destabilised the prevalent picture of violence in relation to femininity and masculinity. Her book counts as feminine 1940s standby literature, according to the gender sociologist Kristina Järvstad, similar writers being for example Marika Stiernstedt and Dagmar Edqvist. The book amounted to a powerful statement against Nazism, so powerful that Karin Juel received threatening letters when it became known that she was the author. Right up until the 1960s, it happened that swastikas were painted at the entrance to her villa in Äppelviken in Bromma.

Karin Juel’s political standing was grounded in her friendship with Martin Koch and Signe Holmén, who as newly marrieds had moved in to Lagmansgården in Hedemora in 1928. The farm soon developed into a cultural centre at which political awareness was very high and an explicit front against emerging Nazism developed as early as the beginning of the 1930s. Karin Juel is also supposed to have given anti-Nazi performances in Denmark during the German occupation besides being a crusader for the rights of homosexuals at a time when the subject was taboo.

Karin Juel was thrice married and divorced. When she was 20, she married Holger Dahlman. They divorced five years later and she then married Niels Juel, a colonel and singer. After nine years of marriage, they divorced in 1934, and three years later, she married the actor Stig Järrel, a marriage that led to divorce in 1948. She had one son, Bengt Järrel, in her first marriage, and one daughter, Inger Juel, in the second. He eventually became a theatre director and she an actress. Upon marrying Stig Järrel, Karin Juel took his surname, but retained the name Karin Juel as her official stage name.

During the 1950s and 1960s, Karin Juel reached out to an ever greater audience via her columns in the magazine Allers with advice on relationship issues, and via the radio for which she had her own programme series with music for housewives. It was entitled Karin spelar för husmödrar and was unusually open and pedagogical for the times in its design and content. The close contact with her listeners also showed in her being made programme hostess 14 times for the popular celebratory programme Det ska vi fira.

In 1976, Karin Juel was admitted to hospital and knew that the end was at hand. The singer-songwriter Mats Paulsson then visited her, when he had just made the song “Gyllne morgon” popular by recording it. According to Paulsson, Karin Juel “Looked at me with a gentle smile when she said: Do you believe there will be a Golden morning for me soon?”

Karin Juel died in 1976 in Stockholm after a period of illness. She was buried in Berg Cemetery in the province of Jämtland, where she had owned a summer cottage on the shore of Lake Storsjön and at the foot of Hoverberget. She had spent her summers there for 35 years. 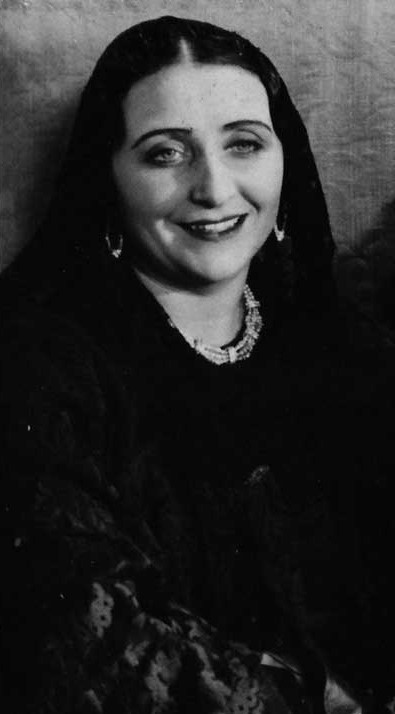