Josefina Holmlund was an artist who devoted herself mainly to landscape painting. In her earlier paintings, she adhered to the academic style by which she had been inspired during her student years in Düsseldorf. In her later works, she moved on to outdoor painting with several depictions of the Nordic landscape.

Josefina Holmlund was born in 1834 at Södermalm in Stockholm. Her father was Nils Zakrisson, a wholesale merchant, and her mother was Johanna Helena Holmlund, née Torsslow. Josephina Holmlund grew up in a relatively wealthy home. Both she and her older sister Jeanette Möller became artists. Josefina Holmlund took lessons in landscape painting in the 1850s for Tore Billing and Edvard Bergh. She was probably also an external student at the Royal Swedish Academy of Fine Arts, besides attending courses at Slöjdskolan in Stockholm (now Konstfack).

In the 1860s, Josefina Holmlund travelled to Düsseldorf where she lived in the home of her sister Jeanette Möller, whose husband, the Norwegian landscape painter Nils Björnson Möller, gave Josefina Holmlund lessons. In Düsseldorf, she dedicated herself to the painting tradition that had developed at the Düsseldorf art academy. Landscapes were depicted with great richness of detail and were well composed, preferably with a slightly anecdotal element in the form of some persons, animals or a boat. In her late painting, Josefina Holmlund moved on to a purer form of outdoor painting. The anecdotal elements disappeared and nature was more directly depicted. It was still magnificent natural views, in particular the Norwegian ones, that attracted her interest.

Josefina Holmlund was a very productive artist but she is sparingly represented in Swedish museums. Her paintings turn up regularly however at auctions. She is an example of an established artist who has partly ended up outside Swedish art history. Works by Josefina Holmlund are to be found in the Länsmuseet in Gävleborg and in the Helsingborg museums. The National Museum in Stockholm and the Gothenburg Art Museum each acquired their first painting by this artist as late as the 2000s.

Rjukanfossen is a waterfall in Telemark in southern Norway. The beautiful landscape has attracted many artists. One of them was Josefina Holmlund who painted this spectacular view in 1897. She was 70 years old at that time and was trying something new – painting out of doors. She had previously painted many landscapes but they were all done in her atelier. In Rjukan, she allowed the beauty and powers of nature to come into their own, exactly as she saw them before her.

Josefina Holmlund died in Stockholm in 1905. She is buried in Norra begravningsplatsen (the Northern Cemetery) in Solna. 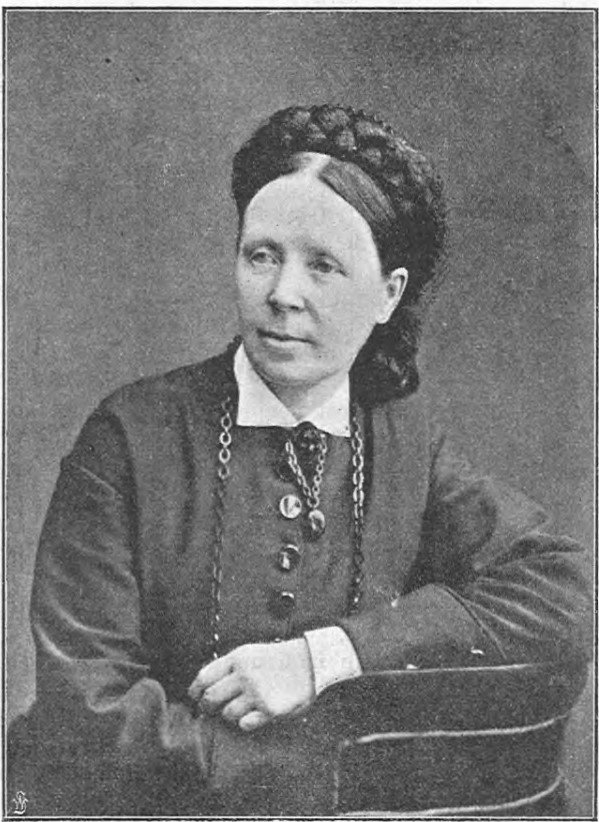