Jenny Ödmann was one of the most productive and read authors of the second half of the 1800s.

Jenny Ödmann was born in Stockholm in 1847. She was the daughter of Johan Martin Braun, a master chimneysweep, and Johanna Susanna Hagelin. Jenny Ödmann used a range of pseudonyms formed on variations of her maiden name of Braun, such as J-y Brn, J. Brun, and even Brown. She is considered by some to be the most successful Swedish author before Selma Lagerlöf. When she was 22 years old she married the publicist Samuel Martin Ödmann, who was 27 years her senior and at that time was the editor of the newspaper called Fäderneslandet. He was also a liberal politician and a member of parliament representing the peasants’ estate. Jenny Ödmann was an active member of the aesthetic and liberal-thinking Utilistiska samfundet (utilitarian society). She was a good friend of Viktor Lennstrand, a leading figure within the society, who has become known to posterity as an advocate of atheism.

Jenny Ödmann’s first publication was her 1867 novel Brottslingen. The story – like many of her other works – has been described as a forerunner to the murder mystery genre. She also wrote so-called ‘capital city mysteries’, a writing tradition which began with Eugène Suès’ Les mystères de Paris, published 1842–1843. Jenny Ödmann’s mysteries were all situated in Stockholm and feature the struggle between good and evil, and heroes fighting off rogues and outlaws. Many of her short stories and novels were published as serials in Fäderneslandet and Stockholms-Tidningen. Her best-known work is Dolda brott. Ur Stockholms mysterier, which was initially published in 1894 as a serial in Stockholms-Tidningen and subsequently, from 1902–1903, as a series of reports along with another of her stories, Ebba Brahes ring. These were sold as pamphlets by so-called colporteurs, travelling peddlers of literature. The last work published in her name was the novel Till ärans höjder, which was published eleven years after her death. 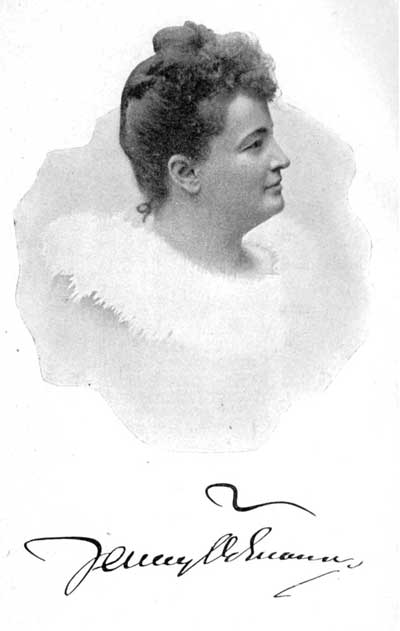