Jenny Åkesson was a pioneer in the socialist movement in Lund and a co-founder of the Lund women workers’ union and also the Lund social democratic women’s club.

Jenny Åkesson was born in Copenhagen in Denmark in 1867. Her parents Karolina Åkesson and Hans Åkesson were living there since their view of religion was not in tune with the Swedish church. Her father was a shoemaker and is registered as a Mormon in the church books, but the family was most probably atheist. Jenny Åkesson was the second surviving child of her mother’s nine altogether. When she was three, the family moved back to Sweden and settled in Malmö. Her parents were poor and her mother Karolina Åkesson worked hard as a cleaner and housekeeper in wealthy families. They were also active in the emerging socialist movement. As often as they could, they attended meetings and lectures. Jenny Åkesson grew up in a family with strong political views and an awareness of the importance of the working class standing up for their rights.

When Jenny Åkesson was twenty, she took on jobs as a maid, first in Åhus and then in Gothenburg. There she met Wilhelm Åhlund who was thirteen years older. He was a brass caster but first and foremost he was a socialist agitator. He had travelled in Germany during his training as a caster and there he had come in contact with the socialist movement. He was active in the building up of social democracy in Sweden, and a friend of August Palm. They had struggled together against the so-called Smithska ring movement, a kind of coalition of workers’ cooperatives under the leadership of Lars Olsson Smith, the “schnapps king”. Palm and Åhlund considered that “Smith’s rings” led workers away from true socialism and that L O Smith’s attempt to organise the workers was just a way for him to sell more of his schnapps.

Jenny Åkesson and Wilhelm Åhlund moved to Helsingborg together in 1889 where they had their first child, Vera, in 1890, although they never married as social norms prescribed. Wilhelm Åhlund was a convinced atheist and atheists were not allowed to marry in Sweden until 1941. However, the couple were married during the Social Democrats’ fourth anniversary party in Malmö on 23 April 1889, and the marriage was performed by the founder of the newspaper Arbetet, Axel Danielsson, who also had it advertised in the newspaper. On 27 April, the following could be read in the Births, Marriages and Deaths section in Arbetet: “United: Wilhelm Åhlund and Jenny Åkesson”. The couple later settled down in Lund and there they had four more children. That the third child was given the imaginative names Signora Salvadora Cassarina Veilantina Carola and the fifth child the equally fanciful names Platus Aristotelus Prins af Marat Ravaskol Pallas Kassario Angeolilo Lusefer Åkesson was doubtlessly a challenge for the clergyman to spell. The names all had their special meanings. They are names of persons in the anarchist, philosophical or socialist movement. Platus must have related to Pontius Pilatus, Aristotelus to Aristoteles, and Prins af Marat was an allusion to Axel Danielsson who often signed his articles Marat, who had been one of the most prominent men in the French Revolution. Ravaskol, Pallas, Cassarino and Angeolilo were all anarchists who were executed for having carried out attacks. Lusefer was taken from the anarchist magazine Lucifer – ljusbringaren.

Wilhelm Åhlund regarded himself as a nihilist and that, in combination with his and Jenny Åkesson’s socialist engagement led several times to his losing his job and the family being ejected from their home. He also travelled around and agitated which left Jenny Åkesson to support their home and children on her own. She was engaged in the socialist movement in Lund and cooperated in founding both the Lund women workers’ union in about 1892, and the Lund social democratic women’s club in 1906. The former was united with the Lund social democratic association in the mid-1890s. She was active in these associations as long as she had the energy but was compelled to retire from this work in the 1930s on account of ill health.

Jenny Åkesson died in Lund in 1941. She is buried with her husband Wilhelm Åhlund in the Northern Cemetery in Lund. 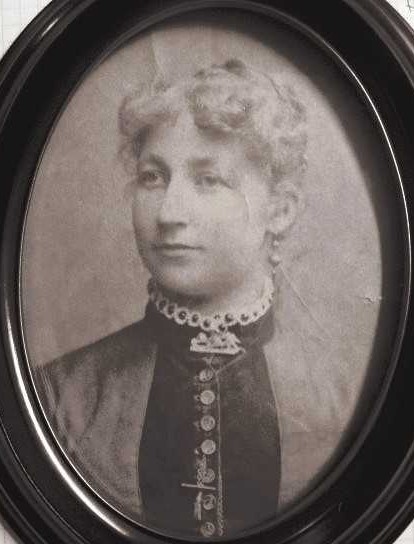