Jeanna Bauck was primarily a landscape painter. Today she is best known for the series of innovative role portraits which she and the Danish artist Bertha Wegmann painted of each other in the 1880s.

Jeanna Bauck was born in 1840. She was the daughter of Dorotea Hansson and Wilhelm Bauck. She grew up in a sizable family in a middle-class intellectual home in Stockholm. Her father was a music teacher and a prominent reviewer. In 1863 Jeanna Bauck moved to Germany, where she studied as a private student with some of the most eminent art academy professors of her era, initially in Dresden with Adolf Erhardt, then in Düsseldorf with Albert Flamm, and finally in Munich with Jósef von Brandt and Dietrich Langko.

While she was in Munich she met the portrait painter Bertha Wegmann. They lived an emancipated life and shared both a home and a studio. The series of epoch-making portraits that they painted of each other contributed to altering the view of the female artist and broke down traditional artistic norms. To pose the question of “who and what am I?” and to publically depict oneself as a subject were complicated issues for female artists within a tradition that had originated within a patriarchal worldview. While in Munich Jeanna Bauck painted what today remains a popular and often reproduced image called Den danska konstnären Bertha Wegmann målande ett porträtt, which is now owned by the Swedish Nationalmuseum. Jeanna Bauck’s painting shows Bertha Wegmann completely absorbed by her work at her easel in their shared studio.

In 1880 Jeanna Bauck and Bertha Wegmann moved to Paris where it was now Jeanna Bauck’s turn to sit as Bertha Wegmann’s model in their new studio and home. In Konstnären Jenna Bauck, which is also owned by the Swedish Nationalmuseum, the subject is seated in an unconventional manner beside a table and her gaze is directed straight at the onlooker. She is portrayed with great integrity and presence. Bertha Wegmann successfully combined the free, independent type of woman of the era – the “new” woman – with the elegance of the middle-class woman. Jeanna Bauck has the tools of her career at her side, namely brushes, a palette and painting rags. She is also holding a book in her hand, which is intended to symbolise her role as an intellectual woman. In the background, through the window, the rooftops of Paris can be discerned. Both artists successfully exhibited several works at the Paris salon and Bertha Wegmann was awarded one of the much sought-after medals.

Jeanna Bauck returned to Munich in 1882, where she established a painting school for female artists. Around the turn of the century she also taught at the Verein der Berliner Künstlerinnen painting school. This was an influential organisation for female artists, which continuously offered drawing and painting courses in Berlin. The posthumously published correspondence of Paula Modersohn-Becker, a student at that school in 1896, revealed her fascination for Jeanna Bauck, both as a teacher and as a person. In the letters Bauck is described as an unconventional and inspirational teacher, influenced by vitalism and its focus on the body, love of life, and cyclical thinking.

Jeanna Bauck exhibited her artwork at Konstakademin (Academy of Art) in Stockholm in 1866, 1868 and 1887. She also participated in many international exhibitions, most prominently the World’s Columbian Exposition in 1893, but also in Sweden as part of Föreningen Svenska Konstnärinnor’s exhibition at Liljevalch konsthall in 1911. Since the 1980s her works have gained particular currency through several Swedish and international group displays, including De drogo till Paris at Liljevalch konsthall in 1988, Women Painters in Scandinavia 1880-1900 at Kunstforeningen in Copenhagen, in Hannover and in Bergen in 2002, Konstnären at the Konstakademi in Stockholm and Moderna Museet in Malmö in 2016, and in Ljusets magi: friluftsmåleris från sent 1800-tal at the Prins Eugen Waldermarsudde in 2016. 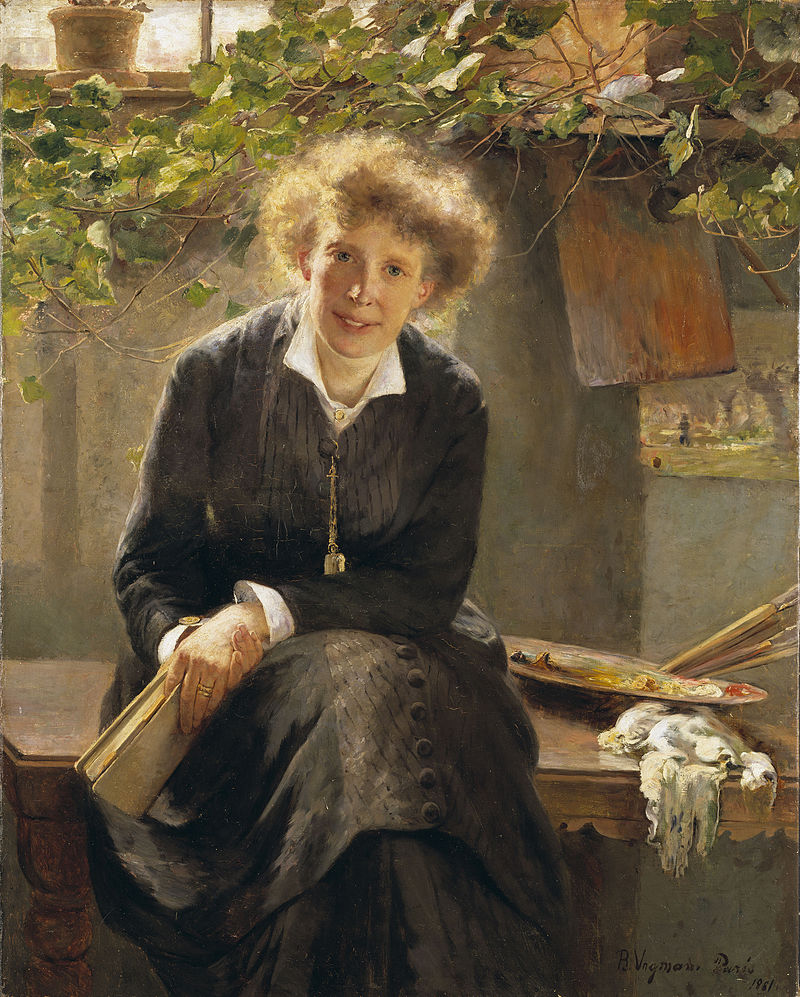