Irma Alexandra Christenson was born in Hunnebostrand in 1915. She was the daughter of director Carl Christensson and his wife Agda and her family included two younger brothers. Irma Christenson attended Högre Allmänna Flickläroverket in Borås and Borås business school. She then began working various office jobs but found her way to the theatre, having harboured an interest in dramatics since childhood. She had been exposed to amateur dramatics during her childhood as her father had set up a local theatre group.

Irma Christenson applied to Dramaten’s school of acting and attended it during the period of 1933–1936. She belonged to a cohort, which included Ingrid Bergman and Signe Hasso, who were amongst the youngest students to have been accepted at the school. During her second year of studies, in 1935, she made her stage debut, stepping in for Inga Tidblad in the Bible-based drama Cenodoxus. After completing her studies Irma Christenson worked at Gothenburg city theatre until 1939. She then found employment at various private Stockholm theatres, including Vasateatern, Nya teatern, and Blancheteatern. During the 1940s she also worked at Malmö city theatre. From 1950 onwards Irma Christenson was employed at Dramaten, performing a total of 70 roles over the ensuing years, from the 1930s to the 1980s. Irma Christenson also made guest appearances outside of Sweden: in Oslo in 1948, in Copenhagen in 1954, as well as on Broadway in 1963 when she played the part of Kristin in a Swedish production of August Strindberg’s Miss Julie.

Some of Irma Christenson’s stage roles include Jessica in a production of The Merchant of Venice and Ann Hilton in Call it a Day, both at Gothenburg city theatre in 1937, as well as Miriamne in Maxwell Anderson’s 1937 productions of Winterset at Gothenburg stadsteater and then at Nya teatern in Stockholm, albeit the latter was under the title of Grå gryning, Margaret in Noel Coward’s Private Lives and Bertha in August Strindberg’s Kamraterna both at Nya teatern in 1940, the Secretary in The Man Who Came to Dinner at Vasateatern in 1941, Asta Allmers in Henrik Ibsen’s Lille Eyolf at Vasateatern, Mary André in Night of January 16th at Nya teatern both in 1942, Mrs Graham in Flare Path at Nya teatern in 1943, Célimène in Le Misanthrope and Elvira in Blithe Spirit both at Nya teatern in 1944, Blanche DuBois in A Streetcar Named Desire at Malmö stadsteater in 1949. At Dramaten Irma Christenson performed as Lola in Kalla mig Ismael in 1951, as Lady Macbeth in a 1955 production of Macbeth, as Alice in The Dance of Death in 1959, as Kristin in Miss Julie in 1962, as Fru Markurell in Markurell i Wadköping in 1966 and as Matha in Who’s afraid of Virginia Woolf? in 1979.

Irma Christenson made her silver-screen debut in 1936 in Per-Axel Branner’s comedy Äventyret which was based on the French play La belle aventure. She appeared in just over 30 films throughout her career including Vi går landsvägen in 1937, Filmen om Emelie Högqvist in 1939, Första divisionen, Landstormens lilla argbigga, and Hem från Babylon all in 1941, Doktor Glas in 1942, Flickan är ett fynd and Elvira Madigan both in 1943, Den osynliga muren and Lev farligt, and Vändkorset all in 1944, Försummad av sin fru and Tant Grön, Tant Brun och Tant Gredelin both in 1947, a short entitled Fängelse in 1949, One Summer of Happiness in 1951, Bock i Örtagård in 1958, and En vandring i solen in 1978. Irma Christenson also worked with TV-teatern including on Det låter som ett hjärta in 1961 and Mäster Olof in 1983, and she also appeared in several television series including I havsbandet in 1971, Ett köpmanshus i skärgården in 1973, Sparvöga in 1989 and Den goda viljan in 1991.

Irma Christenson enjoyed great success on the stage as a comedic actor whilst her silver-screen roles primarily comprised serious characters portrayed with a certain gravity. By maintaining a low profile she remained relatively anonymous to the wider public, thereby avoiding being lumped into a particular genre and therefore given the chance to perform a range of characters displaying her breadth of talent. Christenson’s acting style was modern, low-key, genuine and unsentimental. She did, however, have a particular talent for performing nuanced and psychologically complex female characters, melancholy and bitter women who displayed an air of cool arrogance and emotional distance. These sober character portrayals could nevertheless be full of intensity, bitterness, and dependency as well as a cerain mystique, all of which contributed to her being able to play female characters who were both genuine and multifaceted.

Irma Christenson married twice. She was married to her first husband, civil engineer Carl Axel Strömberg, from 1936–1941. Her second husband was the author Per-Erik Rundquist and their marriage lasted until the latter’s death in 1986. They had a son called Mikael Rundquist who later became an actor.

Irma Christenson received several awards, including the Anders DeWahl stipend in 1938, the O’Neill stipend in 1968, the Läkerol cultural prize in 1973, the Gösta Ekman stipend in 1979, the Swedish Academy theatre prize in 1979, and in 1980 she was presented with the royal Litteris et Artibus medal.

Irma Christenson died in Stockholm in 1993. Her remains lie at Galärvarvskyrkogården (cemetery) on Djurgården. 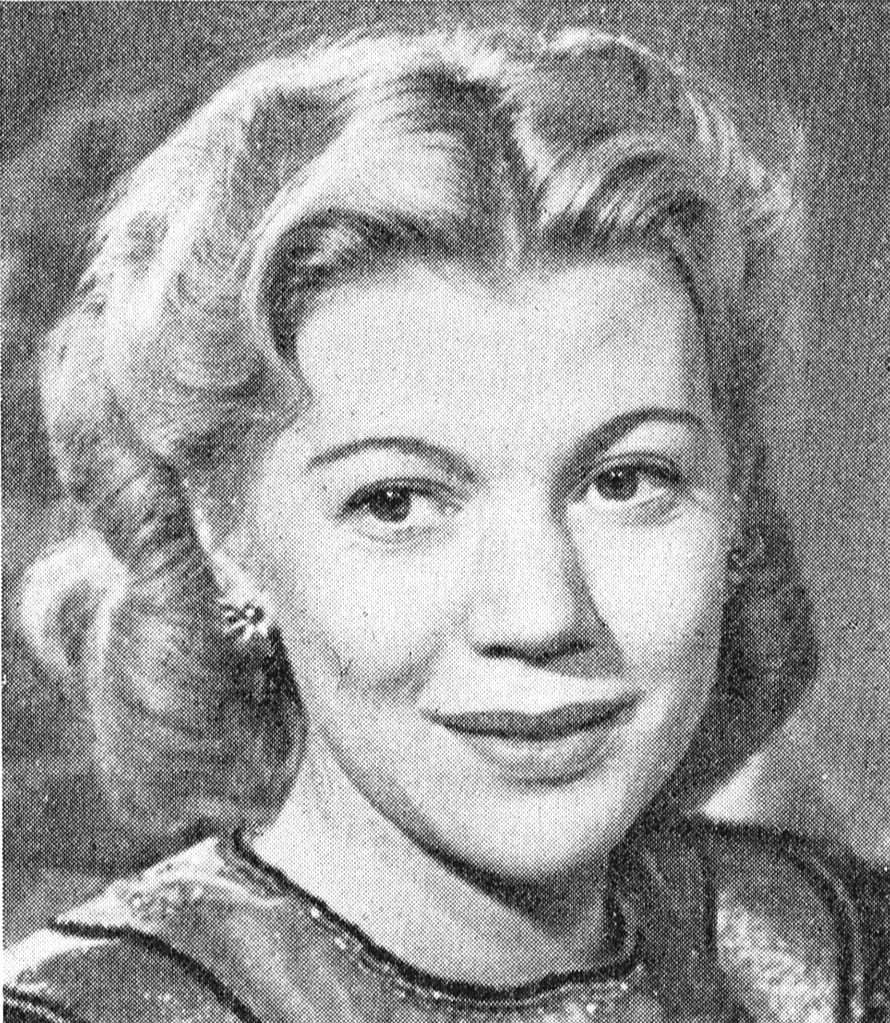