Ingrid Wallberg was born in 1890. She grew up in a large, culturally aware, and linguistically knowledgeable, family at Villa Ekebo in Halmstad. Her father, Alfred Wallberg, was the MD of Wallbergs Fabriks AB, the leading industrial business in Halmstad. Her closest sibling – out of ten – was her sister Lotti, who went on to become a reporter and a writer.

In 1905 Ingrid Wallberg began to attend the Djursholm school, and her last school grade is from the classical studies section at the Stockholms samgymnasium. However, she fell ill and in 1908 she travelled to Berlin to stay with one of her sisters. In 1909 she re-initiated her studies at the urban construction programme in Berlin. In 1915 she enrolled in the architecture class at the Königliche Kunstgewerbeschule in Munich. Whilst doing this course she also took private lessons in constructional drawing and perspective drawing.

Ingrid Wallberg met her first husband, Albert Lilienberg, when he was working at a bridge-construction site in Halmstad. Their civil wedding ceremony took place in 1909, and that year Albert Lilienberg became chief town-planning engineer in Gothenburg. A couple of years later the couple acquired the Stora Gårda estate which became Ingrid Wallberg’s home for the rest of her life. Her first marriage was, however, an unhappy one. Ingrid Wallberg’s constant spells in hospital abroad can almost be taken as a form of exile. She used her time away from home to read thick books on town-planning and philosophy, as well as fiction written in German, English, and French. Her son Björn was born in 1917.

Ingrid Wallberg shared her husband’s professional interests and sometimes they worked together. They put forward joint proposals for several town-planning competitions in Scandinavia and in the USA. They won third prize in Chicago 1913 out of a total of 39 submissions. Following the 1916 town fire in Bergen they submitted a winning proposal there. That same year Ingrid Wallberg entered another Norwegian competition in Skien and her proposal was purchased. She also debated housing issues in the daily press and the trade press and gave talks on the principle of the garden city movement. She criticised the proposal for The Woodland Cemetery in Stockholm due to its lack of a feeling for nature and respect for the dead. She won third prize in a competition for a new cemetery in Malmö in 1916, which also received submissions from Sigurd Lewerentz and Sven Markelius.

Ahead of the Gothenburg exhibition of 1923 Ingrid Wallberg worked intensely with the Förening Hus och Hem (house and home society) exhibition apartments as part of the social welfare section of the display. It was precisely the housing needs of those of little means which piqued her interest and she wanted to simplify things for housewives by supplying light, efficient kitchens and clean air to help them with their housework. Ingrid Wallberg was exhausted by her efforts for the Gothenburg exhibition and afterwards she withdrew to a rest home in St Moritz, Switzerland. Throughout her life she had to endure this rollercoaster ride of intensive work periods followed by recuperation time which involved diets and medication for her troublesome stomach, heart palpitations, and other physical problems.

Ingrid Wallberg and Albert Lilienberg divorced in January 1927, although he had already moved into town in the autumn of 1925. Ingrid Wallberg hired the Stockholm lawyer Mathilda Staël von Holstein as her divorce lawyer and in order to avoid being constantly disappointed she retracted her demand for alimony for her son, Björn. At this point Ingrid Wallberg set up a shop called Blåklockan in Haga where she sold cut flowers and plants that she had grown herself. She also let out most of her estate.

After the divorce Ingrid Wallberg began to focus fully on architecture and during the 1927–1928 period she sometimes travelled to Paris. She interned with the functionalist architect Charles Édouard Jeanneret (also known as Le Corbusier) and in the evenings she and the designer Charlotte Perriand took lessons with Alfred Roth, an architect who was also Le Corbusier’s chief engineer. Ingrid Wallberg’s son Björn lived with his aunt Lotti whenever his mother was in Paris and attended an American school. Meanwhile Ingrid Wallberg rented a place close to Le Corbusier’s office. In the autumn of 1928 Alfred Roth accompanied Ingrid Wallberg to Sweden and together they set up a company called R & W. Their first design for a house in 1929 was immediately appealed by the neighbours. Construction work was repeatedly stopped by court-order despite the support of the planning committee and the county architect. Ingrid Wallberg made her last revision in 1935 and the building was finally completed. Ingrid Wallberg was, however, tired of compromising and sold the house.

Alfred Roth only stayed in Sweden for a couple of years whilst Ingrid Wallberg continued to design apartment buildings, terraced houses, detached houses, and factory buildings in the functionalist style. Her design for master tailor Simonsson’s house in Onsala, which was constructed on rocks with an extensive view, gained national attention.

Ingrid Wallberg had a much happier second marriage, to Gösta Göthlin, chief town doctor, whom she married in 1929. They shared common interests, not just in buildings and roads but also in how people lived in and around their homes. He had started work in Gothenburg at a tuberculosis clinic and as housing inspector and he was the town’s first healthcare inspector. Gösta Göthlin was a great music lover and sat on the boards of the Gothenburg orchestra society and the Lyriska theatre.

When Ingrid Wallberg’s father’s business Wallbergs Fabriks AB developed financial troubles she and her husband and her brother-in-law Axel Rääf stepped in. Ingrid Wallberg served as MD from 1955 until her death, running the business’s foreign connections and travelling to Italy in order to set up a textile industry on the spot with business partners which would allow them to avoid customs and transport costs. She also sought out experienced workers for Sweden. These workers required housing and Ingrid Wallberg designed and oversaw the construction of workers’ homes, new factory spaces, and a hydro station.

Ingrid Wallberg never retired. She enjoyed working with her niece Margareta’s husband, Peter Rautenberg, who was a German refugee who worked on future developments. Having lost her son Björn in 1934 Ingrid Wallberg wrote a will in 1961 in favour of Margareta's and Peter’s son, Sven, who was only 8 years old at the time. When Ingrid Wallberg died in 1965 the national press mentioned the inheritance worth millions and eventually Sven took over the business.

Ingrid Wallberg, with the help of a gardener and several employees, ran a commercial garden business, Stora Gårda Trädgård, with large greenhouses and open land at her estate in Gothenburg. In 1960 she purchased the Kragenäs farm south of Strömstad which she farmed through a factor. At her estate she set up a branch of the Wallbergs Fabriks AB to produce machine felt.

Following four knockbacks Ingrid Wallberg was finally recognised as a member of Sveriges Arkitekters Riksförbund (SAR) (Swedish national association of architects) in 1938. Almost all of the initially hated square boxes with rows of windows and roof terraces designed by Ingrid Wallberg still survive in good condition, serving as a living memorial of a time during which there was a strong belief in improving living conditions for all members of society.

Ingrid Wallberg died in 1965. Her grave at Örgryte church – where her son and her husband Gösta Göthlin also lie – is overshadowed by an enormous rhododendron plant and there is a limestone jigsaw below it. Ingrid Wallberg designed her tombstone herself. 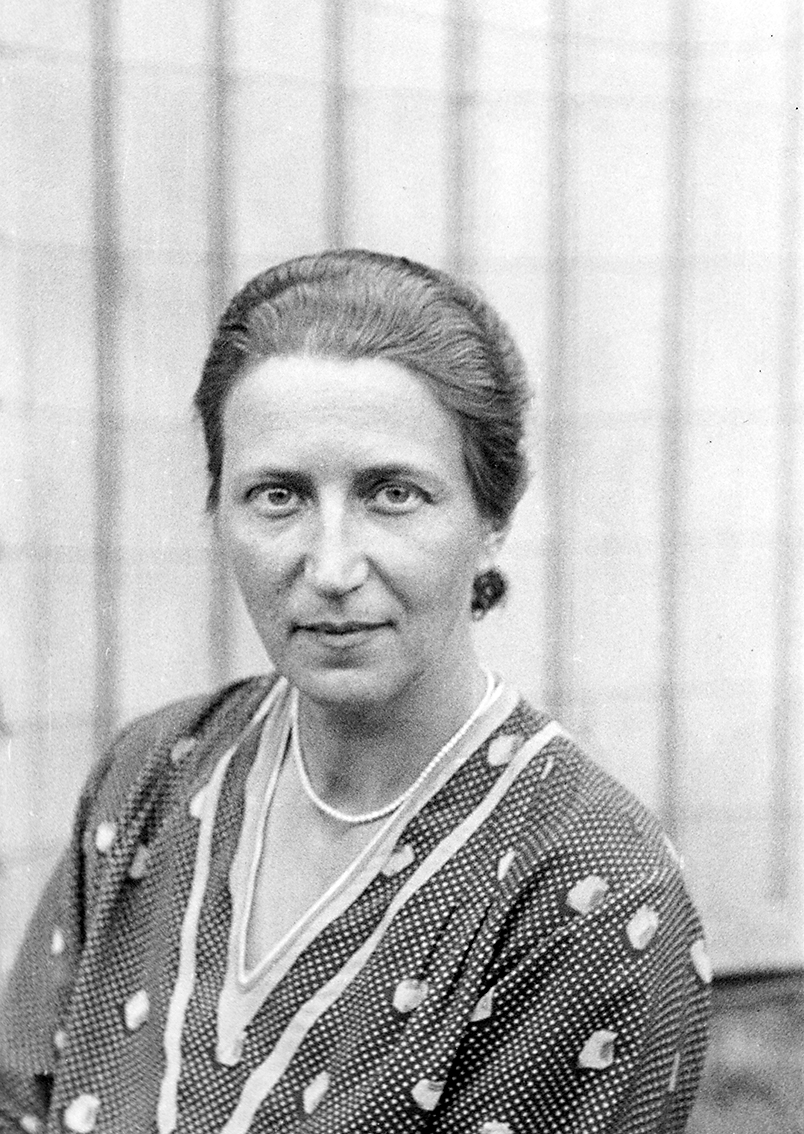