Ingrid Luterkort was an actor, who also taught acting and stage performance, ran a drama school and was one of the first female theatre directors in Sweden. The unusual breadth of her practical and theoretical expertise left a long-lasting mark on Swedish theatre, film, and radio-theatre.

Ingrid Luterkort was born in Lund in 1910. She attended the first Swedish staging of Bertolt Brecht and Kurt Weil’s The Three Penny Opera in Stockholm in 1928. Having trained as a cantor in order to have a profession to fall back upon, she applied to Dramaten theatre school, which she attended from 1932–1934. Her fellow students there included Ingrid Bergman, Signe Hasso, Frank Sundström, and Gunnar Björnstrand. Ingrid Luterkort made her debut on the national stage when she was 23 years old. Whilst still a student at drama school she travelled to Moscow and Leningrad where she saw productions by Stanislavski. The year after she had completing her drama studies she travelled to Berlin on a study trip to attend the drama school and personally witnessed one of Hitler’s mass rallies. At the time she was engaged to Einar Luterkort, a Jewish artist.

Ingrid Luterkort gained employment at Nya Teatern in Stockholm after drama school and also undertook tours with Riksteatern and Folkparksteatern. She made her directorial debut as a 30-year-old at Dramatikerstudion (also known as Svenska dramatikers studio) which had been established in 1940 by the two authors Brita von Horn and Vilhelm Moberg as well as the director Helge Hagerman. Ingrid Luterkort thus became one of the first female theatre directors in Sweden.

Ingrid Luterkort worked at Helsingborg stadsteatern (city theatre) from 1944–1945, when Ingmar Bergman was head of that theatre. Her performances there included the female lead in Bergman’s staging of Shakespeare’s Macbeth. She then worked with Boulevardteatern from 1947–1950. During this time she also ran the Stockholm skolbarnsteater, the first such enterprise in Sweden, which she had set up with John Zacharias. From 1950–1953 she was once again working at Helsingborg stadsteatern, where her performances included the part of Alice in Strindberg’s Dödsdansen, amongst others.

Ingrid Luterkort was the director of Stadsteatern Norrköping-Linköping (now known as Östgötateatern) from 1953–1960 and some of the productions she directed there were Oscar Wilde’s The Importance of Being Earnest in 1956 and the musical Ung och grön in 1959. She also played the part of Mrs Peachum in The Three Penny Opera in 1953 and Alice in Dödsdansen again the following year. From 1960 onwards she freelanced and mounted productions at Stockholms stadsteater, Riksteatern, and Stadsteatern Norrköping-Linköping.

Ingrid Luterkort actually made relatively few film and television appearances when the length of her career is considered. Some of the roles she did appear in were Brita in Barnen från Frostmofjället in 1945, directed by Rolf Husberg, and Agnes Melin in the 1989 TV-series called Tre kärlekar, scripted by Lars Molin. She also appeared in Geir Hansteen Jörgensen’s Det nya landet from 2000, scripted by Peter Birro and Lukas Moodysson, and in Linus Tunström’s TV-films Pepparrotslandet, from 2002, and Mästerverket, from 2006, as well as Måns Herngren’s and Hannes Holm’s 2002 Klassfesten.

Whilst Ingrid Luterkort was both directing and acting at Stadsteatern Norrköping-Linköping during the 1953–1960 period she was also in charge of the associated drama school there. She also undertook further teaching from 1960–1963 at Riksteatern’s newly-established drama school. From 1963–1964 she also worked as both teacher and administrator of the Dramaten drama school. When Statens scenskola (now known as Stockholm dramatiska högskola, college of dramatic arts) was set up in 1964 Ingmar Bergamn appointed Ingrid Luterkort as the school’s administrator and deputy headmaster, positions she retained until 1969. The following year she began teaching the newly-created subject of dramatic studies at Stockholm university, remaining in post until 1977.

From 1969 until 1977 Ingrid Luterkort also served as secretary of Svensk Teaterunion (now Scensverige, the Swedish performing arts coalition) and from 1970–1979 she served as the secretary-general of Nordisk Teaterunion (Nordic performing arts union). Ingrid Luterkort’s teaching experience found expression in her written work, namely Skådespelarens utbildning, from 1976, and Om igen, herr Molander!, from 1998, which describes how Dramaten drama school developed from its inception in 1784 until 1964. Ingrid Luterkort was chiefly responsible for the first, and several ensuing, editions of Theatre Words; she contributed a piece called “Historik över Dramatiska teaterns elevskola” to Den svenska Nationalscenen, published in 1988, and gave an account of her own career in the book Teater i synnerhet, from 2009.

Following a 38-year gap in acting Ingrid Luterkort returned to the stage for Teater Tribunalen’s 1997 production of Macedonian playwright Dejan Dukovski’s Krutdurken, directed by Richard Turpin. During the summer of 2000, when she was 90 years old, Ingrid Luterkort appeared in Marta Vestin’s Kritcirkeln at Krapperup castle in Scania. In 2006, when she performed the part of the messenger Panope in Karl Dunér’s staging of Racine’s Fedra, Ingrid Luterkort become the oldest actor to ever appear in a play at Dramaten.

Ingrid Luterkort was one of the early radio performers, who began in the early 1930s. Amongst other things she read the Dagens dikt (Poem of the day) for many years. In 2005 she made her debut as host of the summer-programme. In 2010, during the same week as her 100th birthday, she achieved another record when she became the oldest reader of Dagens dikt on the P1 radio channel. 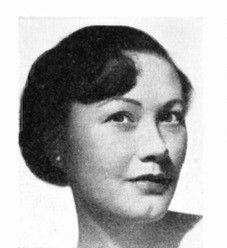