Inger Waldau was one of the first women to break the glass ceiling of the gender pay gap at Riksbanken (Central bank of Sweden) in Stockholm.

Inger Waldau was born Inger Adamina Pettersson at Långö liebruk (smithy) in the northern part of Älvdalen in 1895. Her parents were Karl and Isabella Pettersson. Her paternal grandfather leased the works and served as the master whilst her father was an inspector. Inger Waldau had two older sisters: Anna who was severely injured at and died very young, and Ester Gill who suffered a case of polio at the age of two. Inger Waldau’s family later came to include three brothers.

Inger Waldau loved her life at Långö, surrounded by nature and animals, paraffin lamps, dark winter skies, the smithy’s ember-bursts, and playing with her sister and other children. The start of each school term brought Inger Waldau great sorrow as she had to depart for Fernanderska girls’ school in Örebro, where she boarded with a maternal aunt. When she was only ten Inger Waldau and her twelve-year-old sister Ester Gill began to travel, unaccompanied, by train between Älvdalen and Örebro, including an over-night stop in Kristinehamn.

Långö liebruk went bankrupt in 1910 leaving the family financially ruined. Inger Waldau’s school fees for her final school term were then covered by her maternal aunt’s landlady. Inger Waldau was thus able, in 1911, to begin attending Nya elementarskolan in Örebro on the back of her good grades. She was not, however, able to achieve her dream of matriculating. Her maternal aunt, who worked as a post-office clerk, helped Inger Waldau to get a job at Postverket in Örebro, where she worked for a year until she and her family moved to Stockholm in 1912. Inger Waldau very quickly found work in Stockholm through the mediation of a postmaster who was a friend of her mother’s. She started off as a relief worker who covered absentee full-time employees. Her initial pay was 75 kronor a month. Inger Waldau worked for the Stockholm post-office until 1916, at which point she was 20 years of age. By then her monthly salary had increased to 87 kronor and 50 öre.

Inger Waldau’s parents and brothers moved to Skanör in 1915 as her father had gained a job there with Baltiska Cement. Inger Waldau and her sister Ester Gill remained in Stockholm where they lived in a rented room. The two women subsisted on Inger Waldau’s post-office salary whilst Ester Gill attended Althins school of painting, which was located in the same stairwell as their home.

One of Inger Waldau’s father’s cousins, an employee of Riksbanken in Malmö, spent the summer months working at the Stockholm office. In 1916 he was able to arrange a job placement at Riksbanken for Inger Waldau who then became one of only four female employees at the bank. Her first job involved counting bank notes, after which she moved into the main banking premises and the loans department. There she dealt with the large bundles of bank drafts which came in from other banks requiring the registering of the relevant amounts and addressees.

Inger Waldau’s salary in her new job was once again 75 kronor a month. Her accommodation expenses amounted to 80 kronor a month. The administration at Riksbanken were aware that it was not possible to live on the salaries paid to their female staff and so they were given additional jobs. Inger Waldau’s first boss gave her two extra jobs at the same time: one at Ditzinger’s financial department and another at Kommerskollegium (Board of Trade). Ditzinger sold cloths in a Stockholm shop where Inger Waldau was tasked with the purchasing accounts from abroad and with calculating a price per metre in Swedish kronor. She enjoyed calculating the amounts from various currencies into kronor. Although her salary increased to 100 kroner after a year of working at Riksbanken Ingrid Waldau nevertheless carried on doing the two extra jobs for several decades.

Married women in Sweden were prevented by law from holding public service positions until 1925. Inger Waldau thus reasoned that she would never be able to marry as this would mean she could not provide for her siblings and her parents. However, she then met Gunnar Waldau, who had worked at Riksbanken in Stockholm since 1919. He too contributed towards maintenance costs for his parents and his siblings in Karlskrona and well understood the significance of these duties. In addition to his Riksbanken job he also managed salary payments for the Foreign Ministry and was also studying law.

Inger Waldau rejected Gunnar’s marriage proposals right up until the Riksdag (Swedish parliament) implemented the new ‘behörighetslagen’ (Competence law) in 1925. The amended law gave married women the same rights as unmarried women in holding advanced public service posts. Despite this, a woman’s decision to get married or to have children remained reasons for dismissal from service until 1939. Inger Waldau and Gunnar Waldau got married within the Gustav Vasa congregation in 1924.

Encouraged by her fellow female colleagues Inger Waldau applied for a male post within the statistics section, listed at the 16th degree of the payscale. The job went to a less-qualified male applicant. Inger Waldau’s female colleagues convinced her to appeal the decision. Although she got the job she but was summoned before the parliamentarians in the banking committee who claimed: “We really do not like you going around and causing trouble for the gentlemen in parliament”. Although Inger Waldau suffered negative psychological effects as a result of the process she eventually settled in so well in the statistics section that she remained in post until she retired in 1955. Inger Waldau went from a person who received a salary at the 16th pay level in 1939 to being one of only five women working for Riksbanken who were on salaries on or above that pay grade in 1953.

Gunnar and Inger Waldau, despite their respective dependents, were able to purchase a plot of land on Lidingö where they built a house in the late 1920s. They had two children, Göran born in 1925 and Birgitta born in 1929. Gunnar eventually suffered poor health from working so hard and developed heart trouble towards the end of the 1930s. As he was no longer able to walk up the hill to the house they were forced to sell it at a time when the market was stagnant, namely just before the Second World War broke out. The family moved into an apartment in Stockholm, where Gunnar eventually died in 1941, aged only 53.

The ensuing period was a financially difficult one. Inger Waldau received 390 kronor in widow’s benefit on top of her monthly salary of 790 kronor from Riksbanken. She immediately took lodgers whilst looking for a cheaper apartment.

Inger Waldau took a keen interest in culture. She had a subscription to Konsertföreningen (concert association) for 40 years and rarely missed a concert, and she was always a member of one book club or another. She made an effort to maintain her knowledge of French and English and in her later years she spent lengthy periods of time abroad.

Inger Waldau died in 1999, aged 103. Her ashes are scattered at Långö: her place of birth. 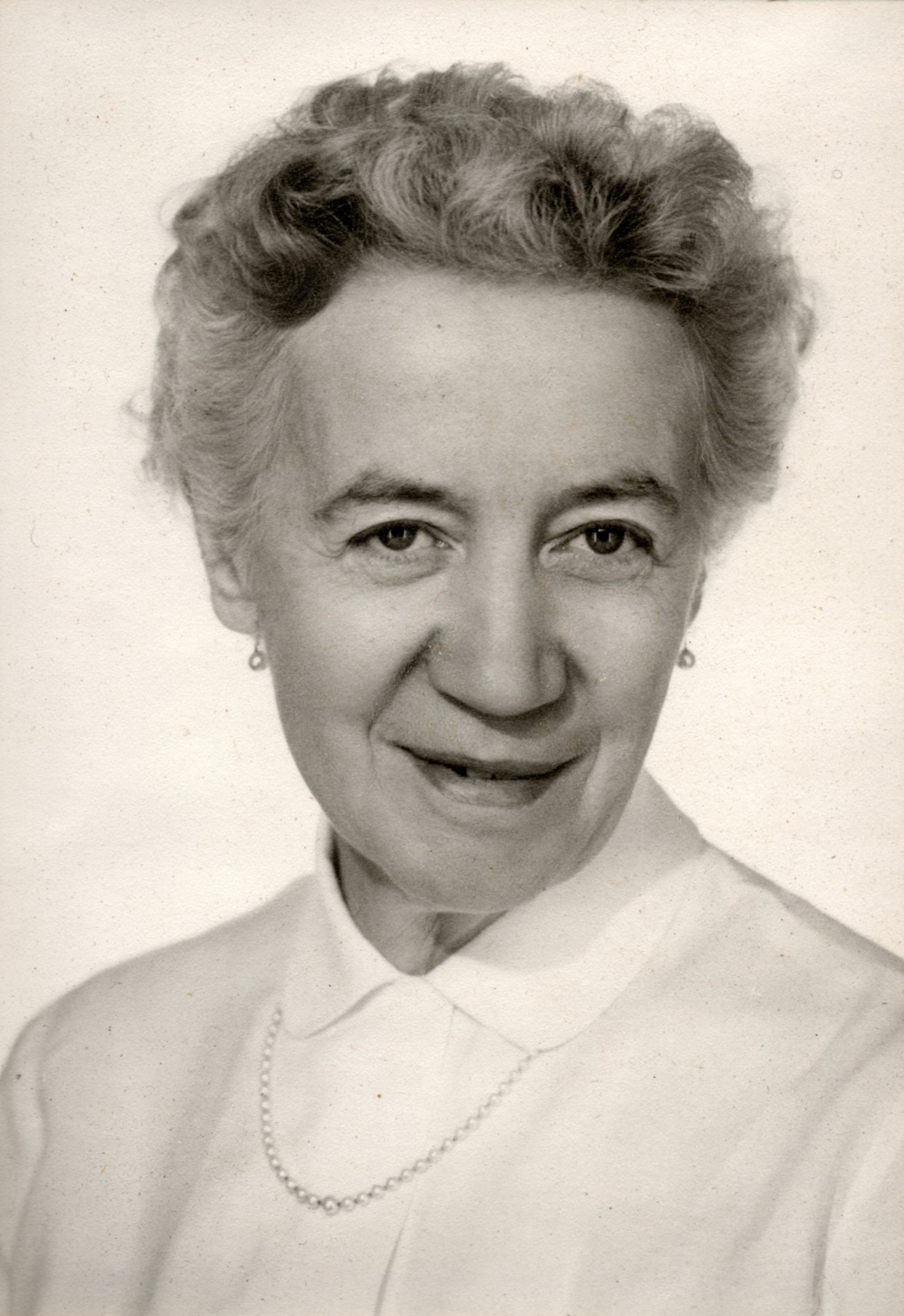