Ingela Olofsdotter Gathenhielm was a successful privateer, businesswoman and shipowner.

Both the Gathe and Hammer families were actively involved in the privateering business which operated out of Onsala. Further, they were financially connected to each other and to other merchants in Gothenburg. At that time privateering, a form of piracy which was sanctioned by the Crown, formed an important aspect of maritime warfare. In order to protect and strengthen their financial interests the newlyweds moved to Gothenburg, to a building which today lies at Lilla Torget 3. The Gathe couple did very well out of privateering. In 1715 Lars Gathe became a burgess of Gothenburg and following his contributions to the great Nordic war both he and his brother Christian were ennobled under the name of Gathenhielm. After Ingela Olofsdotter Gathenhielm lost her husband Lars in 1718 she continued privateering and managed the Gothenburg properties which had previously been jointly managed by the couple, namely the house at Lilla Torget, a garden in Haga, Gamla Varvet, as well as a plot of land at what is now Stigbergstorget, where the so-called Gathenhielm house still stands. The provenance of that house has been much debated from several perspectives but it is likely that it was actually built after both the Gathenhielms had died.

Ingela Olofsdotter Gathenhielm died in 1729 and was buried at Onsala church in the Gathenhielm family tomb. 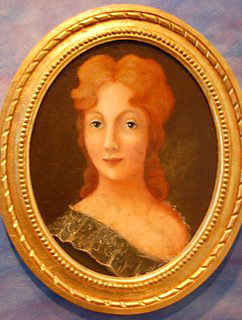