Ingeborg Enander was the resident photographer of Stenungsund, where she was also a well-known local celebrity for 63 years. Her surviving treasure trove of photographs document the town and its inhabitants during the first half of the twentieth century.

Ingeborg Maria Enander was born in Ytterby in 1880. Her father, Johan Bolivar Efraim, was a descendant of the noble Enander family. Her mother, Octavia Beata Sophia Ahlenius, was the daughter of a district tax officer. Her parents leased a farm. The family numbered nine children, all of whom – apart from the youngest son who died of whooping cough at the age of seven months – survived into adulthood.

Very little is known of Ingeborg Enander’s childhood. The decision to become a photographer was one taken by many young women at the end of the nineteenth century. This profession, which offered equal opportunities for both men and women, was a rapidly expanding field in Sweden. The demand for private photographs increased on a par with the technological advances, but the only method of training remained serving as an apprentice to an established photographer. Ingeborg Enander honed her photographic skills in Trollhättan, Skövde, and Borås.

In 1904, when she was 24 years old, Ingeborg Enander was ready to stand on her own two feet. Just like her contemporaries, Mia Green and Henny Tegström, Ingeborg Enander decided to create a niche for herself in a smaller town which did not yet have an established photographic studio. She chose Stenungsund which, at the time, was a fairly quiet coastal community. The photographer Amanda André had previously been based there, albeit her business located in the Sandberg building had been a short-lived enterprise. When Ingeborg Enander opened her studio she was thus filling a commercial vacancy and she would remain Stenungsund’s leading photographer for the rest of her professional life.

Her business took off with a flying start and expanded rapidly. In 1909 she altered her registered business name to Ingeborg Enander & Co as she had taken on a partner named Helga Maria Bäfverfelt. That same year the Stenungsund studio also gained a sister branch in Lyckorna, near Ljungskile. The second branch, which had been taken over from the photographer Robert Lindahl, ran until 1919 when it was sold on to another photographer, Hanna Karlsson. Helga Maria Bäfverfelt stopped working as early as 1915 when she married Ingeborg Enander’s brother, Lennart. Ingeborg Enander’s assistant, Frida Nilsson, carried on working throughout the company’s existence.

Ingeborg Enander’s studio took the form of a glassed-in veranda at the stately house she had had constructed during her early years in Stenungsund. The builder, Alfred Bohlin, and his sister, Julia, briefly lived in the house with her whilst waiting for their own house to be completed. From photographs of the interior of the photographic studio one can see a spacious room, abounding in natural light, with imposing tripods and hand-painted screens which served as backgrounds for studio portrait photographs. Photographic techniques of the first half of the twentieth century demanded sharp lighting and until the 1920s camera shots were accompanied by a powerful flash powder known as “the Enander smokebomb”. Later similarly strong single-use bulbs were adopted.

Although Ingeborg Enander’s surviving archive of photographs also includes images of shop interiors, scotching, and typical Stenungsund buildings, it was primarily people that she photographed. Of the over 15,000 negatives which currently lie in Bohuslän museum the overwhelming majority of them are portraits taken either in the studio or in a given model’s own home, frequently on the porch or in the garden. Ingeborg Enander & Co’s clients came from across the social spectrum and from throughout Bohuslän, including Orust, Tjörn and the smaller islands. Just like most photographic companies at that time Ingeborg Enander’s company offered a selection of postcards depicting local views, although their main marketing tools were the so-called “photo-boxes” placed at the front of the Enander building and at Stenungsön bathing spot: these were glass boxes which displayed newly-taken portraits. In a small community where most people knew each other these photo-boxes served as a type of advertising placard, celebrating newly-graduated students and newly-married couples.

‘Miss Enander’, as she was known, captured all phases of life – from babies’ portraits to funeral gatherings – in a lasting photographic format throughout her 63-year period of activity, becoming a well-known and highly esteemed local celebrity in Stenungsund. Her time in the area coincided with a period of revolutionary industrial growth, whilst photographic techniques evolved from using glass plates and powder flashes to negative films and colour slides. Through all these changes Ingeborg Enander retained her position as the chief photographer and first lady of Stenungsund. Despite the fickle nature of fashion she maintained her own style, always garbed in a dress or a skirt and blouse, accessorised with her characteristic black ribbon bearing a single pearl around her neck. She was as well-known for her professional skill as she was for her friendliness. When the earliest ‘box cameras’ first became available to the general public she often took the time to give encouraging advice to hopeful amateur photographers.

Ingeborg Enander’s profession determined her lifestyle. It was not until 1967, when she was 87 years old, that she decided to wind up her company. In 1971 she donated her entire archive of photographic negatives, comprising around 15,000 images, as well as cameras, darkroom- and studio equipment, to what was then Uddevalla Museum and is now Bohusläns Museum. The value of her archive, as a document of a particular era, cannot be over-estimated, particularly given that Ingeborg Enander kept meticulous records of the people she photographed. This means that the majority of individuals she made portraits of can still be identified and the images dated, details which are not often replicated in the work of other early photographers. A large number of her photographs can currently be accessed digitally on Västarvet’s homepage through DigitaltMuseum.se.

Very little is known of Ingeborg Enander’s private life. She never had a family of her own but had an extensive contact network and enjoyed a prominent position in the social life of Stenungsund. She was, for example, a member of the church sewing association which funded the erection of Stenungsund chapel through fund-raising and workhouses.

Ingeborg Enander died when she was 96 years old. She died in her own home in 1976 and is buried at Norum cemetery on the outskirts of Stenungsund. 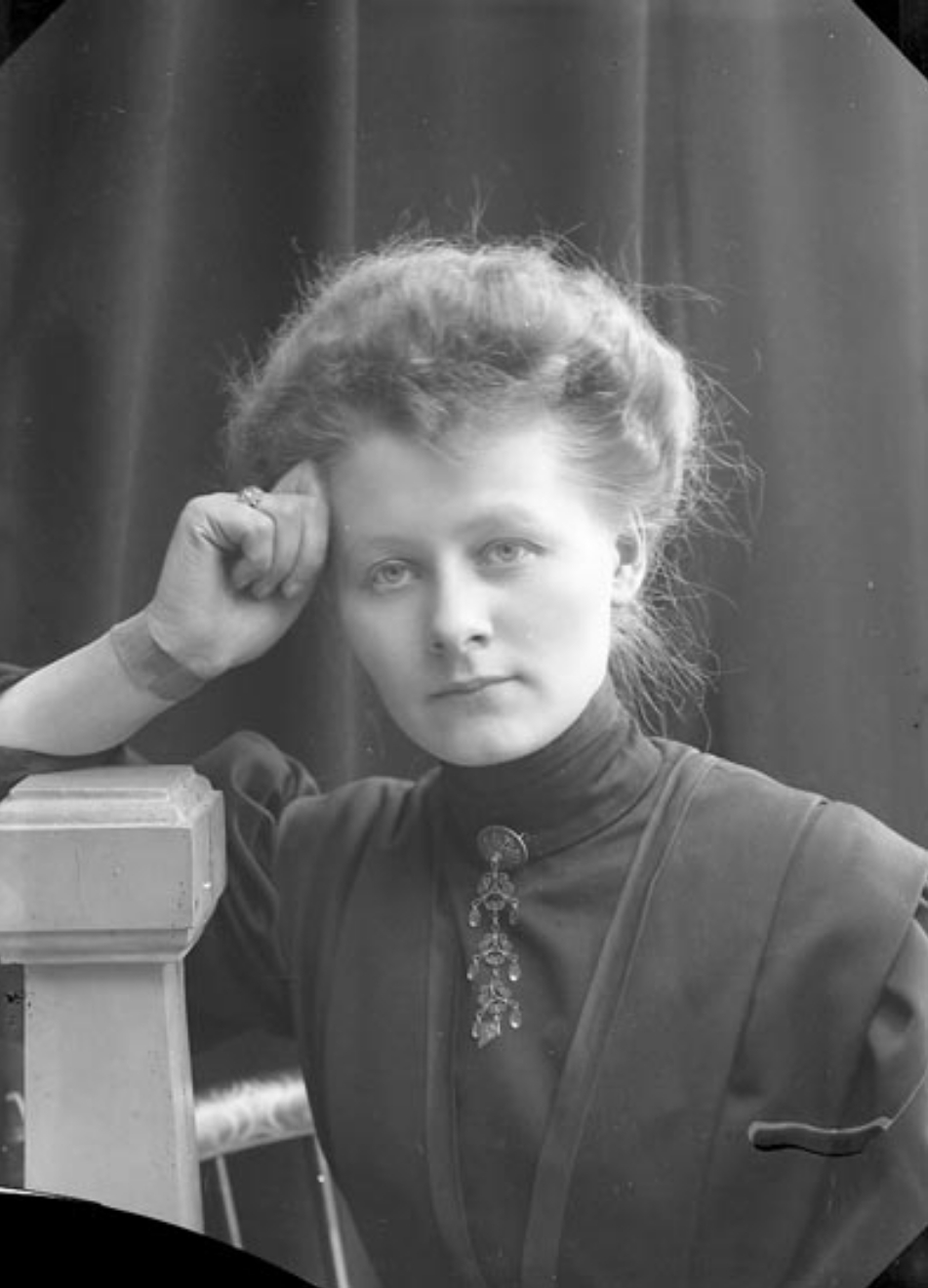