Ida Andersson was a free church preacher in the province of Västergötland in the west of Sweden and an enterprising Baptist leader of the Slättmission in the region of Skara.

Ida Konstantia Andersson was born in 1889 near Skara. She was the daughter of Johan Alfred Andersson, a shoemaker and his wife Inga-Stina, née Johansdotter. She grew up in a poor but hospitable home with three siblings. The family was engaged in the church. Ida Andersson lost her religious interest in her teens, but as a nanny in Skara she came in contact with people who led her to experience conversion. This was a permanent joy to her and she started telling others about her experience and her faith. She felt that it was God’s will that she should dedicate her life to being an evangelist.

In the autumn of 1911, she participated in pastor John Ongman’s bible course in Örebro and was accepted as an evangelist for the Örebro mission (ÖM), when she was 22 years old. She was also baptised into the faith there. She did not receive any further education at the Örebro mission school. Apart from elementary school, the bible course was thus her only education for what became her life’s work. The lack of education was compensated for through her bespoken ability to capture people with her way of speaking. The confirmation clergyman Gunnar Olén recounts how Ida Andersson was described: “Next week Ida from Skara is coming here and then Olén is going to see a woman who is lucid. She can preach gloriously and sing too. She’s quite simply unusual.”

Ida Andersson served ÖM as an evangelist in various places in 1911–1916. Thereafter she moved to Skara and worked in the region for the rest of her life and remained unmarried. She was not only an evangelist but also to a great degree an entrepreneur. She saw the need for spiritual activities and premises for church services in many smaller villages and hamlets. In Vinköl she bought a house in 1918 that she rebuilt to make the first chapel in her enterprise. That continued until she had about thirty rebuilt chapels. Not many of them have survived today in the Västergötland countryside.

Ida Andersson arranged summer camps mainly for city children and camps for young people. In 1923, a mission home was opened in a house in Skara, with pastor John Ongman from Örebro as the ceremonial speaker. For ten years it was the centre of Ida Andersson’s enterprise. In 1933, a new mission home was opened in Lundsbrunn and she moved there. She called it Bidalite (Bide awhile) since the idea was that evangelists and missionaries returning home and in need of rest or who had “completed their life’s work” should be able to stay and “bide awhile” until they regained their strength or to enjoy some good final years.

Ida Andersson can be included in the tradition that John Ongman represented that with inspiration from the Anglo-Saxon Holiness movement explicitly and sharply pushed for women’s right to preach the gospel. She did not see herself as a pastor but as an active preacher. Many of the Slättmissionen evangelists were young women from ÖM’s bible course in Örebro working wherever spiritual activities were needed.

From the Holiness movement, Ida Andersson also adopted the so-called second work of faith principle. She did not make public her economic needs for her chapel buildings but counted “in faith” on God’s provision. Her principle was that all chapels must be debt-free when they were consecrated. In her environment, this was called “faith’s gift of grace”. It was combined with strong entrepreneurialism. However, the most important thing for her was that people came to faith, were baptised and became members of congregations. To give the evangelists tuition and inspiration, conferences were organised annually from 1940 by Edsvära congregtion along with other local congregations. Ida Andersson was in great demand as a speaker at meetings and conferences in various churches and societies. The radio and newspapers also wrote reportages on this remarkable woman. As a person, she was cheerful and spontaneous, found making contacts easy and inspired such confidence that many came to her as a spiritual leader. Simultaneously, she had a self-awareness that inspired respect but could sometimes create problems in personal relationships. She saw herself quite simply as “Ida Andersson, called by God to serve him”. The people closest to her in her team were the Norwegian sisters Aasta and Gerda Thuen, Margareta Malmberg and Stina Svensson, who after Ida Andersson’s death in 1974 was to succeed her as the leader of the Slättmissionen enterprise. 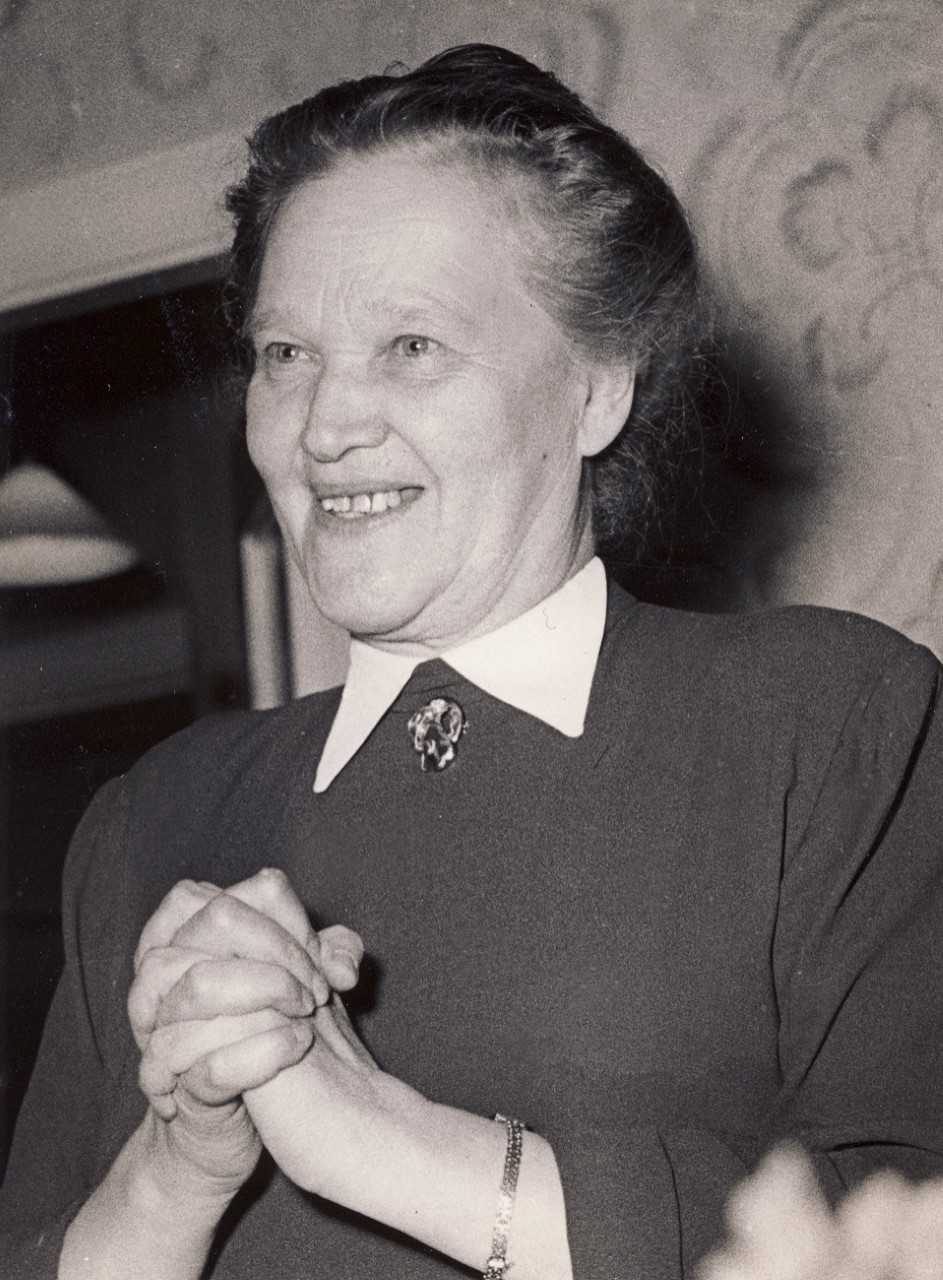