Hildegard Thorell was a versatile painter and designer. She is represented in many museums, mainly in Sweden.

Hildegard Thorell was born in 1850 in Kroppa in the province of Värmland. Her parents were Hildegard Bergendal, née Wennerlund, and Filip August Bergendal, a works owner. She had several siblings. The family moved eventually to the province of Dalarna. Even as a child, Hildegard Thorell painted a good deal. When she was about 16 years old, she was allowed to accompany her sister to Stockholm where she took private lessons in drawing and painting.

When she was 22 years old, Hildegard Thorell married Reinhold Thorell who was eleven years her senior. He was an auditor ¬– a lawyer who handles legal matters in the military, and he was later appointed vice circuit judge. He encouraged her to train as an artist. In 1876, Hildegard Thorell started as the only married woman pupil at the Royal Swedish Academy of Fine Arts in Stockholm. She studied for Johan Christoffer Boklund and Georg von Rosen and continued after completing her studies at the Royal Academy to study for the portrait painter Bertha Wegmann in Copenhagen. The Dutch-German painter James Marshall had started an art school in Dresden and that was the next place of study for Hildegard Thorell.

After that, she studied for a few years in Paris and shared an atelier with Julia Beck, Anna Munthe Norstedt and Elisabeth Keyser. Every week, the portrait painter Léon Bonnat and the painter and sculptor Jean-Léon Gérȏme, both teachers at the École des Beaux-Arts, arrived to see how the young painters’ skills were developing. The painter Jules Bastien-Lepage was also their teacher. In the Paris Salon in 1880, Hildegard Thorell contributed the portrait Miss Gay, that was later exhibited in Sweden and purchased by the Gothenburg Art Museum. That was her breakthrough.

That Hildegard Thorell had left her husband to paint aroused a great stir in the Stockholm of that day. The magazine Fäderneslandet wrote about it but their friends and they themselves took it all calmly. After her time in Paris, the Thorells settled down on Djurgården in Villa Thorell. Hildegard Thorell undertook several study trips to among other places Italy and the Netherlands. She was appointed agré at the Royal Swedish Academy of Fine Arts in 1883. Before 1887, this title was awarded to younger artists who were not considered mature enough yet to be accepted as members, but who worked in the spirit of the Academy. This contributed to the so-called “opponents’ protests” in 1885, when over 80 artists, among them Hildegard Thorell, called for modernisation and reform of the Academy’s art education, exhibitions and support to artists. Since their demands were rejected, the opponents started the association Konstnärsförbundet of which Hildegard Thorell was a member in 1886–1891.

She exhibited with Anna Gardell-Ericson and Charlotte Wahlström among others in 1885 at Carl Suneson’s book and art shop. There she displayed three pastels. In the autumn the same year, the opponents had their first exhibition at Blanch’s konstsalong in Stockholm. At the premiere, there were 155 works by 59 artists. Among them were Erland Josephson, Carl Larsson, Anders Zorn, Bruno Liljefors and Jenny Nyström.

Hildegard Thorell was elected a member of the association Sällskapet Nya Idun in 1886, a women’s association with scientifically, literarily, artistically, pedagogically and socially active women. The founders were Calla Curman, Ellen Key, Ellen Fries, Amelie Wikström and Hanna Winge. During the coming years, Hildegard Thorell always exhibited different portraits at the association’s meetings. She was also represented at the World Exhibition in Paris in 1889.

From the beginning of the 1890s, Hildegard Thorell was a member of the artists’ association Svenska konstnärernas förening, and she participated in their exhibitions. After having left the opponents, she belonged to the conservative group of artists. In 1891, she was engaged in a completely different context, the women’s association Svenska kvinnoföreningen för fosterlandets försvar. She was elected firstly as a substitute, but in due course as a full board member and she was a member of the “Gåvokomité” [sic!]. She was active in this context until her death.

When Sweden’s Allmänna Konstförening exhibited in 1892, the visitors’ gaze was drawn to a portrait of a lady in white in full figure signed Hildegard Thorell. From the turn of the century onwards, she painted many portraits, among others of the opera singer Carl Fredrik “Lunkan” Lundqvist, Queen Victoria and Arthur Hazelius, the founder the Nordiska Museet and Skansen. She participated in Nordic art exhibitions in Copenhagen and in the association Föreningen Svenska Konstnärinnor’s exhibition at the Royal Academy of Fine Arts. Hildegard Thorell painted above all large full figure pictures such as Damporträtt and Modersglädje. In the latter, a brown-eyed young woman with her red hair braided is sitting with her newborn baby at her breast. Her facial expression is mildly smiling, proud, satisfied and loving. The painting Sorgklädd dam shows a woman’s pale, distressed face framed by black mourning clothes against a dark background. Both these oil paintings are in the National Museum in Stockholm. Hildegard Thorell’s portraits, especially of women, are influenced by impressionism but also with elements of pre-Raphaelite paintings. She painted hair so sensitively that it looks real. She seems to have captured her models’ characters, and their eyes look almost alive. She also had a strong feeling for light and colour. One good example is Ung kvinna med solfjäder, painted in 1893.

Hildegard Thorell participated in international exhibitions in Lübeck, Munich, Copenhagen and Barcelona. She spent the summer of 1905 with her artist colleagues Per Ekström and Nils Kreuger in Borgholm and a few years after that she was in Volendam.

The Thorell couple had a rich social life at Villa Thorell on Djurgården. They often gathered together the foremost artists, authors and other cultural personalities whom they entertained lavishly. Hildgard Thorell was described as cheerful and a true friend and she smoked cigars. In their villa she also had her atelier and the walls were decorated with the works of her artist colleagues.

After a long illness, Reinhold Thorell died in the summer of 1914. Hildegard Thorell had thereafter a break from exhibitions in Stockholm but was represented anyway at the Baltic Exhibition the same year. In 1917, she had a separate exhibition at the Royal Academy of Fine Arts and participated in the Liljevalch spring salon in 1922. Hildegard Thorell is represented at a large number of museums, among them the National Museum, The Gothenburg Art Museum, the Nordiska Museet and Lübeck Museum.

Hildegard Thorell died in her home after a brief illness in 1930. She was 79 years of age. In her will, she donated some of her art to public institutions, among them the National Museum, the Nordiska Museet and other museums in the country as well as to the Akademien för de fria konsterna. She also donated funds to the Skytteförbundens överstyrelse to be administered under the name Reinhold and Hildegard Thorell’s donationsfond. In 1932, a memorial exhibition was shown with her art at the Royal Academy.

Hildegard Thorell is buried with her husband in Solna Cemetery. 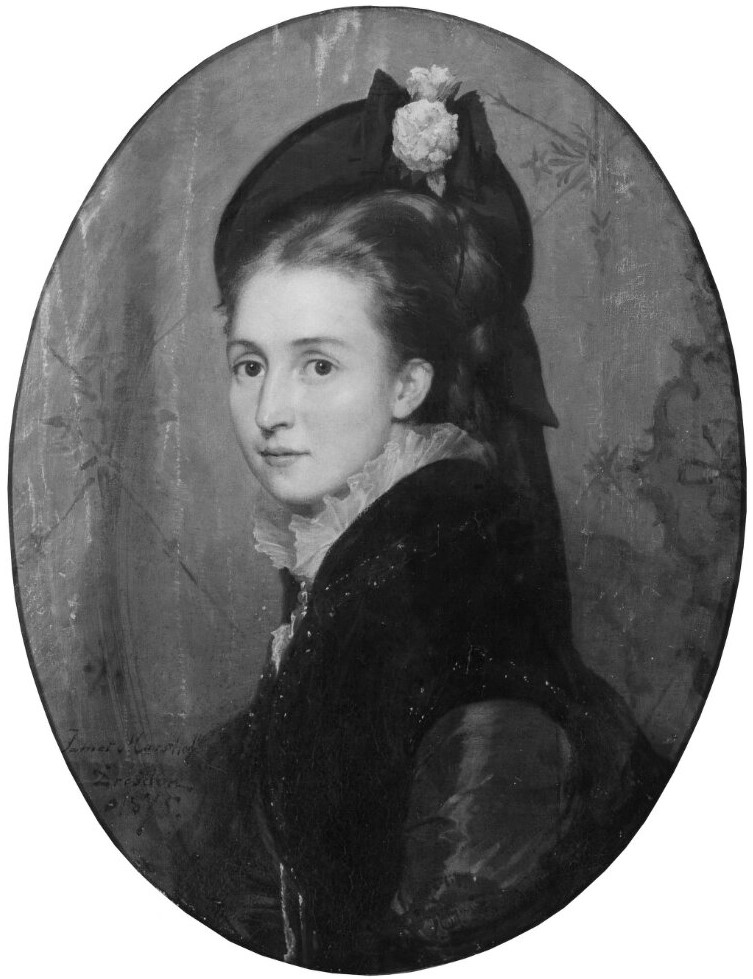