Herta Svenson was a teacher, an educator, a social worker and the first ever personnel consultant in Sweden. She strove to facilitate women’s access to paid employment and to educational opportunities, whilst also facilitating meeting places that cross class boundaries.

Herta Svenson was born in 1886 in Simrishamn. She was an only child. Her father was a businessman who abandoned the family home when she was young and Herta Svenson was brought up by her mother. She trained to become a teacher at the Privata högre lärarinneseminariet (private advanced teacher training programme) in Stockholm. During her student years she was active in radical Christian circles. In 1908 she was appointed as a governess by Natanael and Elsa Beskow in Djursholm. Subsequently she worked as a teacher at Samskolan (co-educational school) in Djursholm, where Natanael was the headmaster, and at Hampnäs folkhögskola (public college) in Örnsköldsvik. Herta Svenson, along with Natanael Beskow and a number of female teachers and students, were involved in planning Birkagården, the first settlement place which was completed in 1912 and intended to bridge class divides.

In 1911 Herta Svenson was part of an appeal for increased contact between female students and female workers. Ensuing meetings resulted in proposals to establish summer camps for children from working-class families and highlighted working women’s needs for recreational time. These became the focal issues for “stugrörelsen”, an informal network based in Stockholm which subsequently became institutionalised and widespread. Through this network Herta Svenson came to know women like Kerstin Hesselgren, Ida Fischer, Honorine Hermelin and Emili Fogelklou.

On Kerstin Hesselgren’s suggestion Herta Svenson was employed as a “fabrikssyster” (factory matron) in 1916 at the state-owned Svenska Tobaksmonopolet. She spent three months working incognito as a tobacco worker before she took up her post. Her job as “fabrikssyster” entailed responsibility for a range of issues related to the workers’ social conditions. In 1921 the position was renamed “personalkonsulent” (personell consultant). Herta Svenson is believed to have been the first person in Sweden to hold that title. Along with Ester Låftman she worked to extend and broaden Svensk Tobaksmonopolet’s social engagement, which came to include canteens, day care centres, children’s camps, recreational centres, settlement places, vocational schools and convalescent homes.

Herta Svenson’s work with Svenska Tobaksmonopolet is recounted in Gerda Meyerson’s Arbeterskornas värld, 1917. As “fabrikssyster” Herta Svenson was responsible for the shared sickness and funeral funds of the tobacco workers, and she also made home visits to workers who were off sick. She quickly realised that workers had limited opportunities for rest and recuperation given their cramped living conditions, and thus she established a convalescent home, initially at Vikersvik in Värmland, and subsequently at Rockesholm manor. Herta Svenson also founded Södergården settlement place, an apartment in Södermalm in Stockholm. Svenska Tobaksmonopolet initially subsidised the rent and Herta Svenson managed the enterprise during her spare time. She also lived next-door to Södergården for the period from 1916-1923. Subsequently, responsibility for the enterprise fell to the company. A vibrant series of courses were offered at Södergården as well as a range of other leisure activities.

As personnel consultant Herta Svenson was an active member of Socialarbetare inom industri och affärsvärld (SAIA, the association of social workers in industry and business) as well as of International Industrial Relations Institute (IRI). Herta Svenson’s involvement in the settlement movement and SAIA, and her connection with Kerstin Hesselgren, also brought her into contact with Kvinnliga medborgarskolan (the civic women’s school) in Fogelstad, where she was a member of the board of trustees and gave lectures. 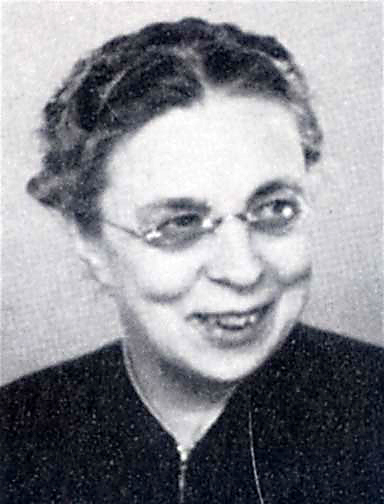