Henny Tegström was a photographer who, along with her sisters, was active in Luleå for nearly forty years from the 1890s onwards.

Henny Tegström was born in Luleå in 1872. She was one of six children born to Fredrika Christina and Johan Wilhelm Tegström. At midnight, on 10 June 1887, flames raged through the roof of the Tegström family wash-house in the middle of central Luleå. A brisk wind fanned the flames and a major town fire developed. Over half of the town was turned to ash and ship-owner Tegström and his family were among the hundreds of people left homeless. The disaster did not last long, however, neither for the town nor for the Tegströms. By the following year the first ore-train rumbled through Luleå. The small town rapidly doubled in population size and altered its shipping enterprises to accommodate the demands for iron and encroaching industrialisation.

Three years on from the fire Henny Tegström, then 18 years old and newly returned from studying in Stockholm, opened a photographic studio along with two of her sisters: Alma, who was 27, and Agda, who was 22. Henny Tegström mainly functioned as the photographer, while Alma largely worked on retouching the prints. Agda was the lady of the house who handled all the necessary services.

Their enterprise, Henny Tegström & Co, quickly became the leading photographic studio in Luleå. By 1894 Henny Tegström had already been awarded a silver medal at an industrial and handicrafts exhibition, Luleå stads Industri- och slöjdutställning. Over time additional photographic assistants were hired, including Hulda Pettersson and Tyra Arvidsson. One of the many apprentices was Lea Wikström who later became a well-known photographer in Malmberget.

Henny Tegström & Co’s first studio was located on Torggatan 3, in the top floor of a building with high side-windows which allowed the daylight in. The enterprise remained in these rented premises until the end of 1918 when the business success meant that new premises could be purchased at Storgatan 16. A new studio with angled glass walls was constructed on the top floor. The building also had an electric supply although access to daylight remained important to the business. From 1914 to 1924 the business also had a branch operational in Gammelstad, presumably for photographs related to Sunday church visits. A private summer house, Skogsbo, was erected in 1910 where the Tegström sisters stayed during their free time.

When it came time for Luleå town to celebrate its tercentenary in 1921, Henny Tegström & Co had exclusive rights to document the major exhibition held to mark the jubilee — a clear indication of the leading position the business enjoyed. Henny Tegström & Co also put photographs on display, both their own and older images which had been especially collected for the event. The collection, which won major plaudits, included shots of Luleå old town exteriors both before and after the 1887 fire, portraits of notable men and trade, shipping, and industry representatives, as well as exteriors of modern Luleå.

Henny Tegström & Co was not the first, but certainly the most eminent photographic studio in Luleå. The Tegström sisters’ photographs documented the town and its inhabitants during the expansive period which saw Luleå change from a small town into an industrial centre.

The 1921 jubilee exhibition marked the high point in the career of this photographic business. In 1928 it was decided that the company would cease trading. The studio was taken over by Gustaf Holmström and as a result the bulky glass plates were moved into an outdoor shed. This turned out to be very fortunate as another fire broke out in 1935. The conflagration and the resulting demolition of the building might have ruined the sisters’ legacy, but by some fluke the outdoor shed remained standing and the pictures eventually fell into Helmer Widlund’s care and he ensured their preservation.

Henny Tegström & Co’s photographs can be found in Luleå town archives. Around 500 glass plates have been conserved, showing themes including the town environment, industry, trade and architecture, citizenship, royal visits, and special celebrations such as Barnens dag (Children’s day). Tegström’s camera not only captured various views of the town from the cathedral tower but also scenes from the wartime years and dramatic events like the fire at Altappen in 1908, taken from the other side of the coastal inlet. The company’s images were published in the likes of the magazine Idun. Further, hundreds of calling-card sized portraits have also survived.

Following the closing of the family business the sisters took on various non-profit activities. Once again Henny Tegström was the most outwardly visible of the siblings. During the 1920s and 1930s she was a member of the Norrbotten county local history association, an organisation which gradually diverged into Norrbottens museum and Norrbottens hembygdsförbund. She sat on the board of the Luleå Moderate Party constituency association and she was active in the Moderate Party women’s association, which was established in the town in 1933. She was elected onto Luleå church council in 1934 and was also a temporary member of the child welfare agency. She served as a board member of Vallen, the Luleå town children’s camp, during the 1930s.

None of the Tegström sisters married. They worked and lived together and during their later years they decided to move closer to the surviving members of their family. Their brother Carl-Erik Tegström and his family lived in Alingsås and in August 1936 the women moved south to that town. Henny Tegström died there in 1943, Alma died four years later, and Agda died in 1953. All three of the women lie in the family grave at the cemetery in Innerstaden, Luleå. 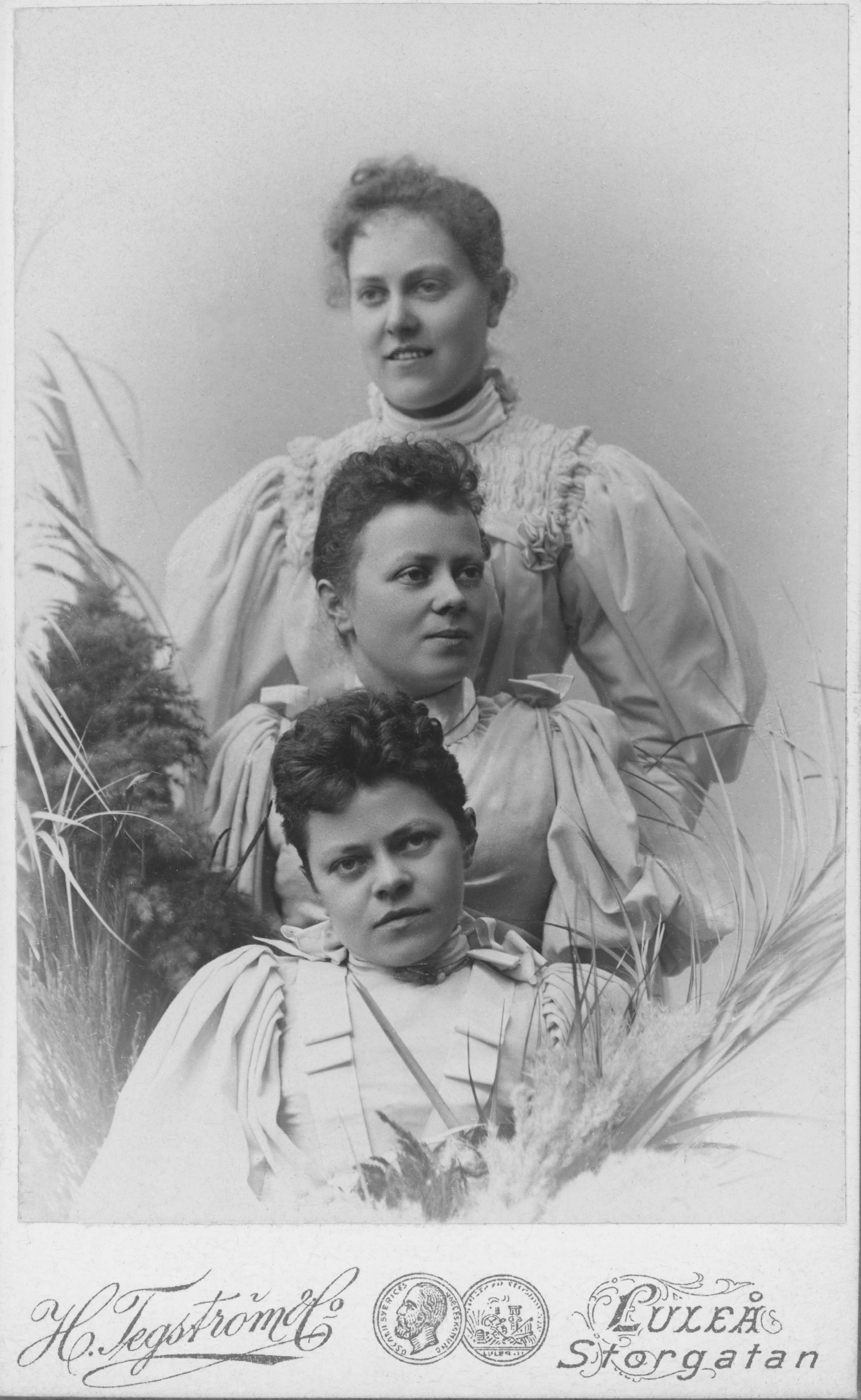