Hedvig Ulfsparre is a key figure of the early Swedish handicrafts movement who created the largest private collection of textiles in Sweden during her lifetime.

Hedvig Ulfsparre grew up in Helsingborg where her father was a serving officer. The comfortable family life that she and her sister enjoyed was influenced by the Christian faith. She took an interest in interior design and handicrafts from an early age, inspired by her father’s interest in the antiquities. However, Hedvig Ulfsparre decided to become a nurse and in 1902 she began her training at Röda korsets sköterskeskola (the Red Cross nursing school) in Stockholm. In the spring of 1904 she fell ill with a serious lung infection which put her in contact with Per Eriksson, the managing director of Hofors manor at Hofors works. He had made his home available to sick Red Cross nurses in gratitude for the good care he had received following an operation. Per Eriksson and Hedvig Ulfsparre quickly became good friends due to their shared interests in art and handicrafts, religion, and charity. After failing to fully regain her health in order to return to demanding role of being a nurse Hedvig Ulfsparre decided in 1905 to accept Per Eriksson’s offer to become the hostess of Hofors manor. She nevertheless spent one month every summer fortifying her lungs at Storlien and Åre for the rest of her life due to her unstable health.

Hedvig Ulfsparre was responsible for running the Hofors manor household as well as entertaining, which formed an important element in Per Eriksson’s work. The manor often hosted prominent visitors, whilst regular guests included the owners of Hofors works, the Wallenberg family, as well as businessmen from the industrial world. In addition, artists, clergymen, benefactors, and politicians also came to stay.

Hedvig Ulfsparre quickly made acquaintances among those interested in textiles, including Ida von Schulzenheim and Lisa Hedberg, both of whom were artists. It was her interest in the emerging handicrafts movement which initiated Hedvig Ulfsparre’s lifelong involvement in this domain. When Per Eriksson funded the renovation of Hofors manor during the 1909–1911 period Hedvig Ulfsparre initiated a long-lasting friendship and customer relationship with Thyra Grafström, the manager of the Nordiska Kompaniet textile studio who provided textiles for the newly renovated manor. Hedvig Ulfsparre also got to know several of the designers, including Hilda Starck-Lilienberg, Märta Christerson, and Annie Frykholm.

In 1914 Hedvig Ulfsparre founded the local branch of the Red Cross women’s association in Hofors. Both Hedvig Ulfsparre and Per Eriksson took a serious interest in charity. Per Eriksson built up a considerable personal wealth over the years from which he constantly made contributions to those in need. His wealth also allowed him to fund major and regular purchases of handicraft products.

When the Gestriklands hemslöjdsförening (handicrafts association) was founded in 1912 Hedvig Ulfsparre was appointed as an alternate member to the board. She was involved in the collection of handicrafts items for the Baltic exhibition held in Malmö in 1914. These pieces had already been displayed at an exhibition in Gävle in 1913. There Hedvig Ulfsparre met Gustaf Ankarcrona who was a local folklore enthusiast, Stina Rodenstam who was an expert in handicrafts, and the journalist Elisabeth Thorman. These three became long-lasting friends of hers. She organised a dyeing course using plants, supported local and often poor textile handicrafters by giving them commissions, and she organised local productions of high-quality and plant-dyed wools. In 1916 she was elected as an ordinary member of the board of the handicrafts association and she also played a part in setting up the Gävle lace exhibition. Hedvig Ulfsparre was also involved in the 1920 textile exhibition held at the Liljevalchs gallery in Stockholm and in that year’s so-called ‘Textilmöte’ (textile gathering). Further, during this period she also designed ‘rya’ (long pile) rugs, encouraged by her friends Ellen Hagen and Elisabeth Thorman. She worked on the Gestriklands hemslöjdsförenings Hemkulturella display which opened in 1926 and she also dealt with matters which arose within the local folklore movement. The following year, in 1927, she received recognition for her efforts on behalf of handicrafts and was awarded the Illis quorum medal of the fifth degree.

In 1925 Per Eriksson bought the Kungsgården manor and property, situated in Ovansjö parish, in order to begin a major agricultural enterprise but also in order to safeguard the futures of Hedvig Ulfsparre and her elder sister Lotte. The latter was offered a position as hostess at the Kungsgården estate. Following Per Eriksson’s death in 1928 Hedvig Ulfsparre inherited his movable assets, Kungsgården manor, and a sum of 300,000 kroner. She and her sister established themselves at the manor which served as the focal point for those interested in handicrafts and folklore. Visits from family members and friends alternated with hosting major social events involving societies and organisations. Hedvig Ulfsparre had by now become a well-known figure who was frequently called upon to advise on handicrafts exhibitions as well as being regularly approached to lend textiles from her growing collection, also for exhibitions held overseas.

During the final years of the 1920s Hedvig Ulfsparre worked on a handicrafts exhibition in Gävle and on preparing the 1930 Stockholm exhibition. She was elected as a member of several association boards, including the Svenska Hemslöjdsföreningarnas Riksförbund (national handicrafts organisation of Sweden).

Hedvig Ulfsparre owned the largest national collection of the works of Märta Måås-Fjetterström (MMF), the textile artist. She supported the Liljevalch gallery’s commemorative exhibition on the late artist following her death in 1941 by lending them items from her collection. She also provided support and advice to the subsequently formed MMF AB. During the late 1930s and early 1940s Hedvig Ulfsparre also wrote several articles on handicrafts, such as “Det gästrikska hemslöjdsarvet” and “En örtakvast” both from 1937 and “Hemslöjdsarvet” in 1943.

After Hedvig Ulfsparre had lent Nordiska museet items for their Svensk hemslöjd – ett halvt sekel exhibition in 1952 the museum became aware of her efforts and understood the great significance of her private collection. During the autumn and winter of 1957–1958 Nordiska museet held an exhibition of her collection. At that time it was described as the largest private textile collection in Sweden, comprising around 7,000 textiles. The majority of these were examples of traditional handicraft and had been collected from the early 1910s onwards from not only national handicrafts organisations but particularly from those areas in Sweden where Hedvig Ulfsparre tended to spend most of her time, namely Gästrikeland, Hälsingland, Jämtland, and Scania.

Hedvig Ulfsparre remained active throughout her final years. She died in 1963 at the Södertull hospice in Gävle as the result of breast cancer. She was buried at the cemetery in Ovansjö. She willed her goods to the Brukspatron Per Eriksson donationsfond foundation which was also known as Gästriklandfonden. Following a lengthy investigation most of the items she had owned ended up in Gävle museum, which is now known as Länsmuseet Gävleborg, whilst the textile collection was awarded to Nordiska museet. Kungsgården manor was sold to Gävleborgs läns hushållningssällskap. In 1984 Nordiska museet opened its sister museum called Textilmuseum in Högbo near Sandviken, whose holdings were based on the Hedvig Ulfsparre collection as well as some new acquisitions. Upon the closure of the Högbo museum in 2004 the collection was donated to Länsmuseet Gävleborg, which still holds the items, textile collection and related archives. 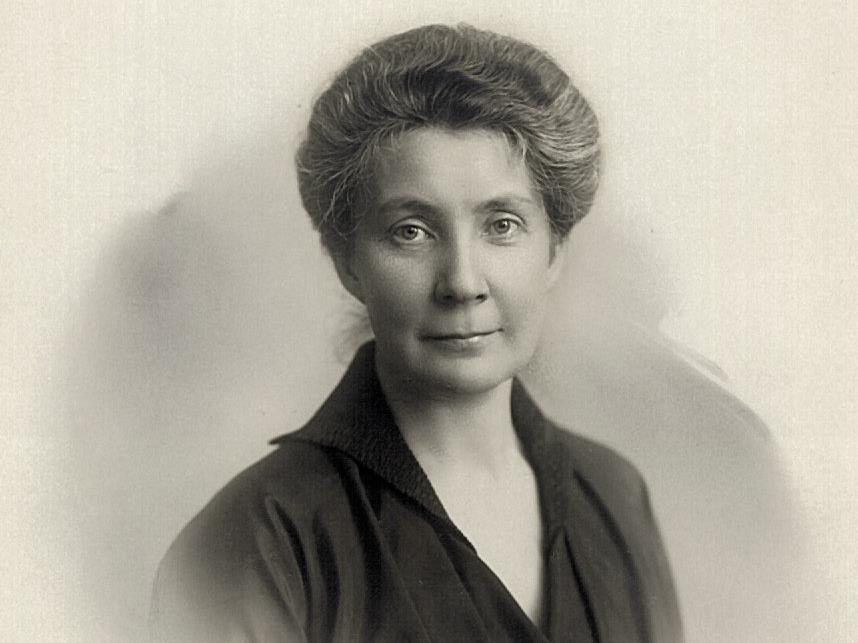