Hedvig Posse of Säby was born in Stockholm in 1861. At some point during her childhood years she moved to Uppsala. Her parents were Betty Ehrenborg-Posse, a well-known author who was active in various ways within the Swedish women’s movement, and Baron Johan August Posse, a legal practitioner and parliamentarian. She had two siblings, August Mikael Posse and Anna Posse. The family were part of the Swedish upper class and their relatives were well-connected to the Swedish Church. Hedvig Posse and her siblings were raised within a privileged environment, deeply involved in the Swedish Church and with other social institutions. Hedvig Posse did not receive a formal education but it is probable that she was privately tutored in her home as a child. For example, she was known to be accomplished at English before she began to work as a missionary.

Hedvig Posse lost her father when she was four years old. Her mother died when Hedvig Posse was 19. The three siblings appear to have formed a close bond and between the year of 1880 and 1887 they also lived near each other. However, the situation changed drastically in 1887 on the death of August Mikael – who had intended to become a priest and a missionary – following a period of illness. The two surviving sisters were all that was left of the family and they both decided to serve the Church. Anna Posse became a congregational deaconess in the 1890s whilst Hedvig Posse opted to join the Swedish Church missionary enterprise. In 1887 she sent a letter of application to the board of Svenska Kyrkans Missions (SKM) describing her strong calling to be a missionary and that she also knew exactly where she wanted to be sent, namely South Africa.

Although Hedvig Posse did not fulfil the formal requirements for working within SKM as a woman – for example, she lacked teaching qualifications – she was accepted to serve the missionary enterprise. Her letter of application revealed that she had experienced a strong calling from God to become a missionary. The fact that she was accepted was probably largely down to her personal connections and to her family’s standing within the church and within wider society. Hedvig Posse and her brother had, for example, both been active in the students’ religious organisation Studentmissionsföreningen in Uppsala and this had enabled her to form close connections to central figures within not just the church but also SKM. These included Henry William Tottie, the mission secretary and later bishop of Kalmar diocese, and the soon-to-become Archbishop Nathan Söderblom. Hedvig Posse had also composed songs for Studentmissionsföreningen’s songbook. She thus had extensive connections to the right people within the church. Further, that she was able to fund her own travel to South Africa doubtlessly stood in her favour with the men on the mission board.

In the summer of 1887 Hedvig Posse travelled to South Africa. Her social and financial standing facilitated the independent attitude which characterised her efforts within SKM. She began by travelling around various mission stations in South Africa in order to learn more about the different missionary enterprises there. She acted on her own initiative and formed a considerable contact network, not least with women from diverse countries who represented a range of different missionary organisations. Hedvig Posse also attended the Huguenot Seminarium in Wellington (now part of Huguenot College), a training institute for female missionaries which was tied to Mount Holyoke Female Seminary in the USA. She also spent a certain amount of time at the North American mission station of Inanda where she gained an insight into efforts to educate African girls. Both of those experiences formed important sources of inspiration for Hedvig Posse when she actually began her service at Oscarsberg’s mission station.

Hedvig Posse worked at Oscarsberg’s mission station in what was then Natal province (now Kwa Zulu-Natal) between the years of 1887 and 1897. At that time it was considered inappropriate for an unmarried woman to serve as a missionary. That title was connected to formal evangelising of the Christian message which, in turn, was an activity restricted to priests and thereby men only. However, working within children’s homes and schools was considered suitable women’s work and those women were titled either “female mission worker” or “teachers”. Indeed, Hedvig Posse’s duties at Oscarsberg precisely involved teaching Zulu at the mission station school and at the children’s home for girls.

Hedvig Posse expanded on her missionary activities by taking the initiative of getting a hospital built in Dundee Coalfields coal town in Natal where she worked from 1898 to 1901. Hedvig Posse used her own money to purchase a built-up bit of land. She informed the mission board in Sweden of this and that she was going to hire a nurse. This was the first time that investing in health care became part of SKM and it signified the start of a new epoch for the missionary enterprise. Hedvig Posse was the director of the new hospital, named Betania. Further to providing health care it was also used to evangelise the message of the Gospel. The hospital was well-supplied and received a lot of patients over the years. It was very unusual for a woman to take this kind of initiative and to finance a hospital. Many men within the missionary enterprise found it hard to accept Hedvig Posse activities as an independent woman.

Swedish missionaries were forced to leave South Africa due to the disruption caused by the ongoing Second Boer War and so Hedvig Posse travelled back to Sweden. She returned to South Africa in 1904, remaining there until 1913 for what was her last period as a missionary. As an economically privileged woman of high social status her situation was markedly different from that of other female and male missionaries. She was able to make her own decisions regarding where she placed her focus. Once again she funded her own travel to South Africa and once again she did not have to engage in normal missionary work. She also initiated the construction of a house at Oscarsbergs mission station which was going to serve as her own private home.

In addition to her work duties at the mission stations and the hospital Hedvig Posse also spent her time taking photographs, producing watercolour paintings where the motifs were taken from her surroundings, and documenting Zulu songs, in part by recording them on a record-player. Her musical efforts involved collaborating with local individuals who lived near Oscarsberg. She also instigated the creation of a Zulu hymn book and translated Swedish hymns into Zulu with the aim of replacing traditional songs with Christian texts. Hedvig Posse also received recognition from missionary organisations from other countries for her musical work. The Umpumulo Lutheran Theological College archives in South Africa contain 111 songs in Zulu which bear her annotations.

In 1921 Hedvig Posse founded Svenskbo in Durban. Svenskbo was a guest-house and a rest-home for Swedish missionaries which eventually came to serve as a meeting-place and a resting place for missionaries from other countries and from other Christian societies apart from the Lutheran one. Hedvig Posse’s donations also enabled SKM to expand its activities to Matabeleland (now southern Zimbabwe) and to Johannesburg.

In 1913 Hedvig Posse left South Africa for the last time and returned home to Sweden for good. Her health had increasingly faltered during her final years in South Africa. Once back in Sweden she spent most of her time in Uppsala where her home became a meeting place for those involved in mission activities, particularly the children of missionaries who tended to congregate there. She was also very active within Svenska Kvinnors Missionsförening (SKMF, Swedish Women’s Missionary association), an organisation which sought to support SKM.

Hedvig Posse died in Uppsala on 22 December 1927. She was then 66 years old. She is buried at Uppsala old cemetery. 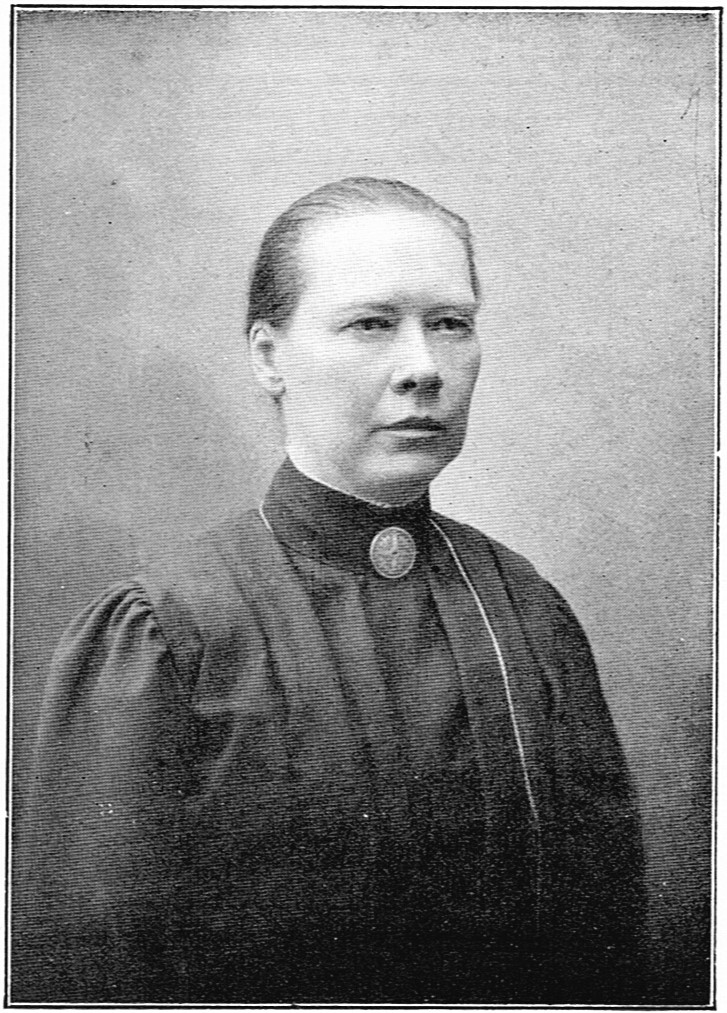