Hedda Andersson was the first female student to attend Lund University, starting her studies in 1880. She became the second female medical doctor in Sweden in 1892.

Hedda Andersson was born in Malmö, the second child of Jöns and Johanna Maria Andersson. The couple’s first child died an infant, and three younger siblings died at young ages from measles and scarlet fever. Hedda Andersson was thus the only child to survive into adulthood. Her father, who worked at the port authority, died aged only 28. This unfortunate development did not lead to economic hardship for the family, however. Hedda’s mother came from a long line of healers and healthcare providers, through which the family could gain an additional income.

Hedda Andersson descended directly from six generations of “wise women” dating as far back as the late seventeenth-century. These lay-healers specialised in broken bones and healing wounds. The healing techniques were passed from mother to daughter. Hedda Andersson’s maternal great-grandmother, Marna Nilsdotter, treated both people and animals. She was known as “kokvinnan” (“the cow-woman”) and made a general-use salve which could still be acquired at the pharmacy as late as the 1960s. Hedda Andersson’s maternal grandmother Elna Hansson and her mother Johanna Maria Andersson were both respected lay-healers in Lund and Malmö. They both came to be known as “Lundakvinnan” (the Lund woman). Their activities were not without risk. Elna Hansson was charged with quackery but still managed to continue her medical services. Johanna Maria Andersson took the precaution of training to become a field-surgeon, an ancient form of medical training which had become accessible to women in 1861, and remained so until 1896. This meant that she was less likely to be tainted as a charlatan. Both Elna Hansson and Johanna Maria Andersson were deeply trusted by the general public. They treated people with both low and high social standing — one of their patients was Victoria Benedictsson. Several other doctors respected these women’s knowledge but there were also those who expressed aversion to what they saw as a threat to their own profession. Therefore, as soon as Hedda Andersson’s mother and grandmother learned that official medical training had become accessible to women they decided that young Hedda, who was then only nine years old, would become a doctor.

Hedda Andersson’s grandmother’s and mother’s activities had left the family well-off and allowed them to pay for her lengthy and expensive education. Upon completing school Hedda was enrolled as the first-ever female student at Lund University. This caused a sensation and some opposition, but she quickly gained respect and esteem from both her fellow students and teachers. During her training Hedda Andersson practised as a trainee both at Lunds lasarett (general hospital) and at Karolinska Institutet in Stockholm. At the latter she became acquainted with Sweden’s first female medical doctor, Karolina Widerström. After gaining her medical degree Hedda Andersson continued her studies abroad, first at a hospital in Copenhagen, then in Leipzig with the gynaecology and obstetrics specialist Professor Max Sänger. During summers Hedda served initially as a trainee and then as a junior doctor at Ronneby Brunn (a health resort). In 1892 she opened her own medical clinic in Malmö, but only stayed there unti 1895, when she moved to Stockholm. One reason for the move was that there was such a constant stream of patients, due to her mother’s and grandmother’s good reputation, that Hedda Andersson found it difficult to attend to them all. Another probable reason for the move was that being in Stockholm gave her better access to her colleague Karolina Widerström, and increased the likelihood of placing patients at the medical department run by her in conjunction with her medical practice. Hedda Andersson valued Karolina Widerström’s work greatly and they remained close friends throughout their lives.

Hedda Andersson at first lived in an apartment on Malmskillnadsgatan in Stockholm. She had brought her chief housekeeper Anna Sofia Eriksson with her from Malmö. Part of the apartment was furnished as a medical practice — it was the norm that doctors, dentists, and physiotherapists held their clinics in their own homes. Hedda Andersson’s mother continued her own practice in Lund for a time, but ceased trading in 1903 and moved to Stockholm to be with her daughter. Together they rented an eight-room apartment on Sturegatan.

Just like Karolina Widerström, Hedda Andersson specialised in gynaecology. The same was true of Sweden’s third female doctor Maria Folkeson, a farmer’s daughter from Helgesta in Närke who graduated in 1896 and worked as a gynaecologist. These female doctors soon discovered that women generally knew very little about their own anatomy, sexuality, childbirth or sexually transmitted diseases. These doctors saw it as their particular duty to enlighten and inform women in these matters.

Hedda Andersson was also active beyond her medical practice. She was a member of both Engelbrekt and later Hedvig Eleonora school councils in Stockholm. She was the secretary of Föreningen för sjukvård i fattiga hem (a society providing free healthcare to poor households) as well as a medical auditor and member of the pensions board at Stockholms sjukhem (a not-for-profit private hospital and nursing home). She was also a member of Kvinnliga läkares förening (the female doctors’ association) and of Fredrika Bremer-förbundet (Fredrika Bremer Association). In the latter she served as a member of the association’s healthcare committee.

In 1917 Hedda Andersson moved to Växjö and set up a clinic in the nearby community of Rottne. She closed the clinic in 1925 and moved back to Skåne where she settled in an apartment in Lund, where she had spent her childhood. She had then worked as a doctor for 32 years. In Lund she became known for the loyalty, hospitality and generosity which had made her so popular amongst her fellow students during her early medical training. According to one of her biographers she still had “charisma even toward the end of her life”.

Hedda Andersson died in 1950 aged 89 and is buried in St. Pauli norra kyrkogård in Malmö. 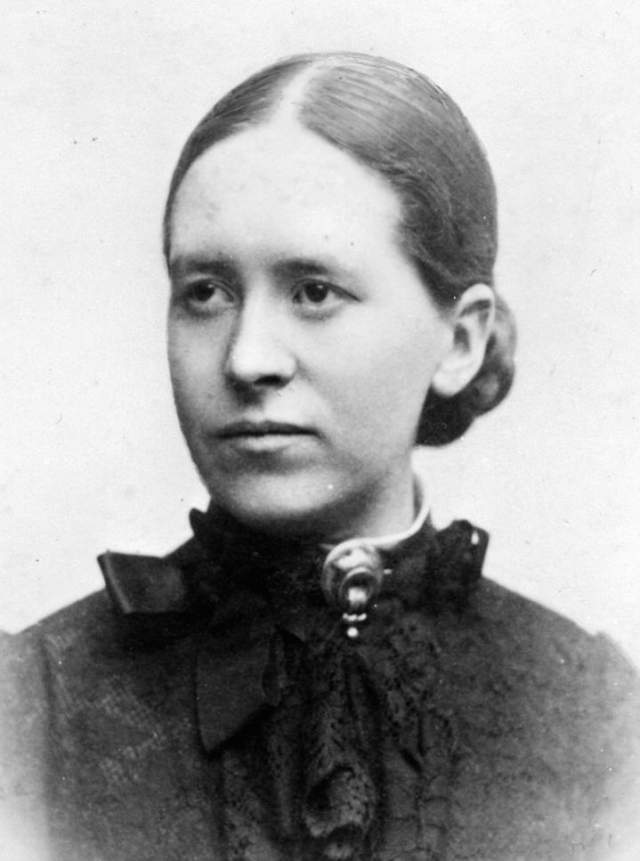