Göta Rosén was a child welfare inspector, a Social Democratic party parliamentarian, and served as the acting director general of Socialstyrelsen (the national board of health and welfare).

Göta Rosén began her professional life just as Sweden began a major transformation from a poor nation into one of the richest and most well-organised countries in Europe. She played an active role in this transformation. However, it was purely by chance that she came to devote herself to social work with a focus on children and young people. When she was 19 years old she had an accident when falling off a trampoline which damaged her spine and left her bedbound in hospital for a long time. While in hospital she saw an advertisement for the first course ever to be held at the Kvinnliga medborgarskolan (the female citizens' school) at Fogelstad. She applied to attend the course and was accepted.

Through the women at Fogelstad she gained a network which remained strong throughout the rest of her life. The first step was obtaining references which enabled her to become enrolled at Institutet för socialpolitisk och kommunal utbildning och forskning (the institute of social welfare and municipal training and research). Following graduation she was – again by supplying new references – able to almost immediately begin working as a children’s welfare commissioner in Örebro county. There she got to know Brita Hasselrot who became her assistant and friend. In 1957, during a period of severe housing shortages in Stockholm, they moved in together. They were both working at Socialstyrelsen, and thus shared both their everyday lives and their working lives until Brita Hasselrot’s death in 1995.

Göta Rosén believed that children’s welfare was a priority but she was also deeply concerned about the situations of mothers. The one work task she hated most was removing children from their mothers and removing a mother’s right to have children. In both cases the women’s rights and integrity were being infringed. However, thanks to her efforts thousands of children were given a safer existence. Her greatest success was when – with the silent acquiescence of the minister of Social Affairs Gustav Möller – she was able to ban the use of corporal punishment at national childcare facilities as well as at correctional schools for young people. It took another ten years before schools were forbidden from using corporal punishment and thirty years until it was completely outlawed.

Göta Rosén served as chair of the Örebro child welfare authority in 1937. She was the first woman to hold this post. That same year child welfare authorities were given more powers and their roles as a regulating body changed. Now they were able to authorise early benefit payments, maternal subsidies, and free travel for mothers and children. Maternity care and child welfare centres were also established at this time.

Göta Rosén served as a member of the second chamber of parliament during the period of 1940–1942. The debates she participated in concerned children’s and young people’s welfare. She has subsequently been criticised for voting in favour of the law on mandatory sterilisation. Her decision to do so rested on her own experiences of drastic removal of children and the desperate outcomes experienced by the women involved. She wanted to increase the pressure on these vulnerable women’s dependents with regard to care and provision. This would mean that sterilisation could be avoided and social workers would not have to force the women concerned to hand over their own children.

However, the biggest political development that happened during Göta Rosén’s two-year stint in parliament was when Germany demanded the right to transport fully armed German troops (the Engelbrecht Division) across Sweden in June 1941. The parliamentarians were summoned during the Midsummer weekend in order to debate the matter. The majority in both chambers voted yes, but according to Göta Rosén she and three other Social Democratic party ladies, namely Sigrid Ekendahl, Disa Västberg, and Hildur Nygren, all voted no. The minutes of the Social Democratic party meetings confirm that the party members of parliament were not united on the matters. The parliamentary records do not, however, reveal how individual parliamentarians voted.

Göta Rosén’s stint at Socialstyrelsen was characterised by hard work on behalf of children and young people. She was personally involved and active within field work. Her baptism of fire was the so-called enquiry into holiday camps during which she personally inspected summer holiday camps and had the worst offenders shut down. She argued with both municipal politicians and the media because she believed that kids on their summer holidays should not be faced with lice and filth. They should be properly cared for and be properly fed and not have to deal with violence. The enquiry, along with Göta Rosén’s inspections, came to an end in 1953. At that time there were 800 approved summer holiday camps across the country.

It was also through Göta Rosén’s active, outward-looking investigations that she discovered the presence of drugs at young people’s correctional schools. At this time she was the director of education for these schools. She learned from boys who had been sent to the schools that both ritalin and amphetamines could be found within them. This prompted changes and tougher checks. She also noted that very few of the boys in question could read. Through her contacts, and by lobbying, Göta Rosén obtained a parliamentary resolution for extra funding so that each correctional school at least had one teacher.

Another result of her work was an enquiry into more effective welfare measures at the correctional schools. She strove to ensure that students at the schools had access to welfare as well as improved educational opportunities, along with assistance in finding accommodation and employment outside the school. This would give the students improved chances of successfully re-entering society.

Towards the end of her career Göta Rosén became involved in expanding children’s welfare. She pushed for both family day care centres as well as normal day care centres. She hated the fact that preschools and after-school centres were always the last buildings to be constructed in residential areas. She felt that carparks were given greater value instead. In 1970 she gave a speech, shortly before her retirement, in which she presented how day care centres were tools which could benefit child rearing and social learning. When the results of the 1968 enquiry into day care centres were announced in 1972 they came to the same conclusion, namely that parents’ needs for child care was indeed given a lower priority. The development of children’s welfare and the pedagogic content of the said welfare should rather be guided by the children’s own needs. 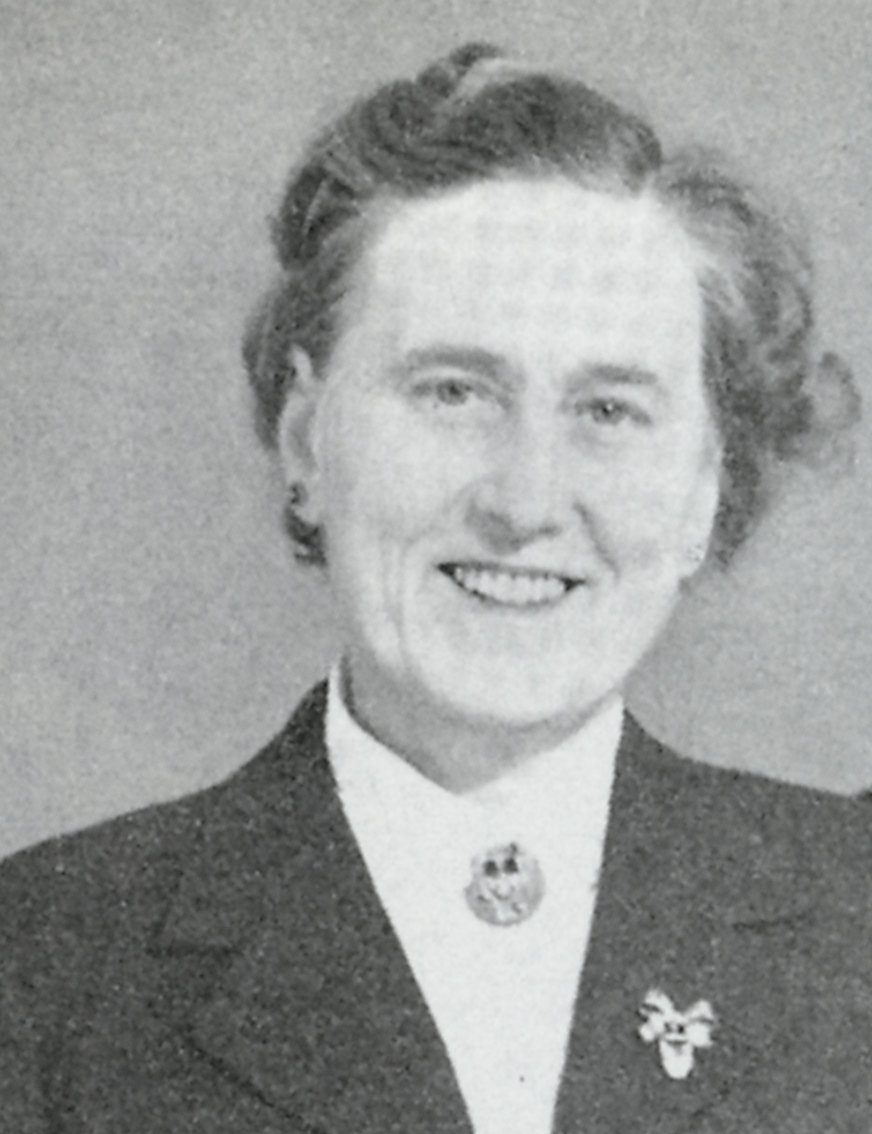