Gertrud Rodhe was Sweden’s first welfare officer. She worked with people suffering from mental health problems. She was involved in the founding of Hjälpföreningen för psykiskt sjuka (the relief association for the mentally ill) in 1916.

Gertrud Rodhe was born at the Thamstorp estate in Grästorp municipality, Västergötland, in 1872. Her father was Magnus Fredrik Rodhe and her mother was Alfhild Beata, née von Mentzer. Gertrud Rodhe had a privileged childhood. She trained to become a traditional arts- and handicrafts teacher at Nääs Slöjdlärarseminarium (a traditional arts teacher-training programme) and worked at Brummerska skolan (the Brummer school) in Stockholm. During the late 1800s the boundaries between pedagogy, psychology and care and welfare had not been established. It was not unusual for professionals engaged in these spheres to move seamlessly between them. Around the turn of the twentieth century awareness increased with regard to social and socio-medical problems. Individual professionals along with women’s groups highlighted that those suffering needed a professional to help them deal with their social issues.

Gertrud Rodhe then became involved in developing official welfare provision within the public sector in Sweden. In 1914 she became the first welfare worker in Sweden and was based in Stockholm city. Initially her work mainly entailed organising her clients’ practical concerns. This could involve safeguarding her clients’ rights, managing their finances while they were committed for care, or helping them with rehabilitation following their release from care. Gertrud Rodhe started off with a surgery which she ran from her own home. It soon became clear, though, that this work had to be formalised and organised. She thus became involved in establishing Hjälpföreningen för psykiskt sjuka in 1916. The association aimed to promote cooperation between hospitals, disseminate information on mental illness, and support those suffering from mental health problems. Following a decision by the Stockholm town council to make annual financial awards, Hjälpbyrån för psykiskt sjuka (the relief office for the mentally unwell) was opened on Sveavägen in 1917. The key figures at this office were Gertrud Rodhe and Viktor Wigert, an associate professor and psychiatrist. Gertrud Rodhe’s own description of her work reveals that her clients’ financial problems were a major priority. Her duties included inspecting convalescent homes and dealing with her clients’ belongings whilst they were committed. She also organised transport and transfers, and accommodated clients at rest homes. During the course of 1919 alone, Gertrud Rodhe met 257 people. She indirectly provided assistance to many more, by highlighting their need for poor relief support and by providing advice by letter and by telephone. In addition to Gertrud Rodhe and Viktor Wigert, Hjälpbyrån also fielded a nurse and a clerk.

1921 saw the establishment of Institutet för socialpolitisk och kommunal utbildning och forskning (the institute for social welfare and municipal training and research), also known as Socialpolitiska institutet. This later evolved into Socialhögskolan (Department of Social Work) at Stockholm University. Gertrud Rodhe worked within this institute as a supervisor for students undertaking their practical training. The institute was established in response to the need for people with special knowledge of social welfare issues and Gertrud Rodhe was a driving force behind this effort. She focused on practical social work, but never published on the subject. In 1923 she initiated the provision of family welfare in Stockholm by housing particularly vulnerable clients within families.

Gertrud Rodhe was awarded the royal Illis quorum medal in 1934 in recognition of her efforts.

In 1928 Gothenburg city purchased Gertrud Rodhes birthplace and childhood home, the Thamstorp estate, in order to set up a home for people with mental health problems. The enterprise ran until 1973. Gertrud Rodhe died in 1948. 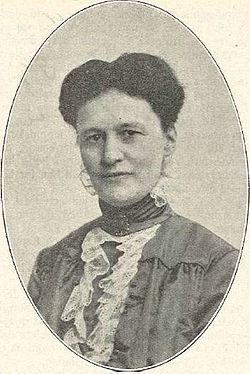