Gertrud Almqvist was a writer of books and articles. Women’s rights and female sexuality were just two of her many subjects.

Gertrud Almqvist was born in 1875. She was the daughter of Edvard Almqvist, an agricultural engineer, and Thora Almqvist. Her first book, entitled Genom brottsjöarna i hamn, was published in 1899 and it was followed up that same year by her second work, När faller täckelset?. Gertrud Almqvist had initially been home-schooled and had then gone abroad to study languages and literature in France and Switzerland. She obtained a Certificat d’études françaises at the Sorbonne in Paris, where she studied during the 1905–1906 period.

In 1909 Gertrud Almqvist received the Stockholms Dagblad newspaper’s foreign stipend, enabling her to travel to Great Britain, Germany, Italy, and Tunisia. She produced literary criticism for both newspapers and journals under a variety of bylines, including Madame Sans Gêne and Madame Mêre. For a two year period from 1910 onwards Gertrud Almqvist produced literary reviews for the Idun journal whilst also writing on the subject of women’s rights for Rösträtt för kvinnor. Gertrud Almqvist had already written several books before the outbreak of the First World War, namely Ur en själs lif: efter funna anteckningar from 1902; Den svenska kvinnan, published in 1910; Boken om Erland Höök, dating from 1911; and Gwendolins brott och andra sägner från fattighäradet, released in 1916. In 1917 Gertrud Almqvist married Erik Brogren, a translator and journalist, and from that time onwards she was known as Gertrud Almqvist-Brogren.

Her next novel, Det törstande folket, was published in 1919, followed five years later, in 1924, by her collection of short stories, entitled Den sällsamma resan: noveller. Her last book, which was published in 1928, is entitled I tolfte timmen: en gammal, dåraktig kvinnas bekännelser and it was released under the pseudonym of Molly Molander, presumably due to its controversial content. Not only was the great love of the female character Ronny’s life another woman, but the character also feels as though she is a stranger in her own life.

Gertrud Almqvist’s later writings were based on the themes of women’s life experiences in the period following the First World War and sometimes her writings included the subject of sexuality. She presented the issue of same-sex love in a permissive manner and she often brought attention to the prejudice suffered by unmarried women.

Gertrud Almqvist died in 1954. She is buried at Annerstad cemetery, in Ljungby parish within Växjö diocese. 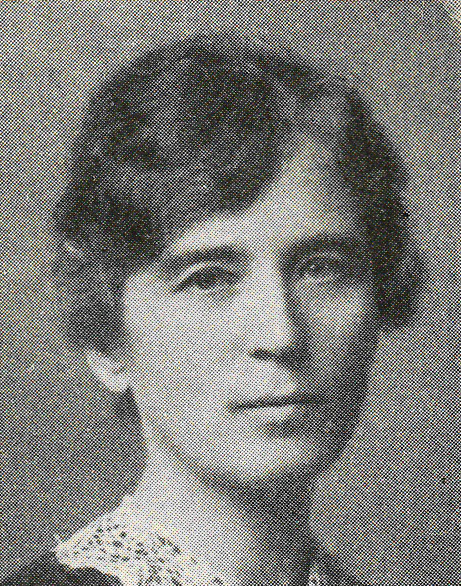