Gerda Marcus was a pioneering journalist, who served as a foreign correspondent for the newspaper Svenska Dagbladet. She was also the first reporter at th publication to focus on social issues.

Gerda Marcus was born in Stockholm in 1880 to Jewish parents. She was the only daughter out of five children. Her ancestors belonged to a family that had emigrated from Mecklenburg to Sweden in the late 1700s.

When Gerda Marcus was only 14 and still going to girls’ school she began to work for a relative’s paper shop. She then spent ten years working at Thecla Tjäder’s rental agency office. According to Gerda Marcus herself it was pure fluke that she became a journalist. She travelled to Berlin in 1907 to work but began to send reports to Swedish newspapers, primarily Dagens Nyheter and Nya Dagligt Allehanda. Two years later she returned to Sweden. From 1911 onwards she worked as assistant editor for a newly set up theatre magazine called Thalia. When it ceased publication in 1913 she made her way to Svenska Dagbladet where she found employment as an editorial colleague, staying with the newspaper until 1921. During her final year she served as the foreign correspondent in Vienna.

At Svenska Dagbladet she instigated the first major Christmas collection organised by the paper to benefit needy families, in 1913. During the crisis period of the First World War her charitable activities intensified alongside her fund-raising efforts. In 1917 a record 400,000 Swedish kronor were donated to the newspaper’s fundraiser, a sum corresponding to circa eight million kronor in today’s monetary value.

Gerda Marcus’ heaviest social activism involved children. In 1916 she organised games for children which were led by so-called park-ladies. This enterprise also spread overseas. After the First World War ended she immersed herself in aid work for refugees. She was involved in setting up a Swedish section of Save the Children, for which she was elected as the first secretary-general. She then threw herself into an intense period of campaigning nationwide, primarily in order to fundraise and gather supplies for a planned sanatorium for children suffering from tuberculosis in Grimmenstein, Austria. For this she was nicknamed “the great beggar” because she was so successful at collecting funds on behalf of needy families, children, and refugees.

She intermittently spent time in Berlin and Vienna, particularly when the need for aid following the war had abated. For a period of ten years, from 1923—1933, she lived in Vienna. There she married Ernst Fall, a qualified legal practioner and a publisher of theatre scripts. Gerda Marcus carried on working as foreign correspondent for Swedish newspapers during this time. She also translated a number of books from German into Swedish.

Following her return to Sweden during the 1930s she actively worked to save German-Jewish children from persecution in Germany. She did this within the framework of the social work efforts undertaken by the Jewish congregation in Stockholm.

During and after the Second World War Gerda Marcus once again was drawn into refugee work for Save the Children. After the war she personally visited several refugee camps in Austria and Hungary. She was also active in the then current Palestine question. During the 1940s she also edited the organisation’s membership publication.

For her reports on social issues Gerda Marcus often used a male name, Gerfred Mark. Sometimes mail would arrive for her address to ‘pastor Mark’. She also had a great interest in theatre and film. Her numerous theatre- and film-reviews were penned under the names of Colibri and Jessica.

Gerda Marcus’ pioneering activities as a female journalist also included joining the informal network known as “Ligan”, set up in 1910 and comprising 15 female journalists who wrote for various Stockholm papers. In addition to her colleagues at the Svenska Dagbladet, Célie Brunius and Elisabeth Krey-Lange, she particularly maintained a correspondence with Elin Wägner when she was abroad, whilst she regularly paid visits to Elin Brandell at her summer cottage on Edsviken. Most of the journalists who were members of Ligan were actively involved in the burning issues of the day, such as the peace movement, women’s social standing, and social problems, and were proponents of an ideal they called “active journalism”. Gerda Marcus’ professional career is a good example of this ideal put into practice.

Anna Lenah Elgström, a journalist and author, and her family — comprising theatre director Gustaf Collijn and their daughters — were lifelong close friends of Gerda Marcus. They had been brought together by their shared interest in the theatre. Their friendship dated from the time when Gerda Marcus served as editor of Thalia, which was owned and published by Gustaf Collijn.

Gerda Marcus was a no-nonsense woman of action who wanted to be on site where assistance was needed, so that she herself could see, hear and speak to those in need and requiring help. Her motto was that one should not just feel sorry for folk — one should help them. She is consistently depicted as someone who had great warmth, compassion, and humour. She lent a sense of strength and self-belief to many simply by showing them that she cared. 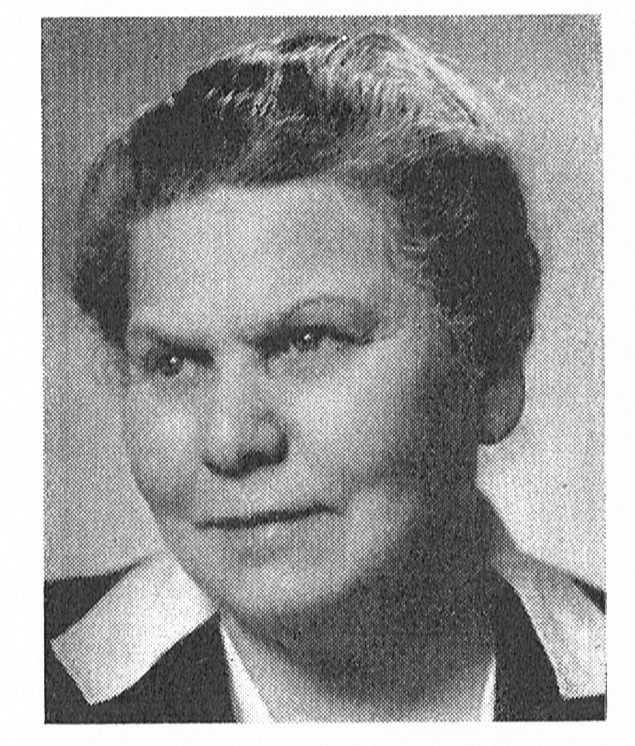