Queen of Sweden, Norway and Denmark

Filippa (originally Philippa) was probably born at the beginning of July 1394 at Peterborough Castle in the English county of Cambridgeshire. Her father was Henry Bolingbroke. Her mother, Mary de Bohun, is said to have died giving birth to Filippa. After the uprising against King Richard II of England in 1399, Henry became King Henry IV and Filippa became a princess. Thanks to the English medieval court’s meticulous bookkeeping, Filippa also appears in the source material even as a child, even if only sporadically. For example, it was recorded that Filippa attended the wedding when her father remarried, this time to Joana of Navarre in 1403, and it is also recorded that she made a pilgrimage to Canterbury the same year. The greater part of her childhood and youth was seemingly spent at family castles in Berkhamsted and Windsor.

Negotiations on an advantageous marriage for Filippa were initiated when she was still very young, only about eight years of age, and in 1405, a delegation from the three Kalmar Union kingdoms arrived to negotiate. An alliance between the English royal house and Erik of Pomerania, who was adopted by Queen Margareta in 1388 and who later became King of Denmark, Norway and Sweden, was considered advantageous for all parts involved. At the age of only eleven, Filippa was married par procuration — with the Swedish knight Ture Bengtsson (Bielke) as stand-in bridegroom — to the King of the Union, Erik of Pomerania, probably twice her age. On 8 December she was proclaimed Queen of Sweden, Norway and Denmark.

Accounts that have been saved describe a richly equipped entourage who accompanied the young queen when she left England in August 1406, to land at Helsingborg about one month later. On 26 October the same year, a new wedding was held, which the bridegroom and his adoptive mother were able to attend this time. With solemn ceremony the young queen was crowned in Lund.

Judging from all the evidence, Filippa spent the next three years at Kalmar Castle. There she had her own court, which was led the first year by the head lady-in-waiting Katarina Knutsdotter (Bengt Algotsson's family) — Saint Birgitta's maternal granddaughter. Despite her young age, Filippa cast herself wholeheartedly into the role that she had been allotted, that of queen.

One of those who had accompanied Filippa to Sweden was the knight Sir Henry FitzHugh, who founded Vadstena’s daughter convent, Syon Abbey in the English county of Middlesex — an example of the network between the kingdoms. Filippa’s older brother, Henry (King Henry V after their father’s death in 1413) is counted as Syon’s actual founder and he came to give it much support. Filippa herself supported the Bridgettine Order economically as well as politically, especially the powerful Vadstena Convent. She was accepted into the Bridgettine Order as a soror ab extra probably as early as her second visit to Vadstena Convent in 1415, and during her time as Queen, she visited the convent often.

In 1419, Filippa sent valuable relics of Saint Birgitta to Pope Martinus V, along with a request that the Order should be allowed to retain its privileges. When the same pope issued an edict in 1422 against double convents, like those of the Bridgettine order, Filippa wrote to him repeatedly to repeal his interdict. Filippa knew how to use her network of contacts, and she contacted her brother, King Henry V in England, to get him to put pressure on the pope as well. Her zeal bore fruit when the Order was granted dispensation. Queen Filippa also contributed to the wealth of the convent through donations of both lands and relics, and in 1425 she donated the Saint Anna chancel to the convent church.

Queen Filippa was also deeply involved in the governing of the three kingdoms. During King Erik’s pilgrimage in 1423—1425, she acted as regent in his place, with all that that meant. She called the royal council to a meeting, apart from other things, and concluded a coinage agreement with several important Hanseatic League cities, among them Lübeck, in 1424. In 1426 it was Queen Filippa of Sweden who obtained the resources and support for the king’s war efforts against the Hanseatic League. When the Hanseatic League attacked Denmark in 1428, it was Filippa who defended Copenhagen.

Filippa was also one of the few Swedish medieval queens who made use of the royal right of judgement, when in 1425, together with the council, she decided a dispute in the Selebo and Åkerbo jurisdictional districts. It concerned the provost payment that the farmers had not paid to the cathedral provost in Strängnäs as they should have done. She was also one of the few women who purchased considerable land estates.

In 1420, Queen Filippa issued a missive in which she confirmed an agreement between herself and her husband concerning her widow’s or life pension. They had agreed that the Queen would relinquish counties in Denmark and Norway, and retain the widow’s or life pension that she had been promised in Sweden. If the King should die before her, Filippa would have the right to all the Crown property on Själland in Denmark — castles as well as farms and towns — and she would also be regent until King Erik’s paternal uncle’s son, Duke Bogislaw of Pomerania, had come of age and could reign. These plans were however to be overthrown.

On the night between 5 and 6 January 1430, at only about 36 years of age, Queen Filippa died and was buried in the chancel that she had donated to the Vadstena Convent Church. In the obituary on Queen Filippa’s death in the Diarium Vaztenense she was called “illustris principessa”— illustrious princess. She has been described as the mother and loyal protector of the Convent and the whole Order. She was indubitably very dedicated to the Bridgettine Order and a skilful politician. Despite living in turbulent times, Filippa’s posthumous reputation has been almost entirely positive, in strong contrast to that of her husband. In the Karl’s Chronicle (Karlskrönikan), Filippa is called a noble and pious gentlewoman. After her death, King Erik initiated an eternal requiem in memory of her at the Vadstena Convent. He also bestowed the gold crowns with pearls that the couple had worn at the coronation in 1406.

Queen Filippa is portrayed in several more modern artworks, among others a window painting by Reinhold Callmander from the 1890s above her grave in the convent church, and a famous statue by H. W. Bissen from the mid-1800s. 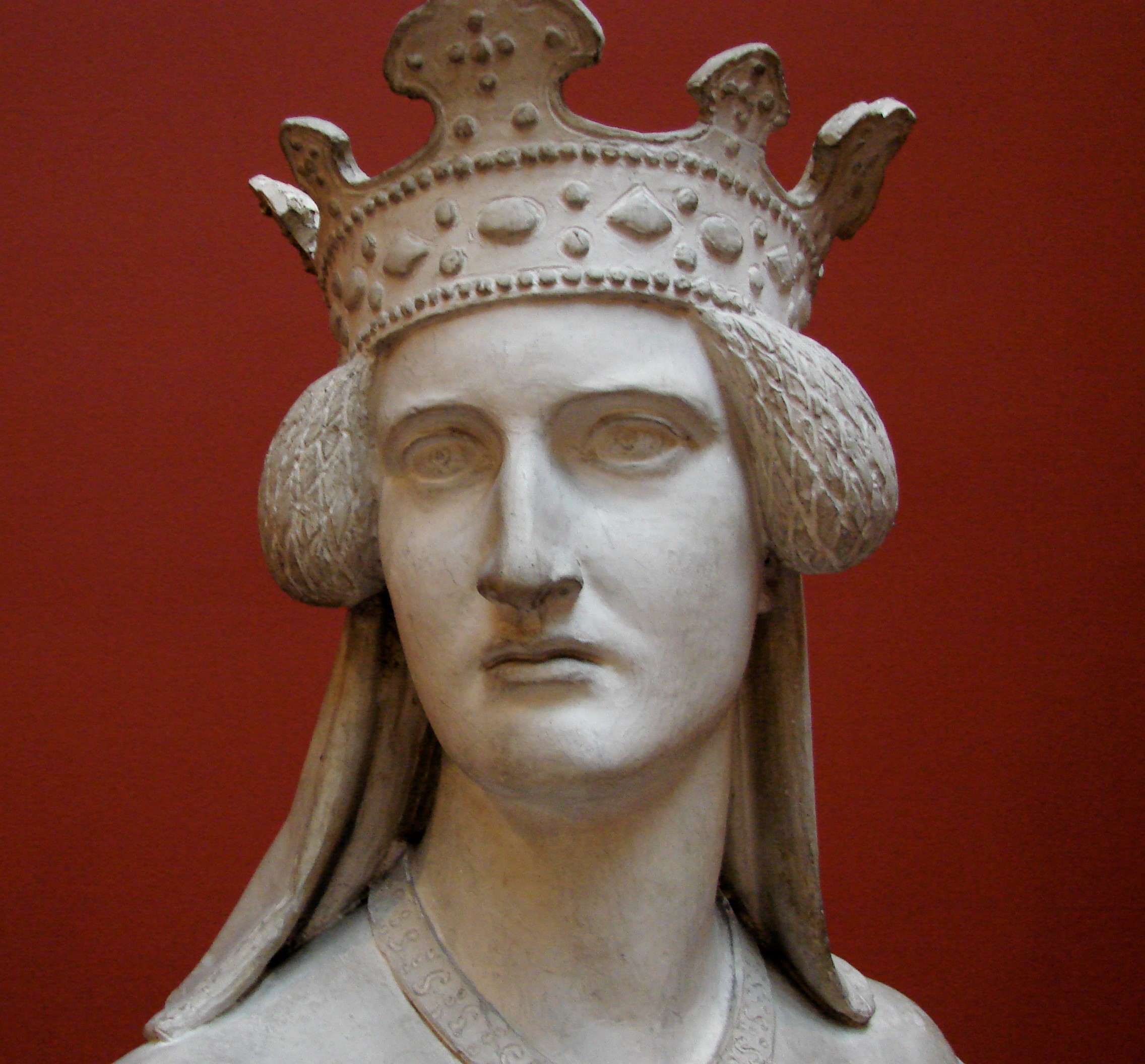