Eva Wigström was one of the first female folklore collectors in Sweden and played a significant role within Swedish folklore studies.

Eva Wigström was born on Christmas Eve in 1832. Her father, Pål Nilsson of Råga Hörstad near Landskrona, was a well-to-do farmer and a liberal man who espoused many modern views. One of these was that the girls’ schools of the day were worthless and thus Eva Wigström was home-educated. This became her Achilles heel and she frequently mentions that she never quite felt she belonged within the bourgeois world which she later became a part of by marriage to Claes Wigström, general manager of Ramlösa springs.

In 1879, then aged 47, Eva Wigström began to travel around the Scanian countryside in order to collect local folklore. Initially she kept to the nearby areas of Rönneberga, Onsjö, Södra and Norra Åsbo, and Luggude. Having grown up in Rönneberga and living in Luggude as an adult she was presumably a familiar face. She expanded her travel zone and, in the end, she had visited almost every Scanian area as well as Blekinge. The great quantity of material she amassed was primarily published in Folkdiktning 1-3, Skånska visor, sagor och sägner, Sagor och äfventyr upptecknade i Skåne, as well as the posthumously released Fågeln med guldskrinet.

Eva Wigström was a successful folklore collector for a variety of reasons, albeit she highlighted two of them herself: being a woman and belonging to an agricultural family. In the 1887 book Vandringar i Skåne ock Blekinge för samlandet af svensk folkdiktning she included commentary on the difficulty of getting women to speak when men were present. Her own husband thus had to stay home when she went on her collecting travels. She also believed that being personally familiar with agricultural activities, such as cooking, weaving, and sowing, served her well in her travels. In this she stood out from other contemporary collectors who tended to be young male students sent out by a nearby university.

Eva Wigström’s collected material displays an impressive breadth. It includes folk beliefs, sayings, stories, and anecdotes. The only sphere she did not delve into was ballads, presumably because she lacked the skill of musical notation. Her letters to Johan August Lundell, professor of linguistics and the publisher of Svenska landsmålen, also reveal her uncertainty as to what she was allowed to publish – as a woman she was subject to different rules from male researchers. The ironic article about her which was published in Idun in 1889 highlights these very problems.

It is important to locate Eva Wigström’s folklore work within the right tradition. Her first attempt at getting her work published through the Albert Bonniers Förlag was rejected. She then turned to Denmark, unsurprisingly, given that her influences came from there. Whilst attending a meeting at Askov public college she responded to a questionnaire on birds in folk belief which had been put together by Frederik Lange Gundtvig. His brother, Svend Grundtvig, became her teacher in how to collect folklore and he also published her book entitled Folkminnen 1. Her accounts of her travels were initially published in Höjskolebladet in Koldinge, which was subsequently translated into Swedish. One area which has not been studied is whether Eva Wigström had an influence on other female Danish folklore scholars, such as Christine Reimer and Karoline Graves.

Although Eva Wigström is best known for her work in folklore collecting she had previously followed a similar path to many other female writers. She made her debut as a writer in 1866 with the poem called “Till Lillan: med de första kängorna” which was published in the Onkel Adam children’s magazine Linnea. Between the years of 1866 and 1899 she produced nearly 100 poems and pieces of prose. She submitted work to a range of journals: in addition to Linnea, she wrote for Lekkamraten, Småskolevännen and Folkskolans barntidning. During the 1872–1874 and 1884–1886 periods she published her own children’s journal called Hwitsippan, which was clearly influenced by Linnea. Much of what she wrote belongs to the moral-pedagogic tradition but she also wrote a lot of articles for journals aimed at an adult readership, such as Allehanda för folket, Framåt, and Dagny. Initially the articles primarily dealt with public information, education, and women’s emancipation.

Re-using material formed an important element in Eva Wigström’s output. She would edit and rework some of what she had collected for other publications. She reworked several tales so that they became suitable for children whilst sayings were reworked in fictional form for an adult readership. This was presumably due both to the desire to make as much use as possible out of a given piece of material, but also to a desire to make interesting pieces available to as wide a range of groups as possible. Thus, her 1899 portrayal of folk life entitled Från herresäten och bondgårdar, sägner och berättelser contains several traces of material from her collecting activities. She also made use of other methodologies. She had already published a portrayal of folk life in 1870 called För fyrtio år sedan: taflor ur skånska folklifvet, an account which was largely based on her own childhood. It was edited and presented in a more academic manner and published in 1891 under the title Allmogeseder i Rönnebärgs härad på 1840-talet.

It appears that her family came increasingly to rely on Eva Wigström for their income. Her husband, Claes Wigström, had initially been the managing director of Ramlösa spring, and then became the director of Malmö central prison (during which period Eva Wigström wrote Brott och straff, a pamphlet which argues for reforms within the prison system). Subsequently the family moved to Helsingborg, where Claes Wigström opened a book-keeping school. He was involved in his wife’s work by providing clean copy of her work and sending it off to the publisher. One of her two daughters opened a school at which Eva Wigström worked as a teacher. She would spend her holidays travelling to collect folklore.

Eva Wigström died in Helsingborg in 1901. 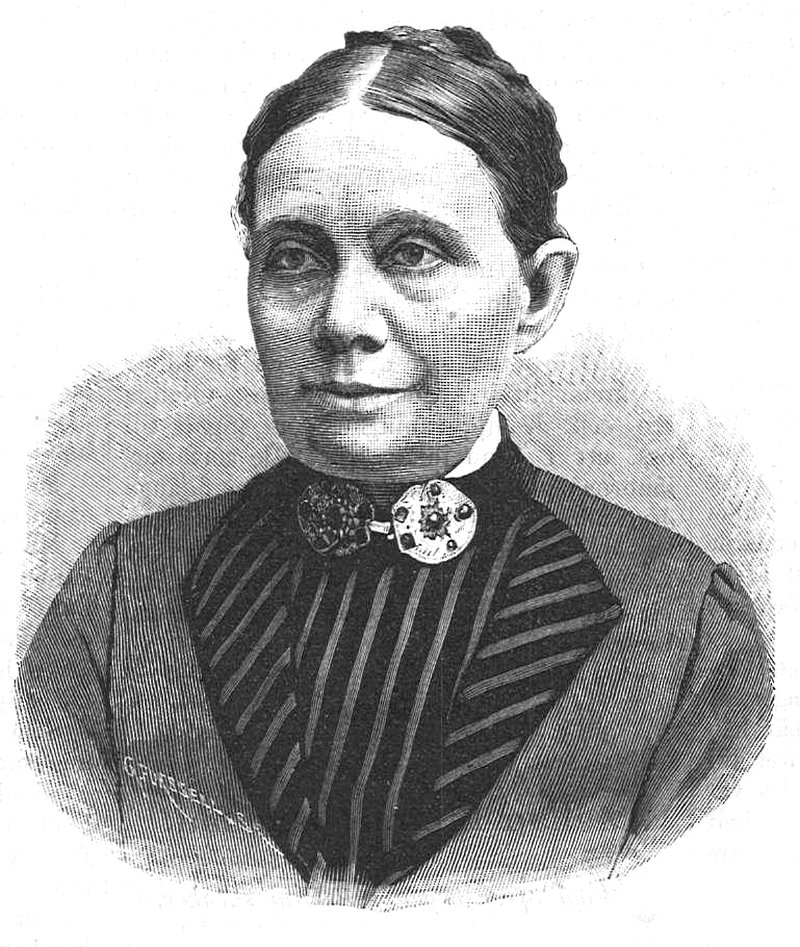