Lotten Dahlgren was an author of memoirs, a journalist, and the editor of the Fredrika-Bremer-Förbundet (Association) periodical Dagny in 1891–1907.

Lotten Dahlgren was daughter to Ulrica (Ulla) von Heland and the author Fredrik August Dahlgren, both with deep roots in cultivated families from Värmland. Her mother was Erik Gustaf Geijer’s niece. Her father was both a learned public servant and a successful author, best known for his popular comedy Värmlänningarne, that was first performed in 1846. During the 1870s, he came forward as ”Fredrek på Rannsätt” with Swedish literature’s first significant poetic writings in a country dialect. In 1871 he was elected into the Swedish Academy.

Lotten Dahlgren grew up in Stockholm and lived most of her life in Djursholm. Her two elder brothers were both active in the academic field, one working in libraries and the other as a grammar school teacher. Lotten Dahlgren was however not allowed to matriculate. Her education was limited to a private school in Stockholm and a few years’ language studies abroad.

With these as her point of departure, Lotten Dahlgren spent several years as a teacher. However, writing enticed her. She made some attempts at writing for children in the 1880s. It was however as a journalist that she would make her name. At the end of the 1880s, she was working at the evening newspaper Aftonbladet’s editorial office. She was elected onto the Fredrika-Bremer-Förbundet (Association) Board in 1887, and in 1891 she was appointed editor of the Association’s periodical Dagny. She held this appointment until 1907. Lotten Dahlgren attended to her tasks as editor with great fidelity. She could show fighting spirit, but her contributions were mainly characterised by a humorous and friendly style. Above all, she wrote several articles on literary subjects and on women’s politics.

Lotten Dahlgren was very socially active all her life. For example, she held popular lectures at the beginning of the twentieth century for working women in Liljeholmen, on the initiative of Fredrika-Bremer-Förbundet (Association). In connection with the suffrage movement, she became the Association’s representative on the suffrage committee. As secretary of the Nya Idun Society in 1901–1906, Lotten Dahlgren’s lighter, humoristic sides were able to blossom in the form of speeches, farces and poems for special occasions.

Lotten Dahlgren started more and more to write articles with materials discovered in her family’s wealth of personal histories. Her great breakthrough occurred in 1905 with Ransäter. Värmländska släktminnen från adertonhundratalets förra hälft upptecknade, the fifth edition of which appeared in 1923. Its success was so great that Ellen Key encouraged her to resign immediately as editor in order to be able to focus on the assignment of her life. Lotten Dahlgren was at that point a little over fifty. When the periodical Dagny became a weekly from 1908, and also the mouthpiece of the suffrage movement, Lotten Dahlgren found it appropriate to resign as editor. This did not mean that she was no longer involved in Fredrika-Bremer-Förbundet (Association) and in the suffrage movement, however her writing powers could be more uninterruptedly dedicated to her own authorship.

Her success continued with Ur Ransäters familjearkiv. Dagboks- och brefutdrag sammanförda in 1907 which was followed by several more books. During the period 1905 to 1916, Lotten Dahlgren produced seven whole books with extracts from family letters and papers, mainly from Värmland. However, two volumes about the Svedbom couple and their background in Norrland were different. The same was the case with the next book that follows Fredrika Svedbom into her marriage with railway director Karl Abraham Limnell. It describes their cultural oasis Lyran on the banks of Lake Mälaren, demonstrating that Lotten Dahlgren’s likable style of writing could expand its sphere of interest to encompass other regions than Värmland.

Lotten Dahlgren had a broad-minded, empathic capacity to bring personal historical materials to life. She continued during the 1920s to create memoirs at a fast pace. They were published by AB Wahlström & Widstrand. The author gave a list of sources and appended registers of persons and illustrations. Her style was easy to read and accessible. Two books made their mark in particular for these reasons, one on the Nordenfeldt family at Björneborg near Kristinehamn, and one a book about Georg Adlersparre at Gustafsvik and a correspondence about Jenny Lind. The subjects varied, but culturally interesting upper-class environments in the provinces were in focus, with the aim of highlighting the people involved, especially the women.

Lotten Dahlgren has mainly been remembered as a writer of memoirs. The genre that Lotten Dahlgren cultivated was later represented by for example Vivi Horn with her similar focus on country house culture and family letters. Lotten Dahlgren was a classical Fredrika Bremer disciple with her cultural baggage from Värmland that she communicated to her middle-class readers at the beginning of the 1900s. Her last book, the family chronicle about Frances von Koch was completed just a few months before her death in 1934. She was buried in the family grave at Norra begravningsplatsen (the Northern Cemetery) in Solna. 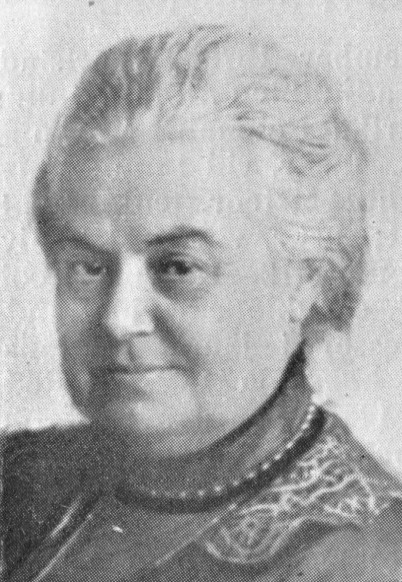