Eva Dahlgren was a ballet dancer, choreographer and dance pedagogue. She developed Swedish dance in new directions, with children in focus.

Eva Dahlgren was born in 1915 in Stockholm. She grew up with four siblings in a wealthy family with a great interest in culture. Creativity and innovation were emphasised and Eva Dahlgren’s artistic interests were encouraged by her parents. Her father Gottfrid Svenson was a successful inventor, but at the beginning of the 1930s, the family’s economy deteriorated drastically.

During the 1920s, Eva Dahlgren attended the French school in Stockholm and came in early contact with French culture. Her mother Signe Svenson sent her to the Russian dance pedagogue Vera Alexandrova’s school of dance and in her teens, she started assisting in Vera Alexandrova’s school where also Birgit Cullberg and Ivo Cramér were pupils. Vera Alexandrova made a strong impression and it was a revolutionary experience to meet an adult who in the 1920s had a focus on children. In 1934, Eva Dahlgren was allowed to accompany Vera Alexandrova to Vienna to participate in an international dance competition in which she won a bronze medal for her solo performance with her own choreography: Eva, ormen och äpplet.

In 1935, without any financial support from her family, she was accepted by the highly desirable school of dance the Salle Wacker in Paris. It was hard to finance this schooling and Eva Dahlgren worked as both a cook in a family and a dancer in a touring cabaret ballet. During a tour in Italy, she left the cabaret and in 1937 she was employed by the Opera ballet in Rome as the first with a foreign background. Eva Dahlgren spoke French and quickly learned Italian. She had a social life and became inspired by artists and intellectuals. With the Opera ballet, she toured Italy despite the war and performed in Rome, even when the city was being bombed.

In 1944, the Swedish consulate compelled all Swedes to return home and Eva Dahlgren returned to Stockholm. After her years abroad, she supported herself as a mannequin at NK’s French Ladies’ tailoring atelier. Parallel to this, she freelanced as a dancer and created among other things solo works with the flautist Carl Achatz. That same year, she opened her first ballet school at Sturebadet in Stockholm.

In 1947, she married Eric Dahlgren, a medical student. They moved to Uppsala and in 1948 had their first child, Hans. Eva Dahlgren started and ran a dance school in Uppsala up until 1950, when the family moved to Karlstad where her husband had been appointed as a surgeon. Here she opened a new dance school. In 1952, their son Gunnar was born and in 1954 their daughter Cecilia. In 1958 the family moved north since Eric Dahlgren had been appointed as Sweden’s first industrial physician at LKAB in Kiruna.

In 1958–1963 in Kiruna, Eva Dahlgren taught children who had often travelled many kilometres to meet the art of dance. The closeness to nature, the world of mountains, the changing of the seasons, the rhythm and silence and also the Sami culture all inspired her strongly when she created choreographies for and with the children.

In 1966, she started Bolidens Barnbalett with dancing children of various ages. Their repertoire further developed the heritage from Vera Alexandrova. Choreographies and dance teaching were characterised by inter-artistic and international perspectives with children in focus. Long before the United Nations’ children’s convention existed, Eva Dahlgren strongly emphasised the children’s perspective.

Eva Dahlgren found it important to reach out with dance to new groups in the community. Children’s ballet produced new choreographies and dance performances were arranged through among other things outreach work in schools, preschools, homes for the elderly and hospitals. They toured in the Nordic countries and also danced in Syracuse, Rome, Paris, Harlem in New York, Vilnius, Seville and Moscow in 1966–1990. Their performances of Rendansen or Änglarna were appreciated just as much at homes for the elderly in Jörn as on 5th Avenue in New York.

It was far from easy to break new ground for the art of dance in the evangelical province of Västerbotten in northern Sweden, where there was compact opposition against dance. One example of this was the choreography of Änglarna that Eva Dahlgren had created to the music of Bach and Corelli in 1965 for the church in Boliden. It was forbidden by the church with the motivation that dance was sinful. It was only ten years later that Barnbaletten was able to dance Änglarna in a church in Västerbotten and eventually also at the Lincoln Center in New York and many other venues.

For Eva Dahlgren, Lappland and the mountainous regions were a great passion. The Sami culture inspired her and in choreographies like Järven och riporna, Renarna and Vinterdansen, she drew out the children’s own empathy and interpretations. It was important to create new choreography in which the children’s own expressions were given space. In Vindarna to music by Verdi, the starting point was the children’s energy, that was turned into fights and mischief, and she transformed it into choreography. Den elaka prinsessan och pagen, inherited from Vera Alexandrova, who herself had danced it at the Mariinsky Theatre in St. Petersburg, was about unhappy love, which was also important to children and young people.

To meet the prejudices, ignorance and the compact opposition to dance, Eva Dahlgren and her daughter Cecilia were challenged in the 1970s to find new and creative ways to introduce dance into schools, to give children and young people the right to the art of dance. In 1978, Eva Dahlgren and Cecilia introduced obligatory dance lessons into the school timetable in Skellefteå, which was the first town in Sweden to have dance with a professional teacher on its timetable. The outreach enterprise with the Boliden Barnbalett’s dance performances contributed to increasing the interest in dance. High quality dance lessons were established in several municipal districts. Many of those who met dance through that work are currently working professionally with dance. Several of Eva Dahlgren’s choreographies were created for the school world in which many children meet. Vårdansen, Vinterdansen and Höstdansen are examples of when around 100–120 children dance at the same time.

Sweden has a tradition of children’s dance in dancing schools that seldom reaches out to boys and therefore should really be called the girls’ dance tradition. Eva and Cecilia Dahlgren developed the pedagogy for obligatory dance lessons in schools where the vision was ”Dance in school for everyone!”. Her dance pedagogy is based on a long tradition with inspiration from Isadora Duncan and Vera Alexandrova. Tuition starts with children’s genuine need for play and movement. Simultaneously, children’s dance learning can be developed through imitation, empathy and expression. The dance teacher is an obvious authority and role model, but dances with the children at the same time, as one of the group. To capture the pupils’ interest, and to retain their curiosity and pleasure, brief timespans, rapid transitions and high tempo are implemented during lessons, with a lot of encouragement. It is important to draw out the pupils’ own expressivity by inspiring dance in different ways. Skills are transferred directly from body to body. Experience and expression are emphasised and it was important for the pupils to be emotionally involved. Eva Dahlgren often used a poetic and picturesque language of images to create mood and atmosphere.

Working with a broad base and an elite and bringing together established dance artists, musicians, and artists with children and young people was something of a signum for Eva Dahlgren. In the 1990s, she collaborated among other things in the summer academies in Sarvisvaara Erling Johansson’s home region with the aim of giving children in the small hamlets in the hinterland of Norrbotten the opportunity of meeting professional creators of culture: to paint with Erling Johansson and to create dance with Eva Dahlgren. The most important aspect of these installations was the concept of quality that was expanded from technique to expanding the children’s own personal expressivity and impressions as the central feature. In the magical environment of the midnight sun, Eva Dahlgren composed Sommaren and Daphne och Apollo and Erling Johansson created the scenography.

Eva Dahlgren designed and painted her entire life. There are many watercolours in which she investigates the dance as a form of expression by also painting her choreographies. Eva Dahlgren’s first book, Balettresan, from 1987 contains drawings, and the book Barn Dans Skola, published in 2006, has many of Eva Dahlgren’s watercolours. Her pioneer work has had significance for dance teacher training and dance pedagogy at Luleå Technical University and the national Institutet Dans i skolan.

Eva Dahlgren died on 27 April 2008. She rests in the Abisko national park. 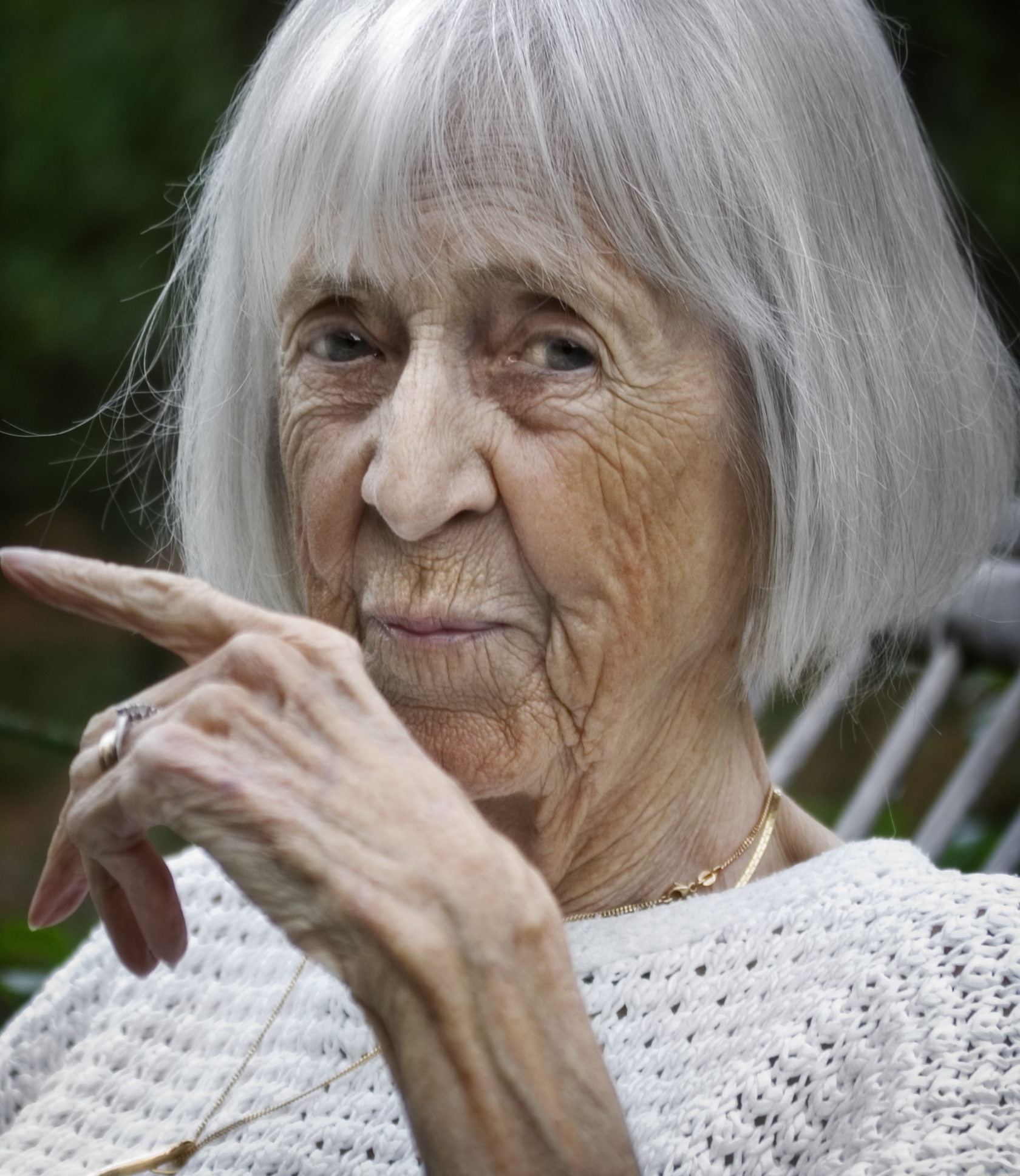