Esther Roeck-Hansen was a notable actor of the first half of the twentieth century.

Esther Roeck-Hansen was the daughter of Oscar Andersson, chief machinist at Uddevalla theatre, and his wife Anna. Esther Roeck-Hansen was born in Uddevalla in 1897 into what eventually became a large family. She attended public school and then later went to Stockholms borgarskola. She also took drama and singing lessons from Lotten Seelig. Given that she grew up within the theatrical sphere she had close exposure to actors working the stage, including the likes of Harriet Bosse and Hilda Borgström when they made guest appearances at Uddevalla theatre. Esther Roeck-Hansen’s first stage appearance, albeit as an amateur, occurred during the guest performance of Karin Swanström and her company in a production of Emile Zola’s L’Assommoir in 1906.

Esther Roeck-Hansen’s proper stage debut occurred in 1915 at Folkteatern in Gothenburg where she was employed by Axel Engdahl until 1918. She then found work with Nils Arehn as part of his touring company, followed by working for Gerda Thomé at Slottsskogen’s open-air theatre, and then with Hjalmar Selander at Nya teatern in Gothenburg from 1918–1919. Esther Roeck-Hansen then spent the ensuing years studying drama, languages, and literature in a variety of places including Germany and Great Britain. Afterwards, in 1923, Ernst Eklund employed her to work at Komediteatern, at Blancheteatern, and at Djurgårdsteatern. From 1927 onwards, and for the next 30 years, her husband took on the running of Blancheteatern and it subsequently became her home theatre. Esther Roeck-Hansen also worked at Lorensbergsteatern, Norrköping-Linköpings stadsteater (city theatre) and Vasateatern, as well as at Lisebergsteatern in its first production in 1948. This was the play called Han träffas inte här. She also toured with Riksteatern and made guest appearances, including in Norway at Det nye teater in Oslo and in Finland at Svenska teatern in Helsinki.

Esther Roeck-Hansen’s stage roles included Anna in Värmlänningarna and Elvira in Sten Stensson Stéen från Eslöv, both in 1916, Slonka in Die Flamme at Komediteatern in 1924, Shirley Pryde in The Way Things Happen at Blancheteatern in 1927, Eleonora in Påsk also at Blancheteatern in 1929, and Ann Marwin in This Thing Called Love at Djurgårdsteatern in 1929. She also performed the following roles at Blancheteatern: Stella in The Sacred Flame in 1930, the Countess in Bandet in 1931, Viola in Twelfth Night in 1933, Anne Roberts in The Mollusc in 1933, Stella Hallam in Vi Hallams in 1933, Elizabeth von Bernburg in Gestern und Heute in 1934, Tekla in Fordringsägare in 1939, Sanchia Carson in Sir Edward Carson in 1938, Emma Bovary in Madame Bovary in 1939, Léonie in Les Parents Terribles in 1939, Jelena in Uncle Vanya in 1941, the title role in Candida in 1942, Katherine Markham in Old Acquaintance in 1943, Ljubov Andrejevna in The Cherry Orchard in 1944, Helene Alving in Ghosts in 1946, Sickan in Krigsmans erinran in 1947, Alice in Dödsdansen in 1949, and Inger Klerck in De fem fåglarna in 1949. She also played the part of Alicia Christie in En kvinnas gåta in 1950 whilst touring with Riksteatern at various places including Uddevalla teater and the part of Constance Russell in Affairs of State in 1953 at Vasateatern.

Esther Roeck-Hansen made her film debut in 1926 when she appeared in Sigurd Wallén’s comedy Dollarmillionen. Her silver-screen appearances were meagre, totalling around 10 films. These included Svarta rosor in 1932, Och alla dessa kvinnor… in 1944, Kungliga patrasket in 1945, Sjätte budet in 1947, Kärleken segrar in 1949, För min heta ungdoms skull in 1952 and Flickan i frack in 1956. In 1926 Esther Roeck-Hansen had also appeared in a silent Finnish movie, directed by her husband.

Esther Roeck-Hansen was a stylish, self-assured woman who possessed a stable alto voice. She specialised in an intensely emotional style of acting which she used to portray many strong female roles, characters who were psychologically complex, highly strung, and emotional. This expressive style of acting, her strength and her empathy made her an excellent actor of tragic roles, but she was just as capable of performing comic roles and she also appeared in revue shows. Although Esther Roeck-Hansen had mastered acting on film, the stage was her true domain. She withdrew from her professional career towards the late 1950s, having spent many years in the service of Thalia.

Esther Roeck-Hansen was awarded the Anders de Wahl stipend in 1928 and in 1943 she received the Litteris et Artibus medal.

Esther Roeck-Hansen died in Stockholm in 1987. She is buried at Norra begravningsplatsen (the Northern cemetery) in Uddevalla. 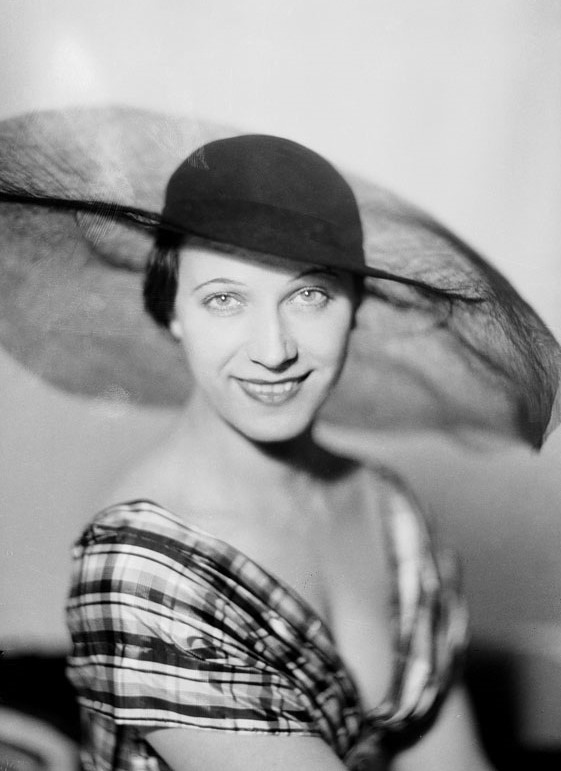