Emy Ek was a headmistress, a public speaker, an author and a pedagogue. Emy Ek made her greatest impact as a public educator within the literary and poetic sphere.

Emy Ek was born in Malmö in 1888. She grew up in the poor and expanding working-class area called Lugnet in Malmö, where her parents had a shop from the 1890s. She later remember and reflected on her childhood time and her years as a young adult with bitterness as both of her brothers were allowed to go to school and university despite the straightened family finances, whilst she and her sister, Gerda Kristina, were only allowed to attend elementary school. Emy Ek financed her own studies by working. That was how she was able to gain her school-leaving certificate without telling her father, having sat the exam as a private student in 1908. She then sat the exam to become an elementary school teacher, took a Bachelor’s degree in Nordic languages at Uppsala, and finally gained her licentiate at Stockholm College with Professor Karl Warburg as her supervisor. She described herself as “dead tired”, a tiredness which seemed to follow her throughout her intense professional life. Her father found it difficult to continue running the family shop after her mother died in 1914 and Emy Ek had to provide for her father until he died in 1935.

In 1909, then aged 21, Emy Ek applied for a job at the Grevesmühl co-educational school in Stockholm and was offered the post as deputy director. The school had been restructured as a junior secondary school between 1905-1908. The school principal was Per Fischier, who was well known in Stockholm at that time, culturally active and also served as the director of Stockholm’s borgarskola (civic school). Emy Ek’s expertise in literature was particularly welcome as part of the Grevesmühl co-educational school’s ambitions to educate working-class children.

That Emy Ek was allowed to teach at a junior secondary school despite not having the required academic qualifications was largely due to the fact that a private school market for advanced education had emerged during the second half of the 19th century in which women could work without these qualifications. Emy Ek did, however, obtain the academic qualifications afterwards, ending with the licentiate in literature.

Whilst Emy Ek was working as a school director, school headmistress, and teacher at the Grevesmühl school between 1909 and 1940 she also gave about 700 lectures on literature and authors for Stockholm’s Arbetareförening (workers’ association), Stockholm’s borgarskola, and Södermalms Arbetareinstitut (workers’ institute). She also wrote about a hundred articles on literature in journals such as Studiekamraten, Tidevarvet, and Hertha and feature articles for Svenska Dagbladet.

Emy Ek was a brilliant speaker. Her former students and newspaper reviews frequently praised her powerful ability to touch both the intellect and emotions. Tidevarvet acclaimed “her clear, impartial, and sharp literary analyses”. A survey of the authors and works which Emy Ek discussed in her lectures reveals her extensive and deep knowledge of many literary genres. She introduced both older and more modern authors to her audiences and always offered her own perspectives on their work. Initially, a lot of her talks focused on literature of the 1880s and 1890s, Strindberg, Victoria Benedictsson, and Anne Charlotte Leffler, but they then came to focus more on Hamsun’s later works, Ola Hansson, Per Hallström, Bo Bergman, Elin Wägner, Ludvig Nordström, and later writers of the 1940s such as Harry Martinsson, Josef Kjellgren, Karin Boye, Hjalmar Gullberg and others.

Emy Ek never had her own family. From the autumn of 1909 she lived either in or near the Grevesmühl co-educational school building at Brunnsgatan 13 in Stockholm with her sister, until her sister died in 1930. She then lived at various addresses in Stockholm and devoted her interests and energy mainly to the school, talks, and writing all the while becoming increasingly immobilised by illness. During the final 17 years of her life she was bed-bound and suffered, amongst other things, from rheumatism and blindness – which she referred to in a letter as “the mattress coffin” and “lifelong cell”. Her former students undertook several fundraisers on her behalf and in the 1960s set up a fund, which by 1965 totalled almost 43,000 kroner and provided her with a monthly income.

Emy Ek was acclaimed by her peers, by the press, at public ceremonies, and was awarded three medals in recognition of her efforts. The fact that she later became forgotten is probably due to the fleeting nature of lectures and teaching whilst articles and other documents can leave traces for posterity.

Emy Ek died in 1967 and is buried at The Woodland Cemetery in Stockholm. 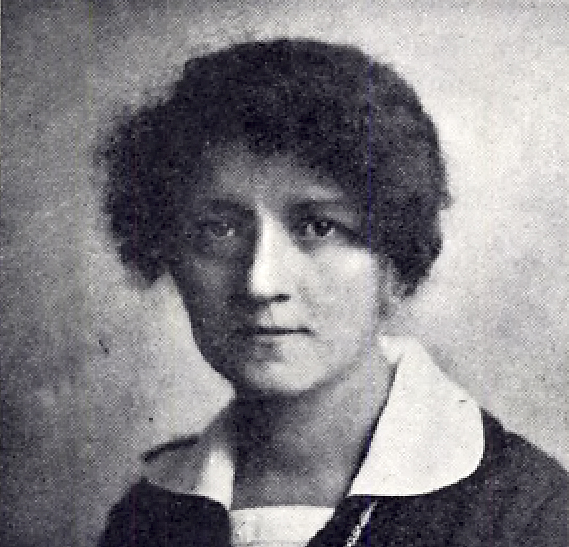