Emma Wretlind was a pioneer of the women’s temperance movement called Vita Bandet (the White Ribbon) around the turn of the twentieth century.

Emma Wretlind was born in 1875. Her father, Carl Julius Lenström, was a well-off clergyman in Uppland who was a literary historian, a doctor of theology as well as a priest. Her mother, Margareta Fältström, similarly stemmed from a clergyman’s family. Emma Wretlind was initially home educated but from the age of 12 she began to attend a girls’ school in Uppsala. When she was 19 years old she became employed as a governess for a family in Västergötland. The next year she was offered a teaching position at the Sigrid Rudebeck girls’ school in Gothenburg, where she worked until 1878. That year she married Erik Wilhelm Wretlind, a doctor and champion of sobriety. He was a widower who had two children from his previous marriage. Emma Wretlind went on to bear him another eight children.

For a while Erik Wilhelm Wretlind worked as a physician at the Djursätra spring health resort in Hjo. Following his election into parliament in 1885 Emma Wretlind set up a sewing association to fundraise on behalf of the Elsa Borg children’s home in Stockholm. She was also responsible for the editorial work on the Eira, Hälsovännen, and Jordemodern journals, for all of which her husband served as the editor and publisher. When Erik Wilhelm Wretlind was returned to parliament again the family moved to Stockholm.

Emma Wretlind joined the Stockholm women’s Christian temperance organisation known as Vita Bandet, serving as its chair for the 1902–1912 period. With her husband’s encouragement she took the initiative in 1904 of setting up the Vita Bandet journal called Hvita Bandet (from 1909 Vita Bandet). She served as the editor of the publication until 1908, regularly submitting articles to it whilst also writing numerous propaganda brochures, such as “Huru verka de rusgivande dryckerna”, of which about 5,000 copies were sold. Hvita Bandet was initially financially supported by Emma Wretlind’s husband.

In 1903 Emma Wretlind, along with Emilie Rathou, Maria Sandström, Ina Rogberg and others, travelled to the World Women’s Christian Temperance Union congress in Geneva. She also travelled throughout Sweden giving public talks and establishing new Vita Band branches. She was actively involved in setting up Håkanstorp, the Vita Bandet home for alcoholics of limited financial means and alcoholic women, which was situated in Västra Vingåker parish, Södermanland. From 1913–1919 this home took in alcoholic women from county councils across Sweden. The home was subsequently transformed into a so-called ‘correctional home’, or youth care facility for girls aged 13–15. Until 1939 Emma Wretlind served as chair of the Håkanstorp planning committee and its executive committee for the care of alcoholics, and later also youth care, run by Vita Bandet.

Emma Wretlind remained active within Vita Bandet until her death in 1944. She was 92 years old when she died. She is buried in Solna. 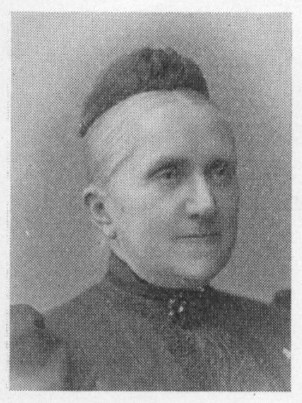