Emma Jonsteg was an architect who engaged in public discussions regarding architecture and urban planning.

Emma Jonsteg was born in Gothenburg in 1972. She and her younger brother Jesper were brought up in Landvetter by their father Roul Jonsteg, a civil engineer. Their mother was Eva Christina Jonsteg (née Westlund). Emma Jonsteg’s parents divorced in 1980. After gaining her school-leaving certificate at Burgården high school in Gothenburg Emma Jonsteg decided to train as a spatial planner at Blekinge Tekniska Högskola (BTH, college of technology). Her studies included an exchange year during which she also studied urban planning at Chalmers (another institute of technology in Gothenburg). She gained her architect’s qualifications from Kungliga Tekniska högskolan (KTH, now the royal institute of technology) in Stockholm.

In 2008 she, along with fellow architect Mattias Litström, established the Emma Jonsteg architectural office known as Utopia Arkitekter. She was the company’s managing director. In August 2011 she published a provocative article published in the Arkitekten journal intentionally targeting the Swedish body of architects by pointing out the poor quality of Swedish architecture. Her article gained a lot of traction and led to major discussion. Emma Jonsteg worked hard as a fast-paced and intensive architect and managing director. She also gave lectures and wrote columns on policies regarding quality, land-use and urban planning, the economy and sexual equality. From 2014 onwards she hosted a podcast called Snåret, in which she shone a light on the construction process from various perspectives. The podcast enabled her to reach a broader audience and made Emma Jonsteg a visible influencer within many different spheres of social media.

Emma Jonsteg sought to improve relations between the body of architects and various directors within the construction industry and she skilfully made use of rhetoric in her expression. Her column, entitled “God arkitektur lyfter inte en kass stadsplan” (“Fine architecture doesn’t improve a poor town-plan”) focused on the significance of innovative town-planning and she became one of the instigators of Nätverket för värdeskapande stadsbyggande. In 2014 Emma Jonsteg was awarded the Olle Engkvist medal in recognition of her engagement and stylistically driven activism with regard to community-building and her ability to generate meaningful dialogue. In 2016 the journal Rum placed her at the top of the list of the most influential individuals within Swedish design and architecture and that year she was also named by the magazine Fokus as one of the 75 most powerful people in Swedish culture. Emma Jonsteg sat on the board of Sveriges Arkitekter for six years and during the 2016–2018 period she served as deputy chair of the organisation.

In 2013 Utopia Arkitekter, along with Skanska AB, won a land allocation competition to construct a prestigious trademark building in Uppsala. This was Utopia Arkitekter’s first project which did not involve residential housing and Emma Jonsteg was both pleased and proud to see Juvelen advance. The construction involved a long and demanding process and this intensive project lasted for the duration of Emma Jonsteg’s life. In an interview she gave to Hållbart byggande magazine in 2017 she emphasised how architects should occupy a central and problem-solving role when it came to community building, retaining responsibility for delivering high-quality architecture which was both aesthetic and environmental in outlook and financially sustainable. Emma Jonsteg lived according to her beliefs, following the expressed goal that as an architect she would try to contribute every day towards “creating an improved society”.

In the spring of 2019 she was the focus of an article in the Betong: Svenska betongföreningens tidskrift journal which described her as the Almedalen superstar of the architectural industry. It was at this time that she was diagnosed with cancer which led to her untimely death the following year, aged only 47, leaving her husband Jesper Lövkvist and four children behind. Her remains lie at the Woodland cemetery in Stockholm. 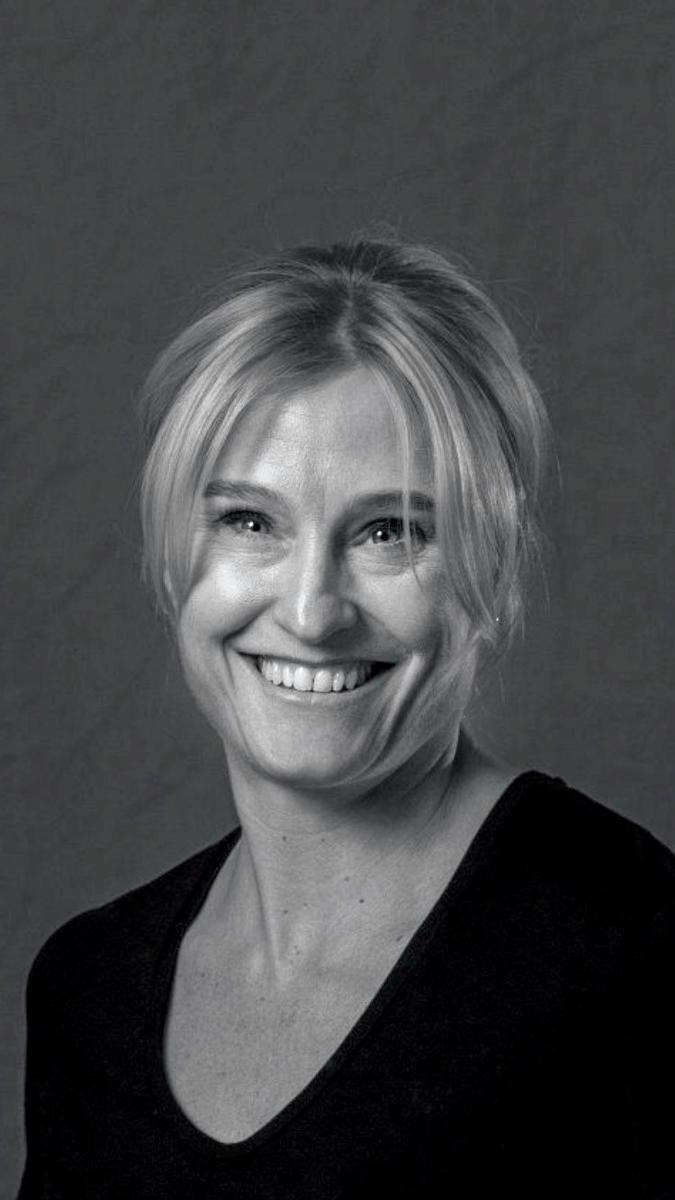