Emily Spörck was the second woman in Sweden to qualify as a doctor. She was educated in the USA where she also had her practice.

Emily Spörck was born in 1825 on the Baltic island of Gotland. She was the daughter of Sofia von Vegesack, née Lythberg and Emil von Vegesack. Her father was an aristocrat with the title of Baron. He was a captain in the national guard and later a customs inspector. Emily Spörck was the third child of nine. From the age of eight, she attended the Misses Molander’s private school in Visby where she acquired among other things good knowledge of English, German and French. She also learned Latin at home with the help of her brothers’ tutor.

Her father Emil von Vegesack was interested in medicine and ran a small apothecary’s shop in their home, out of which he helped the inhabitants of their neighbourhood with diverse medications. He carried out smallpox vaccinations and blood-letting. Emily Spörck was allowed to assist her father in these tasks, and her interest in medical knowledge was founded. She studied on her own, by among other things reading her father’s copy of Magnus Martin af Pontin’s Anvisning till valet af läkemedel för allmänna sjukvården, granskad och gillad af Sundhetskollegium from 1816.

When Emily Spörck was in her twenties, she got to know her husband-to-be, the Norwegian merchant navy captain Peter Bruno Spörck. They met when his ship moored in Visby harbour. The couple were married in 1856 and moved to Bergen in Norway. Emily Spörck spent some time in Stockholm, where she sought help for her health. It is however unclear what the problem was. She was treated at an institute that was run by Dr Truls Johan Hartelius and Dr Axel Sigfrid Ulrich. After treatment, she remained as a student at the institute and trained as a physiotherapist. After that, Emily Spörck worked for four years as a physiotherapist in Bergen.

Her husband resigned at the same time as a sea captain and started instead a career as a merchant in Ålesund. His enterprise failed however, and Peter Bruno Spörck chose to seek his fortune in the USA. Sometime afterwards, Emily Spörck also resigned from her work in Bergen and moved to her husband in Chicago. Now it became possible for her too to realise her dreams of becoming a physician. In Sweden, as in Norway, opportunities for women to undertake a medical education were still closed at the time.

Emily Spörck was widowed in 1869 and lived under poor circumstances. Nevertheless, she chose to start her education at The Hahnemann Medical College in Chicago in 1871, to which women as well as men had access. To support herself during her studies, Emily Spörck opened a placement agency, a so-called “intelligence bureau”. As a medical student, she also had permission to open her own practice at which she received people in need. After two years, she had read the entire four-year-long course and she qualified in 1873, at 48 years of age. She became a doctor of both medicine and surgery. In her group were 17 other women. Emily Spörck became the second Swedish woman to qualify as a doctor even if it had required studying abroad. The first was Charlotte Yhlen Olsen. The third woman to qualify as a doctor, Benedicta Lager, studied at the same college as Emily Spörck and qualified in 1885.

Emily Spörck was active as a physician in Chicago, mostly among Scandinavians, and like many of the early women doctors, she specialised in women’s and children’s illnesses. She also lectured at the Chicago School of Midwifery and had a small maternity hospital in connection with her training. She also gave free help to the poor.

Apart from her demanding work as a doctor, Emily Spörck was active in several organisations and associations. She was a member of the temperance organisation Woman’s Christian Temperance Union and was active in a movement that worked to increase awareness of the importance of hygiene and how the risk for puerperal fever could be minimised. She also worked among prostituted women and for a decent moral way of life.

She was also a member of the women’s section of the Odd Fellow Order, a so-called Rebecca sister, and a member of the Order of the Eastern Star which was a section of the Freemasons in the USA. As a physician, Emily Spörck was in demand to participate in several shelter and welfare organisations. She was among other things the chairperson of the Scandinavian section of the association Knights and Ladies of Honor, that gave economic support to families in connection with illness or death, and she was a member of the Ladies of Maccabees of the World. She received an invitation to become an investigation judge in Emunds County in South Dakota, an assignment to which she said no however.

Emily Spörck never had any biological children, but she had seven orphaned foster children who grew up in her home. One of them, her foster son Ben Spörck trained as a doctor and ran her practice when she no longer had the strength. In 1901, Emily Spörck visited Sweden one last time and in connection with her visit, the magazine Idun interviewed her. The interview was published the same year.

Emily Spörck died in Chicago on 19 February 1904 after a short period of illness. One month later, she would have celebrated her 79th birthday. 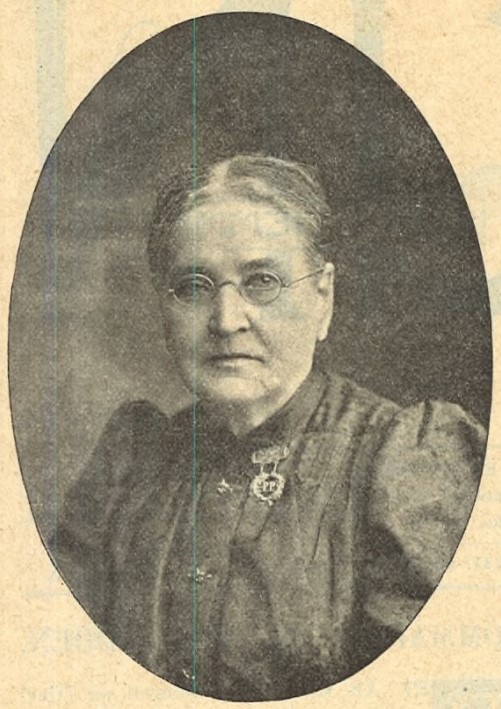