Emmy Nilsson built up an innovative theatre enterprise in Örebro. It started with children’s theatre that became “theatre for people, because children are people and there is a child in every adult person”.

Emmy Nilsson was born in a Jewish family in 1926. She grew up in Budapest. Her mother, Sari Kellner, was a housewife. Her father, Oszkar Steiner, was a travelling salesman in fabrics. The family had strong cultural interests. Emmy Nilsson often went to the theatre, concerts and the opera with her parents. During the 1930s, attitudes hardened against the Jewish population in Hungary. The Hungarian Nazis grew more and more influential. Jews had to wear yellow stars and restrictions following those in the Nuremburg laws were introduced. As a ten-year-old, Emmy Nilsson had to change schools to an Italian Catholic school, since state schools shut their doors to Jewish youth.

On 19 March 1944, Hungary was occupied by Germany. Deportations of the Jewish population started immediately under the leadership of Adolf Eichmann. In the autumn of 1944, Emmy Nilsson was forced to leave her home. She never met her parents again. Along with thousands of Jewish women, she was driven on foot towards the Austrian border for further transport to a concentration camp in Germany, a march during which they suffered cold, hunger and horror. After a long and painful wandering, those who survived the death march arrived at the concentration camp Bergen-Belsen. Her mother died in this camp. Emmy Nilsson herself was saved when the camp was liberated by British troops in April 1945.

After the peace, Sweden organised commuter traffic between Swedish ports and Germany, with vessels rebuilt and manned for the transport of former concentration camp prisoners who were emaciated, traumatised and often very ill. When she was 19 years old, Emmy Nilsson arrived in Malmö with one of these ships, M/S Prinsessan Ingrid, and she was transported on to Loka Brunn in Bergslagen, one of the many places where reception centres had been organised. In Sweden, she rebuilt her life again. She moved to Örebro, learned Swedish, worked in among other things a music shop and met her husband-to-be, Bernt Nilsson. They married and had two daughters. They were however divorced in 1976.

In 1972, Emmy Nilsson participated in a course in experiential pedagogy in Kungälv, which became life-changing for her. Enthusiastic and full of energy, she arrived back in Örebro and initiated intensive efforts to expand the framework of, and establish new goals for, children’s theatre. The aim was not only performance, but just as much the path towards performance. Actors and actresses and the producer discussed things and improvised to find solutions together. That was how the performance Måste man bli vuxen? came into being. In the autumn of 1975, the next project, Karusellen was begun. In January 1977, they were ready to meet the audience. The road forwards had been long, crooked and meaningful. Discussions were serious. The young people revised, excluded aspects or added them according to their thoughts and experiences. The show was a success.

After that followed great outdoor performances, the first of which built on local history. Emmy Nilsson gathered information about the children who had worked in the match factory in Örebro in the mid-1800s. The production Änglavakt och barnarbete, with over 100 participants from 7 to 70 years old, took form with Maud Backéus as the manuscript writer. It was no longer children’s theatre, but it was children’s story. The children performed and the children performing were just as important. The show was produced during the summers in 1982–1984, and it attracted a large audience and aroused interest beyond Sweden’s borders. An international theatre conference in 1984 with 40 participants from around the world took note of the performance and saw the show.

Parallel to working with “theatre for people”, Emmy Nilsson took the initiative to a great Alternative Children’s Day Festival that was held in the summer of 1976. She wrote debate articles on children, culture and democracy, and strove to introduce drama as a pedagogical method in schools. She also participated in the struggle for a body of fully employed, well-educated drama pedagogues instead of children’s theatre leaders who in their leisure time, according to their level of time and energy, and with minimum compensation, worked with children’s theatre.

Emmy Nilsson visited schools for many years with information and conversations about the Holocaust. Central to her message was: This has happened and you have to know about it. Hitler came to power through democratic elections. It can happen even in Sweden. You must acquire knowledge so that it will not happen again.

Emmy Nilsson retired in 1990. Her painting, which she had developed for many years together with her life companion Rolf Jungner, took more and more time. When a severe illness prevented her from using a paintbrush, she made collages out of fabrics instead. When she could no longer cut the fabrics, she drop-painted on silk. Her engagement for children and struggle for a society in which children could grow up as creative and fearless people never ceased.

Emmy Nilsson died in 2009. She is buried in Olaus Petri Cemetery in Örebro. Her history continues being transmitted by her daughter Gisela Nilsson, an actress, who is working on a manuscript for a performance about her mother’s life, with its premiere at Teater Västernorrland in February 2022. 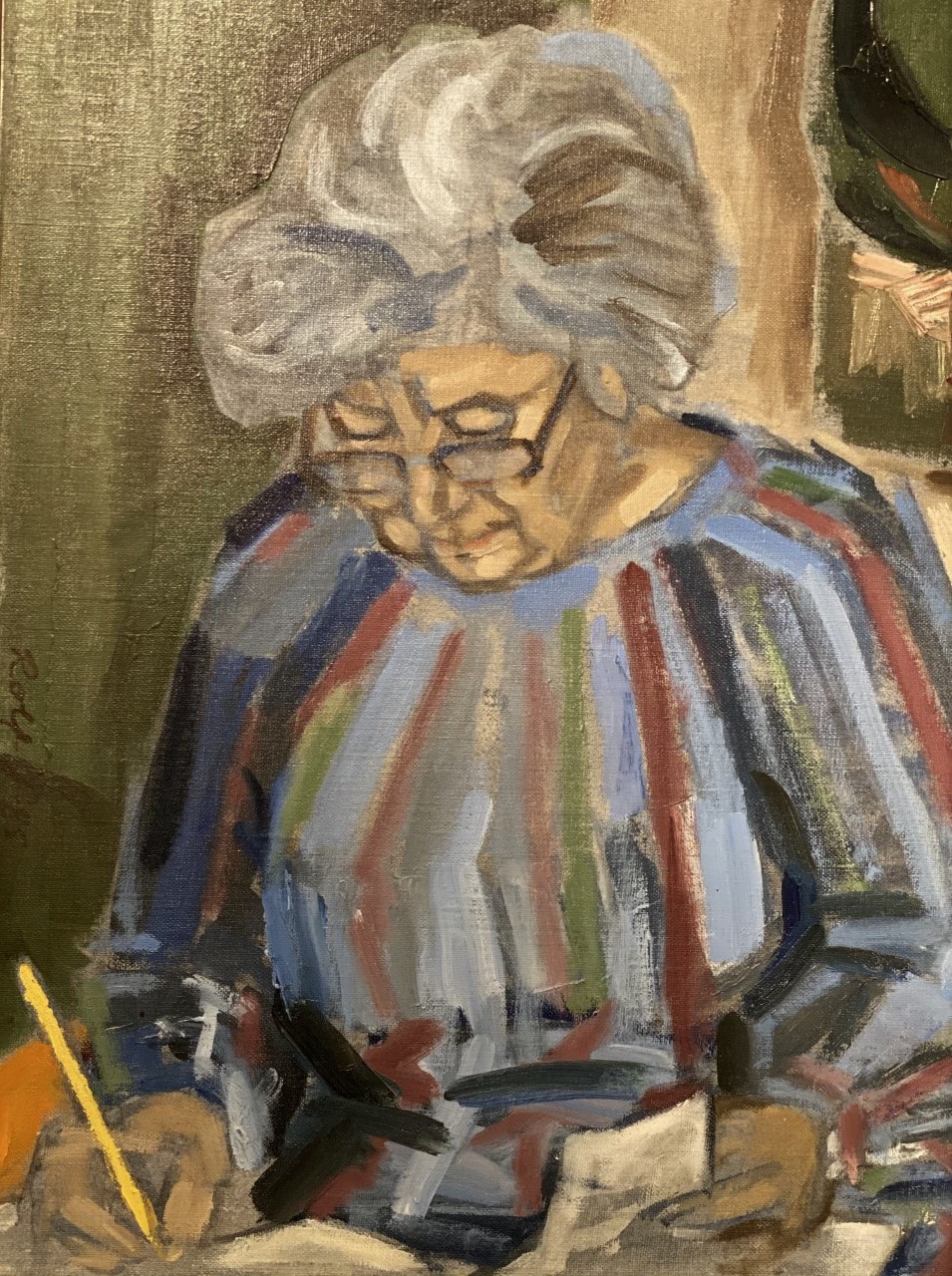