Elna Pehrsson was one of the early female right-wing politicians. She was chair of Högerns kvinnoråd (the conservative party’s women’s council) in Malmöhus region and was a driving force within Högerns centrala kvinnoråd (the conservative party’s central women’s council). She set up 83 clubs in Scania, Blekinge, Halland, Kronoberg and southern Kalmar regions in the period 1927-1929.

Elna Pehrsson was the daughter of Bengta and Hans Nilsson. Her father held various positions of responsibility within the municipality and the county council. She grew up at Brunsbo farm in Stora Beddinge and was initially educated at Elementarskolan för flickor (primary school for girls) in Ystad. In 1898 she gained the “mogenhetsexamen” (required for entry into university) in Stockholm. She subsequently enrolled as a student at Apoteket in Trelleborg with the intention of becoming a pharmacist.

In 1899 her father leased Brunsbo farm to Pehr L. Pehrsson, a farmer from Torshög who was a cousin of Elna Nilsson. The cousins got married and had three sons. On the 150 acres of the farm they grew wheat and sugar beets using contemporary methods. They also bred horses and raised cattle. The farm had several employees, including a cook and a gardener, as well as labourers and animal keepers. A large garden contributed to making the household self-sufficient. However, Elna’s husband died in 1923, just 51 years old. A few years later Elna Pehrsson leased the farm and in 1934 she sold it and moved to Falsterbo.

In the summer of 1911 Elna Pehrsson ran a course in preservation for housewives. She wrote the literature for the course herself, which was sent out weekly as a letter. The course attendees subsequently bound the letters into a book which became Praktiska metoder för konservering av frukt och bär, grönsaker, fisk och skaldjur samt kött och fågel, which was included in a series entitled Hemmets Handböcker. It was first published in 1913 and subsequently twice updated. Elna Pehrsson also ran courses in cooking, baking and preservation for younger women. The attendees lived at the farm whilst on the courses.

In addition to preservation and cooking, Elna Pehrsson was an active chicken and duck breeder, in particular of Peking ducks. She gained many commendations at displays, not only in Scania but also in Copenhagen. Even today the 21 certificates awarded to Elna Pehrsson are on display at the farm. She was also commended for her handicraft work. At the Baltic exhibition in Malmö in 1914 she participated in several activities and displays. She showed off her knowledge and her range of products.

Community activism was a natural part of life for Elna Pehrsson. She, along with other local women, set up a local section of the Red Cross in 1914. This became Källstorps-Beddinge-Tullstorps Rödakorskrets in 1915. She also helped to establish an animal version of the Red Cross, called Röda Stjärnan (Red Star), in 1917. Its main task was the care of horses injured in the First World War. In 1941 this organisation changed its name to Blå Stjärnan (the Blue Star).

Elna Pehrsson’s first political role was as a representative on the poor relief board in 1918. She became the chair of the pension board in 1923. From 1926 to 1929 she served as the chair of the child welfare board and was re-elected in 1933. She had also been elected as a member of the unemployment committee in 1930. Further, she served as the chair of Högerns kvinnoråd in Malmöhus region. She was deeply involved in efforts to motivate women to participate in political work in order to increase female representation at all political levels. She was also a driving force in the establishment of Högerns kvinnliga medborgarskola (the conservative party’s citizen school for women).

In the autumn of 1921 Elna Pehrsson gained third place in Högern’s (the conservative party’s) list of parliamentary representatives to the second chamber in Malmöhus region. This was the same year that women first got the right to vote in national elections. The top of the list was Daniel Poppius, an agronomist from Norra Knästorp, and Johannes Fjellman, cavalry captain from Ystad. Elna Pehrsson almost became one of the first women to be elected into the second chamber of parliament. However, she just missed out as Högern only gained two mandates in Malmöhus region.

Elna Pehrsson died on 14 March 1940 in Lund, aged 60. Her grave is at Tullstorp cemetery in Trelleborgs kommun. 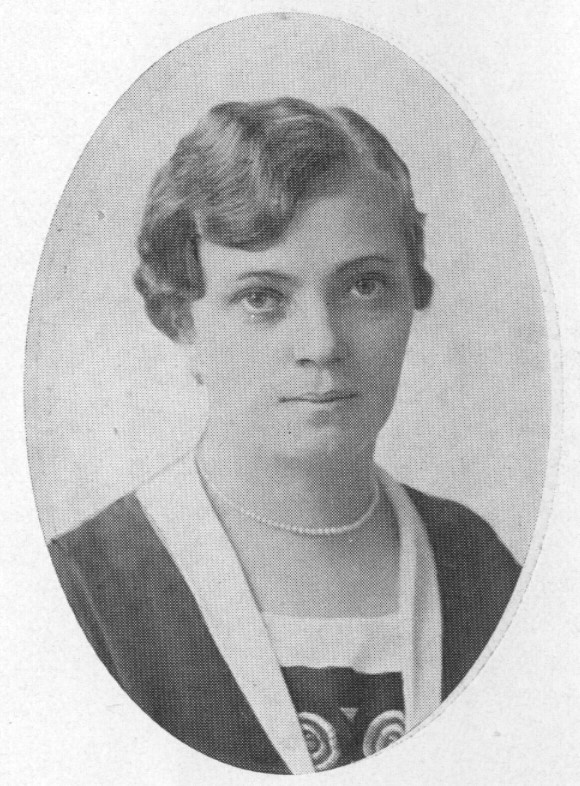