Elisabet Petersson was a teacher, but later worked as a zoologist, collector, and preparator.

Elisabet Petersson was born on 19 November 1873 in Ljusdal in the county of Gävleborg. She was the second child of Hedvig Fredrique Bamberg and Carl Albert Petersson, a land-surveyor. Her sister Karin was a year older. When Elisabet Petersson was only four, their mother died of tuberculosis. Their father remarried a few years later and his new wife had five children that Elisabet Petersson had to help look after. She was also expected to help them with their school work. Education was highly valued in their family. Elisabet Petersson’s paternal grandmother, the widowed Charlotta Andersdotter Petersson took a bold decision for her time and moved alone from her farm in Knivsta to Uppsala to allow her five sons to study at the university there. This decision is supposed to have influenced the following generations’ views about purposeful studies.

The grammar school in Elisabet Petersson’s hometown Gävle did not accept girl pupils until 1924 but from 1887 girls who studied on their own could apply to take their examinations at the school. Elisabet Petersson started out as a private pupil and had to take a maturity test to be able to continue her studies. On 12 June 1897, she did the written and oral matriculation examination at the Gävle grammar school. On 16 September the same year, she was registered at the Gestrike-Helsinge nation at the University of Uppsala. Elisabet Petersson was then one of few women students at the University of Uppsala. After a month or so at the university, on 20 October 1897, she became a member of the women students’ association Uppsala kvinnliga studentföreningen (UKSF) and in 1898–1899 she was the association’s secretary.

In 1902, Elisabet Petersson took her B.Sc. with chemistry, physics and mathematics as her main subjects. Thereafter she worked as a teacher in several towns including Gävle and Katrineholm. During this period, she grew more and more interested in studying biology in greater depth. During her years as a teacher, she had educated herself further in biology with a focus on zoology. In 1908, she moved to Alingsås and started a temporary job as a subject teacher at the state coeducational school in the town. Two years later, she was appointed as a permanent subject teacher in mathematics, biology and chemistry.

In May 1913, Elisabet Petersson also became active in the women’s suffrage movement in Sweden by participating in the starting of a local branch of the National Association for Women’s Suffrage (Landsföreningen för kvinnans politiska rösträtt, LKPR). Elisabet Petersson was elected as a member of the central board which meant that she had to travel and represent the local Alingsås branch at the annual meetings of the central board in Stockholm.

Elisabet Petersson also dedicated herself to study and collecting trips to marine research stations, work that she started in 1912. In the summer of 1913 she travelled to German Helgoland on the North Sea coast. She organised and conserved the materials that she collected herself. Then she donated it all to the Gothenburg Natural History Museum. On assignment from the museum, she undertook a collecting trip in 1915 to the Kristineberg Zoological Station.

In the spring term of 1916, Elisabet Petersson took time off from her work at the school in Alingsås and started to work as a preparator at the Gothenburg museum’s zoological section. Her study and collecting trips continued, and in the summer of 1916 she made several trips to the west coast islands Väderöarna. In 1917 she travelled to the Trondheim biological station in Norway. However, the collecting trip to the Kristineberg Zoological Station on the west coast in 1918 turned out to be her last.

Elisabet Petersson had lived with tuberculosis from an early age. On 8 March 1919, she was admitted to the Sahlgrenska general hospital in Gothenburg. After a few days, on 16 March, she died. She was only 46 years old. In the memorial text in the museum’s yearbook, the director of the museum at that time, J.A. Jägerskiöld, wrote that the museum’s zoological section had lost a colleague who “in a less usual way” had made a place for herself.

The marine echinoderms that Elisabet Petersson had collected during her study trips are preserved in the scientific collections of the Gothenburg Natural History Museum. Today they constitute an important basic material for future research. Several of Elisabet Petersson’s collected and mounted starfish, sea cucumbers, sea urchins and serpent stars can be seen in the museum’s exhibitions. Her photographs can be seen in the archives. 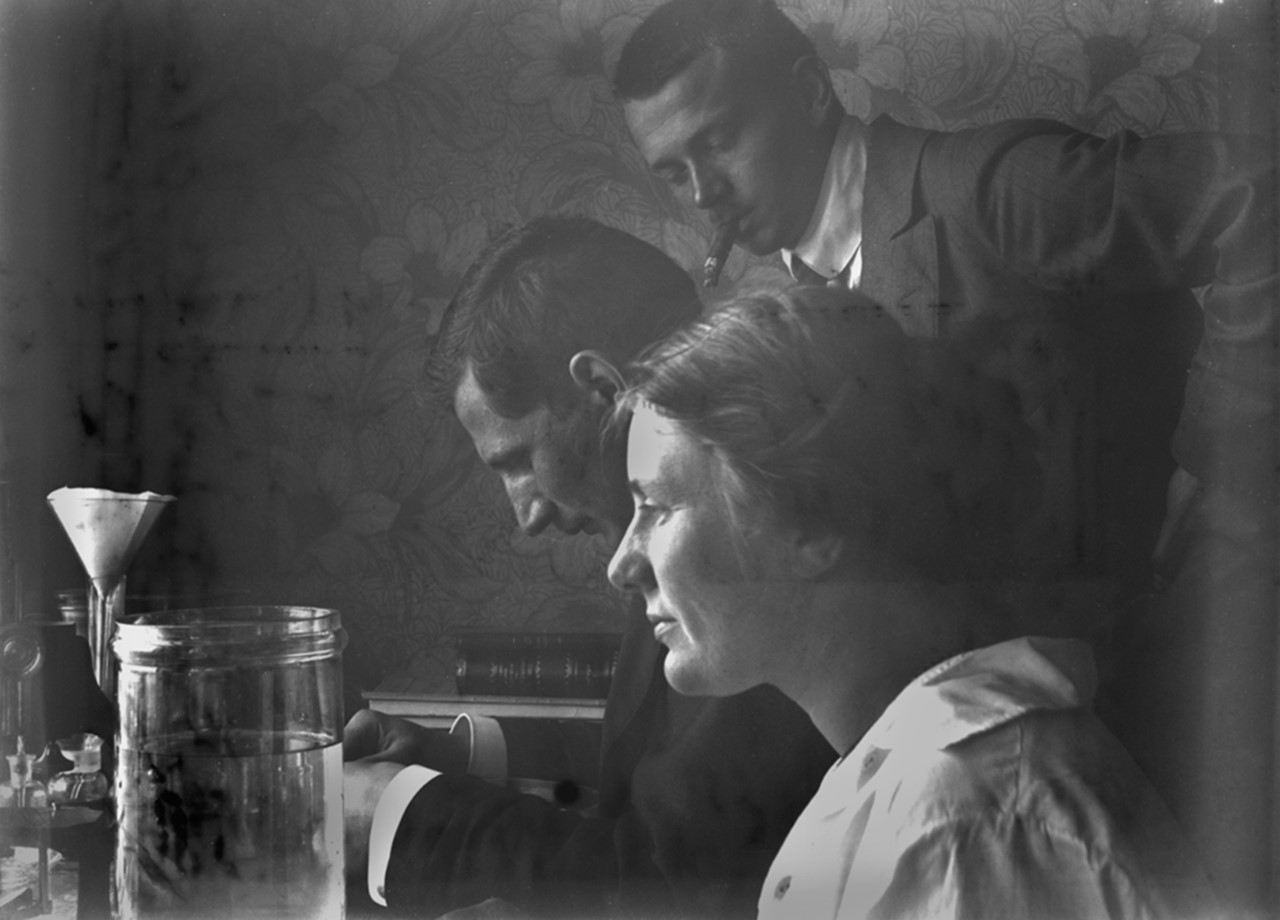