Elina Benckert was a teacher and the founder of a school for girls in Luleå. She was the school principal in 1875—1909.

Elina Maria Margareta Benckert was born in 1853 and grew up in Luleå. She was the third child in a sibling group of five. Elina Benckert’s parents Eva, née Govenius, and Henrik August Benckert, a consul, were comfortably off, and Henrik August Benckert was an influential person in the town during his lifetime. Elina Benckert studied in Stockholm at the well-reputed girls’ boarding school Hammarstedtska skolan. The school was considered to be Stockholm’s most respected girls’ school. It was owned by Fredrique Hammarstedt who had taken it over in 1855.

In the mid-1800s, girls’ education was mainly a matter of private initiative with high fees each term. However, as society became more liberal, demands were made to increase educational opportunities for girls. One step was parliament’s decision in 1874 to subsidise private girls’ schools, which contributed to more girls having economic opportunities for education. Subsidies led to an increase in the number of newly opened girls’ schools, even in smaller towns in Sweden like Luleå.

After her studies, Elina Benckert returned to Luleå and initially gave private lessons. One year after the 1874 decision, however, 22-year-old Elina Benckert took the initiative to founding a girls’ school in the town, with her sister Ester Lönnegren who was four years older and had also been giving private lessons. The school, Luleå elementarläroverk för flickor, opened its doors to the first pupils on 1 October 1875. It was a milestone in women’s schooling in Northern Sweden. The school started on a small scale in the old apothecary shop on the main square. The premises were however not adapted to school classes and as the number of pupils increased, they became too cramped. Conditions improved when they were offered premises in 1880 in the recently built elementary school. The girl’ school remained there for 17 years. In 1883, Ester Lönnegren left and Elina Benckert remained as sole principal of the school. At that point in time, she was seen as the local pioneer for girls’ education. The County Governor Lars Berg, later Director General, had early on observed the school founder’s achievements and supported her in starting a fund-raiser that prepared the ground for financing the building of a grammar school. After zealous work, enquiries and suggestions from the voluntary powers in the city assembly, the school building was opened on 14 December 1897. Elina Benckert had full access to the school as long as she also provided free places for girls from families with meagre economies.

Elina Benckert was described by colleagues and pupils in the sources available as insightful, generous and dedicated. Her devout religiosity was a central element in the teaching with the ambition of refining and forming the girls’ characters. Elina Benckert allowed herself to be inspired by the Hammarstedska girls’ boarding school’s pedagogical profile. It was important that the pupils assimilated theoretical as well as practical knowledge and skills. On the timetable they had for example domestic science, foreign languages and spelling. Morning prayers were obligatory and Christianity lessons central. Elina Benckert taught mainly English, French and geography, as well as natural sciences, or nature study as the subject was then called.

Elina Benckert’s language teaching was notable since lessons were held in the language in question in order to practise pronunciation. On one occasion, she pointed out that the pupils ought not to stuff their heads full with grammar. Her language teaching may be regarded as progressive, since normally grammar was the central element. The cohesion in the staff room was strong with both married and single women, which was remarkable and in contrast to most other work places where marriage and a family meant dismissal from employment. The staff even started a club with meetings in their homes, at which colleagues socialised and discussed issues both great and small.

Elina Benckert had a prominent position in Sweden’s teaching faculty and the whole of her life’s work was tied to Luleå elementarläroverk för flickor, that she shaped very skillfully to give young girls a good foundation for their future professional lives. Her contributions were publicly acknowledged on her fiftieth birthday on 9 February 1903. Numerous citizens of Luleå and the County Governor gathered at the City Hotel to express their thanks to her. It was a grand event and several telegrams from former pupils and parents were read out, communicating their appreciation of her as a teacher and also as a person. In 1931, the school was taken over by the municipality. It was closed shortly before the reforms in 1967 that restructured compulsory schooling in Sweden. Elina Benckert had however already handed over the responsibility for the school to younger capabilities in 1909 after which she returned to Stockholm.

Elina Benckert died in 1938, at 85 years of age. She was buried at the City Cemetery in Luleå. 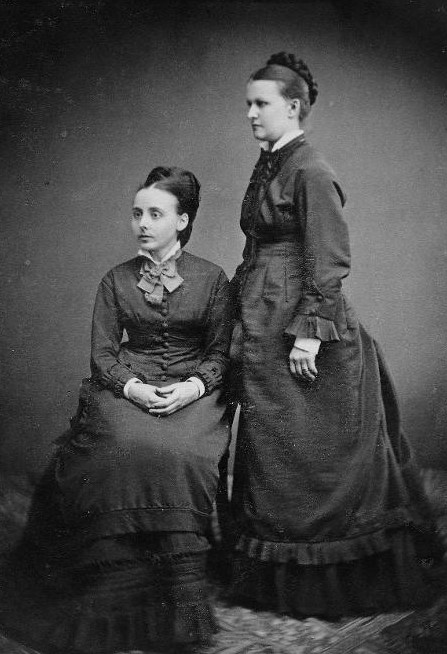