Eddie Figge was an artist and an innovator in modern Swedish painting.

She was born Edith Katarina Gustafsson in Stockholm in 1904 and grew up centrally, in Vasastan. As a 16-year-old, she was attracted in 1920 to be a dancer in Ernst Rolf’s revues, after having read an advertisement in a newspaper. She was later an artiste, dancer and prima donna in a number of revue productions all over the country, and from 1930 also in Paris. For a couple of years in the mid-1920s she was married to Paul Figge, a hotel director, and kept his surname after their divorce.

Eddie Figge spent the 1930s in Paris and travelling around the whole of Europe. She visited Rome among other cities, where Michelangelo’s frescos from the beginning of the 1500s in the Sistine Chapel were a decisive experience. A conversation with the artist Roland Kempe in Paris in 1939 convinced her to invest in being an artist and she returned to Stockholm to attend Otte Sköld’s school of painting from the autumn 1939 until 1942. Two years later, in 1944, she married her colleague Rune Jansson, a student at the school during the same period as she was. Their son Sylvester was born in 1945. They settle down in a villa on Blidö island, far out in the Stockholm archipelago.

As a painter, Eddie Figge used a thickly spread, expressive way of painting with abstract motifs, in which the landscape of Blidö often constituted the point of departure. At the beginning of the 1950s, abstract expressionism had been developed, and was a style mainly linked to the American artist Jackson Pollock’s great splash- and drip-painted compositions. This method and expressiveness was further developed during the entire post-war period, among others to the formal language that came to be called informal painting. This is the label that art historians most often attach to Eddie Figge’s art from the 1950s onwards; paintings with an intimate tone that often break with given rules and traditions for composition. Her works are often painted using a layer-on-layer technique, in which the surface is only partially covered by one or two colours and— in Eddie Figge’s case — not seldom complemented with metal foil, string, or wires that have been attached to or wound round the canvas. The titles, especially from the 1960s, bear witness to her great interest in astronomy and the universe. Typical examples are Rymdrummet and Drömmen om rymden. A parallel interest was the environment movement, and when the UN held its environment conference in Stockholm in 1972, Eddie Figge gave a speech.

Her first separate exhibition was shown at Gummesson’s art gallery in Stockholm in 1954, but it was only after the exhibition at Galerie Blanche in 1961, that won a great deal of attention, that Eddie Figge started to be in demand for exhibitions at galleries and art museums. The next year, 1962, she was selected for the prestige-filled exhibition The Critics’ Choice (Kritikernas val) that toured the country under the direction of the national arts council: Riksförbundet för bildande konst. Several exhibitions followed, in which she exhibited alone and in groups, in which her painting in oils and watercolours were shown: in Stockholm regularly at Galleri Burén, and also in Finland, New York, Lund, Norrköping and Gävle. The Royal Swedish Academy of Fine Arts in Stockholm showed a retrospective exhibition with Eddie Figge in 1971. The Swedish Institute in Paris showed a separate exhibition in 1978: Painting in the Space Age (Måleri i rymdåldern).

The many journeys made by Eddie Figge during her entire life continually gave her new inspiration. Particle physics, with which she became acquainted at the CERN research institute in Switzerland was only one example, as were ancient pre-Colombian cultures in South America, not to mention the European classical cultural heritage of Greek sculpture and architecture.

Separate exhibitions with her art were shown at Moderna Museet in Stockholm in 1981 and at Nationalmuseum, also in Stockholm, in 1992. She also participated in the well-known international Sao Paolo Biennal in 1989. Moderna Museet showed Tribute to Eddie Figge (Hyllning till Eddie Figge) in 1989 — an initiative that had its point of departure in the artist’s decades-long and strong engagement for a new building for Moderna Museet on Skeppsholmen — that was inaugurated the same year.

The last great separate exhibition with Eddie Figge was shown at Liljevalchs konsthall in Stockholm in 2003, the same year as she died and was buried at the Northern Cemetery in Solna. Her art is currently to be found in collections at Moderna Museet in Stockholm, Musée d'Art Moderne in Paris and Skissernas Museum in Lund. 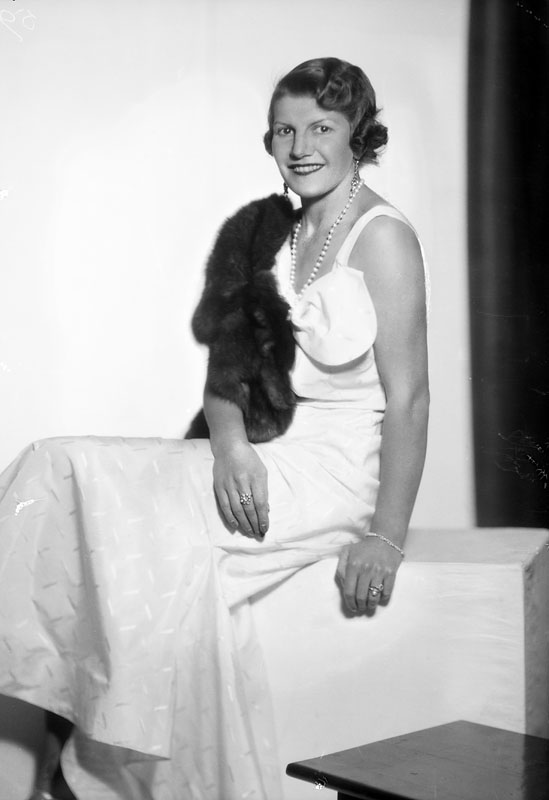