Queen of Sweden and Norway

Queen Desideria was the wife of King Karl XIV. She is the ancestress of the royal Bernadotte family.

Desideria was born in 1777. She was the daughter of the well-to-do merchant François Clary and his wife Rose. They lived in a simple home on the Rue de Rome in Marseille. Desideria, who has been described as a charming and vivacious beautiful brunette, was one of nine children. She was closest to her sister Julie, and they maintained a close relationship throughout their lives. Both of them went on to marry men who became kings. It all began in 1794 in the Clary family garden arbour in revolutionary France, where the sisters were courted by two Corsicans, namely the brothers Napoleon and Joseph Bonaparte. Joseph, who later became king of Spain, married Julie. Although 25-year-old Napoleon’s courtship of 17-year-old Desideria did lead to an engagement, this only lasted briefly.

In 1798 Julie and Joseph Bonaparte invited General Jean Baptiste Bernadotte (who later became King Karl XIV Johan of Sweden) to their home in Paris. It is alleged that while Julie’s sister Desideria played the piano the general very attentively turned the pages of sheet music for her. It was possibly Desideria’s close relationship with Napoleon that led the general to perceive her as a highly desirable catch, given his military career plans. In any case, just 14 days later Jean Baptiste Bernadotte, who was 35 years old, proposed to Desideria and she accepted, having rejected many previous suitors. The couple married at Sceaux near Paris in 1798 and on 4 July 1799 their son Oscar was born. Napoleon became the boy’s godfather.

During Napoleon’s coronation ceremony in 1804 General Bernadotte was appointed Marshal of France, and Desideria was awarded an equivalent title. Upon learning that her husband had been chosen to become Crown Prince of Sweden in 1810 Desideria was apparently neither pleased nor displeased by the announcement, believing it to be a purely honorific title. Little did she realise that she was to accompany him to the far north where he would rule a “barbaric and unruly population”.

On 20 December 1810 the now 33-year-old Desideria and her 11-year-old son Oscar landed at Helsingborg harbour and finally arrived in Stockholm on 6 January 1811, after travelling across the snow-covered countryside. The new Crown Princess of Sweden, wrapped in large furs and frozen with the cold, was welcomed with 256 shots from cannon to what she termed “le pays de loups” – the land of wolves - as she called Sweden.

The heir apparent and his family were settled in the bleak and cold rooms of Haga Palace. According to the glib Queen Hedvig Elisabet Charlotta “one of the Crown Princess’s most prominent features is her defiant candour” and in the deserted splendour of Stockholm Palace the queen is said to have responded to Desideria with poisonous observations and serious corrections.

Desideria refused to be bowed. She found the Swedish court to be stiff and silly and felt no compunction to perform any duties on behalf of her new home. Indeed just six months later she returned to her own home at Rue d’Anjou in Paris. The official reasons given were that it was because of her health. She and her husband maintained close contact through regular correspondence and Bernadotte felt there were benefits to be had from the Paris arrangement. Given the unsettled political climate in Europe Karl Johan used Desideria’s presence in Paris as a means to access important political information from the French capital.

Accounts of Desideria often end with her departure from Sweden in 1811. However, eleven years later an announcement arrived at Stockholm Palace, which was apparently received as though it were “an impending grenade”. Desideria wanted to return to Sweden, and this she did in 1823, landing at Manilla at Djurgården in Stockholm, along with Oscar’s fiancée Josefina av Leuchtenberg. She apparently settled in comfortably, although her initial enthusiasm somewhat lessened over the years. Despite her intention to eventually return to Paris, and constant plans to make that journey, for various reasons she never actually left Sweden.

In August 1829 Desideria, then 52, was crowned as the first Bernadotte Queen of Sweden, at Stockholm’s Storkyrkan. Her official name was Desideria, although she herself never used that variant. She performed her duties with certain panache although there actually were no important roles for her to play, particularly given that she never mastered the Swedish language. She rarely saw her husband, whom she usually referred to as “vännen” (my friend). Desideria’s abundant correspondence with her sister Julie reveals that she felt a certain distance towards her role as queen. The letters also reveal her sense of humour, along with her common sense and clarity of vision.

King Karl XIV Johan died on a spring day in 1844. Desideria, despite having made plans to travel south, remained in Sweden. She gained a lot of joy during her golden years from being with her grandchildren: Karl (Karl XV), Oscar (Oscar II), Gustaf (the singing prince), Eugénie, and August.

Désirée Clary, a French merchant’s daughter, married as Bernadotte, eventually re-named Desideria, died aged 84 in 1860. She is buried in the Riddarholm church, next to Karl XIV. 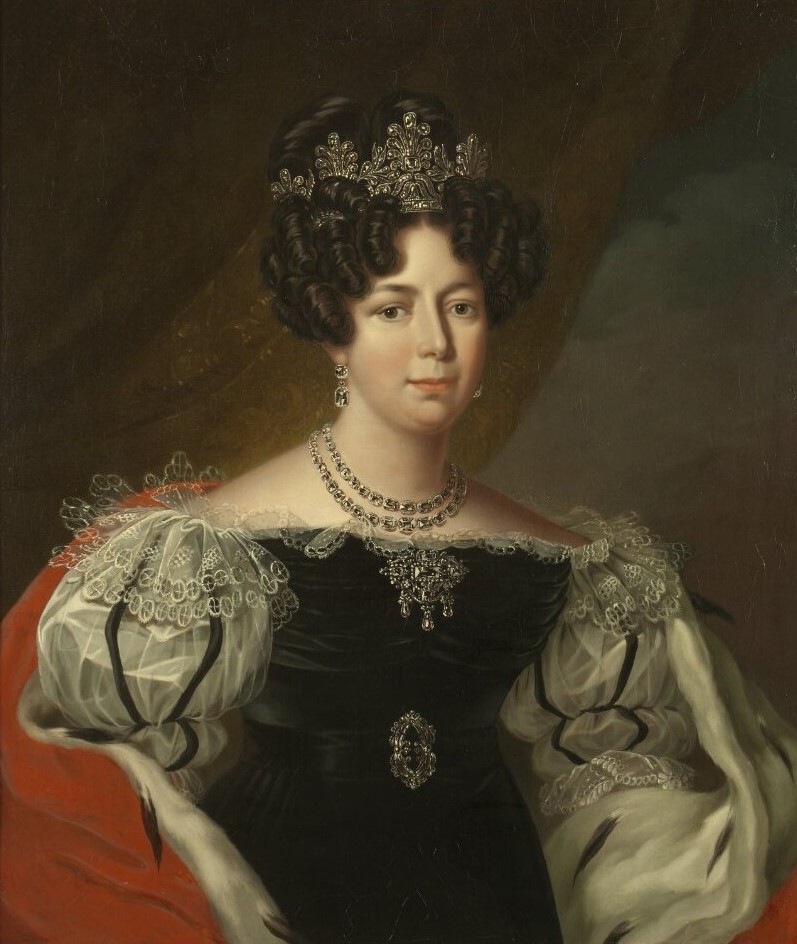