Dagmar Lodén was a painter, trained at the Royal Swedish Academy of Fine Arts, who later sought to emphasise the artistic value of textiles in industrial art and in decorating public spaces.

Dagmar Lodén was born in Stockholm in 1904. She was the only child of Ernst Hennig, a merchant and director, and his wife Karin Holmberg. Dagmar Lodén initially studied at Tekniska skolan (now Konstfack, college of arts, crafts and design), and then, from 1926–1931, attended the Royal Swedish Academy of Fine Arts.

Whilst she was a student she met Karl Otto Lodén, a scene-painter and designer. The couple married in Paris in 1930 and undertook study trips together to France and Italy, which resulted in several Capri-themed paintings, amongst other things. They shared a single studio in their Stockholm home where they produced several artworks together. One of the official commissions they received was to paint the ceiling at Hotell Skånegården in Båstad, another was producing an altar piece and baptismal font for the baptismal room in the hospital Södersjukhuset in Stockholm in 1943. The couple collaborated closely with Holger Blom, head city gardener of Stockholm, in designing a wrought iron railing for the garden at Folksamhuset in Södermalm.

Dagmar Lodén submitted work to the well-attended I ateljéerna exhibition held at Årsta gård in 1937. This exhibition, organised by Föreningen Svenska konstnärinnor, only contained work by women. Dagmar Lodén held her first solo exhibition in 1942 at Gummesons konsthall (gallery) on Strandvägen, Stockholm, where her delicate portraits and landscape paintings in a muted colour-scheme garnered a lot of attention.

Following the all too early death of her husband Kalle Lodén in 1944, Dagmar Lodén and her daughters moved to Lodgården farm in Västanvik, near Leksand. The two girls, Mona and Marina, would come to follow in their parents’ artistic footsteps. The ruined house at Lodgården, which had lain empty for twenty years, was renovated and a new studio built. After moving to Leksand Dagmar Lodén devoted herself primarily to creating textile designs. The Jobs siblings Peer, Gocken Jobs, and Lisbet Jobs were established in the village of Västanvik since 1943. A textile workshop with printing facilities was constructed according to plans drawn up by the architects Erik and Tore Ahlsén, followed soon afterwards by a retail space. Lisbet and Gocken Jobs were both ceramists and also created textile patterns. Other artists were also invited to produce patterns for the company, including Dagmar Lodén. Two of her patterns, Heracleum and especially Tistlar, became major successes, the latter of which was first printed in 1949 and remains in production. The Jobs also invited individuals to commercially print their own patterns and Dagmar Lodén had around 20 of her patterns printed by them. Her printed textiles were mainly plant-themed but she also created colourful, personally designed Christmas textiles. Her patterns were displayed at various exhibitions. The art expert Alf Liedholm wrote about her well-attended display at Artek 1958: “In this current era of rushed production of printed cloth it is easy to forget that textile patterns should be well drawn to properly fulfil their roles”. If anyone was good at this, in his opinion, it was Dagmar Lodén, with her “confident decorative instinct”. The exhibition included oversized copies of her idiosyncratic drawings of herbs and plants in pen and charcoal.

Dagmar Lodén’s well-known artistic talent led her to becoming involved in various jobs across Sweden. She, like Edna Marin, Estrid Ericson, and Ulla Molin, was one of the female designers represented at H55, the international architecture, applied art, and interior furnishing exhibition held in Helsingborg in 1955. She completed several interior furnishing jobs and textile decorations for public spaces and also created patterns for rugs and embroideries on behalf of Leksands Hemslöjd.

Dagmar Lodén was appointed artistic director of Alice Lunds Textilier AB in 1969. The company, founded by textile artist Alice Lund in the 1930s, mainly focused on interior furnishing textiles for curtain- and drapery cloth and rugs. In 1949 the enterprise moved to Hyttinge village in Stora Tuna, near Borlänge. The company hired several artists to design patterns for interior textiles, both for private and public spaces. Ecclesiastical textiles formed a significant element in this and was added to the company’s output after a merger with Sofia Widén Textilier in the early 1960s. The latter produced a significant amount of these textiles and revitalised ecclesiastical textiles.

Dagmar Lodén had already produced several church commissions during the 1950s. In 1956 she served as artistic advisor for the restoration of Säter church in Dalarna. She also created a golden woven background for architect Olof Tempelman’s columned temple façade. The weaving was produced at Alice Lunds Textilier. The final piece that Dagmar Lodén created there was a weaving called Vad ljus över griften for Leksand church in 1986. 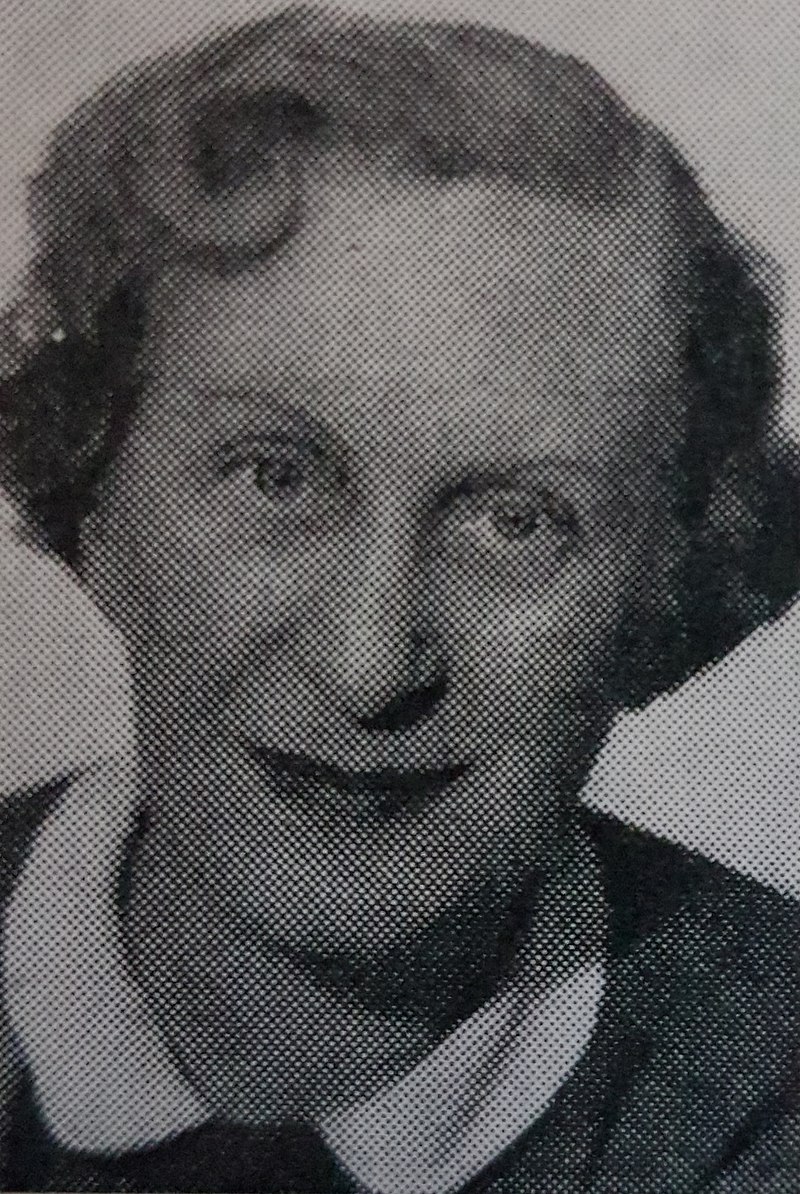