Christina Nilsson was a well-known and much loved author of the early twentieth century. Her realistic portrayals of country life in Scania have been compared to Victoria Benedictsson’s. Christina Nilsson’s work is markedly influenced by her social activism and later had a Christian orientation.

Christina Nilsson’s childhood home in Hörby was a frugal one. She was the daughter of Nils Svensson, a crofter on Osbyholm estate, and Kerstina Persdotter Palm. Her mother died when Christina Nilsson was just eight years old. She was the youngest of ten children, and only six of her siblings survived childhood. Five of them immigrated to America, and only Christina Nilsson remained in Sweden. After completing school she worked as a maid at a local farm. Subsequently she ran a cafeteria with a friend in Hörby. She also began to publish short stories in newspapers and magazines under the pseudonyms of Ringa and Vici. In 1905 she published her first collection of short stories called Från Skånebygder. That same year she and her partner Hjalmar Valentin Nilsson, a cobbler, moved to Malmö. Their first child was born there. In 1907 they moved to Sösdala, and while living there they had another five children. The couple only married in 1911, which meant that only their youngest two children were born legitimate. They had a civic wedding and none of their children were baptised within the Swedish church. This was due to Hjalmar Nilsson’s free church background and because he himself had not been baptised. In 1917 the family moved to Hurva, where Christina Nilsson lived out the rest of her days, along with her daughters René and Disa. Her daughters later became nationally famous for playing correspondence chess. Christina Nilsson continued to write until 1927 and at the time of her death she had released eleven pieces of literary work.

Christina Nilsson’s literary interests developed during childhood, mainly because her late mother had been a keen reader. She began to compose her own stories in school, initially in secret because after her mother’s death the only acceptable reading material in her home was the Bible, the psalm book and the postil. She continued to write while working as a maid and had one of her short stories published in Hörby-Posten. Her writing skills were noted by the editor-in-chief, Ivar Säfstrand, and he subsequently hired her as a casual contributor to the paper. She also contributed to the Social Democratic paper Arbetet when she was in Malmö. Further, she published short stories in journals such as Idun, and in 1905 AB Carlin’s publishing company in Eslöv released her first collection entitled Från Skånebygder. Her trademark themes were already apparent here. The short story collection graphically and penetratingly portrays casual labourers, crofters and poor peasants, often in extreme need and suffering severe oppression, but also preoccupied by deep existential questions. A particular theme is that of the possibilities offered by selfless love and the demands this places on a person. She also discussed the issues of female oppression and their living conditions within this framework. Christina Nilsson’s short story collection aroused the public’s attention and was well-received, selling well and resulting in the release of a second edition. This led to another publishing house, Bonniers, taking an interest in her work.

Christina Nilsson’s first novel, Två kvinnor, 1906, was published by Bonniers in several editions. It became her best-known work. The story is set in the poor countryside of Scania and portrays outcasts and outsiders. The main character is a stubborn crofter girl, illegitimate and of unknown ancestry, who struggles with the prejudice and hypocrisy and arrogance on the countryside, whilst also battling with a fraught relationship with her daughter. The novel I skärsleden, 1907, is a strong socially critical sequel to Två kvinnor. It presents the class struggle in a provincial society, where modern industrial capitalism is beginning to dominate while Christian revivalism and socialism are also gaining influence. The story’s climax is a workers’ gathering where all sides develop their arguments but where the socialists – in alliance with the religious revivalists – gain most support. Vår tjänande syster, 1907, is written in the same spirit of struggle, portraying the exploitation of female servants in bourgeois homes and how they are humiliated in them. Further, the short story collections Skiljas, 1909, and På Mammons altare, 1911, also contain social criticism directed against “the love of Mammon” and “the evil of wealth”. Here the profit-driven ruthless exploitation of people and animals, petty everyday miserliness, and especially the power of penny-pinching parents to force their daughters into wealthy marriages is criticised. Nilsson simultaneously portrays how the power of selfless love can heal ruptured relationships and refine the everyday experience. This theme is introduced into an explicitly Christian context in the substantial family-based novel Osynliga krafter I-III, 1910, and the marriage-based novel Lifvets hemlighet, 1912. It was not until 1927 that the author re-emerged with I morgonstjärnans ljus and Livets seger, which she published at her own expense through the newly established Svenska Allmoge company and her own company respectively. The author inserts her recurring themes into these novels for country people through highly personal interpretations of Christianity, with advanced religious positions for women, particularly as preachers. However, after 1927 no more was heard from Christina Nilsson. She was 51 years old at that time.

Christina Nilsson’s short stories and novels were well liked and sold well, at least until 1912. Major publishing companies such as Bonniers and Åhlen & Åkerlund were responsible for the majority of her publications, often in the shape of one-krona books intended for a general readership. The stories are often full of suspense and drama, containing emotionally engaging intrigues, which are psychologically complex. They are presented realistically and in a matter-of-fact manner with expressive descriptions and illuminative details which are testament to a deep familiarity with the material. The language is pithy and often drastic, particularly in the dialogues, which are usually in Scanian dialect. The narrator is all-knowing and initially restrained, but by the last books becomes increasingly personal and speaks directly to the reader. In the later books certain female characters also gain particular authority as Christian preachers who present matters of belief, which are directed as much to the reader as to the characters in the story. The portrayal of the everyday is united here with the genre of sacred writing, which at this point was popular and very varied, appealed to a wide readership and was often written by women, including, for example, Betty Janson. 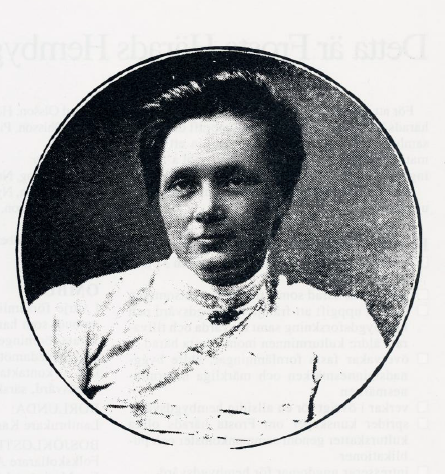