Catharina Charlotta De la Gardie was part of the enlightened social elite of the eighteenth century. She had scientific interests and became well known for saving twelve women, who had been accused of being witches, from execution.

Catharina Charlotta De la Gardie was born in Stockholm in 1723. She was the daughter of Edvard Didrik Taube, a naval officer and privy council member, and Christina Maria Falkenberg. She was the sixth child of nine. Catharina Charlotta De la Gardie was born into the Swedish social elite and remained a part of it for the duration of her life. As a teenager she became close friends with Olof von Dalin, and a member of the youth club called Livskvadronen which he ran. Carl Tersmeden was another of her friends, who lauded her in his memoirs.

In the early 1730s her eldest sister, Hedvig Taube, was courted by King Fredrik I and subsequently became his mistress. According to previous historical research it was her father Edvard Didrik Taube who facilitated this arrangement whilst her mother Christina Maria Falkenberg opposed it. The split between the couple resulted in the mother leaving her marital home and taking her children to live with her at her own property at Kungshatt. Hedvig Taube’s relationship with King Fredrik I brought the whole Taube family closer to the royal court. This resulted in Catharina Charlotta De la Gardie becoming a lady-in-waiting to Crown Princess Lovisa Ulrika at a young age. In addition to socialising with other women in her position she was able, as a lady of the court, to gain an education. Her interest in education and science was much noticed and she quickly became considered to be an intellectual.

Catharina Charlotta De la Gardie had three children, of which only her eldest daughter, Ulrika Hedvig Charlotta, survived past infancy – she lived until she was 19 years old. Her two younger brothers didn’t live to turn one. When their son Pontus fell ill only 26 weeks old the De la Gardies had access to the best medical expertise available in the country. However, this could not prevent his premature death.

Like many other aristocratic ladies, Catharina Charlotta De la Gardie was active on behalf of the weak in society, in particular children, their illnesses and the widespread infant mortality, which she had experienced herself. Many people died from smallpox and epidemics abounded. In the early eighteenth century the English author Lady Mary Wortley Montagu had already introduced a vaccine amongst the educated social class in London in the form of pox innoculations. In the mid-eighteenth century Baroness Catharina Charlotta Ribbin of Lövstabruk tested this method on her own children. Catharina Charlotta De la Gardie, who was keen on medical improvements, followed her example. She also tried to convince her dependants at Sjö and Almare-Stäkret to follow suit.

Catharina Charlotta De la Gardie’s philanthropic and medical concerns were low-key activities. She is far better known for her efforts in the late 1750s to absolve twelve women of Ål parish in Dalarna from a judicial case accusing them of being witches. The trial lasted several years and occurred at different levels. Neither the bishop of the area nor the substitute chief district judge opposed the accusations, and, after being tortured, the women confessed to their alleged crimes. After many attempts, and partly due to the return of the actual chief district judge, all twelve women were found innocent of all charges. Despite this, suspicions about the women remained strong in the area and they all suffered afterwards. It is not clear how Catharina Charlotta De la Gardie became aware of the case. In 1760 she, however, ensured that the accused women were provided with financial support and she disseminated news of the case across her influential network. Her efforts to influence opinion even reached parliament and the following year a missive was handed in to the Riddarhus (House of Nobility) which demanded that the legal case should be reviewed and those responsible should be held to account. These demands gained the support of the noble class of parliamentarians and when it emerged that Catharina Charlotta De la Gardie had provided financial support to the accused women it was decided that she merited a medal for her efforts. The Latin inscription on the medal read in translation: “A source of help to those in need. From the knights and nobility on behalf of twelve female citizens saved from injustice.”

A few years after this event Sjö was hit by a severe epidemic. Whilst caring for her ill dependants Catharina Charlotta De la Gardie also became infected by the same disease. She died in 1763, aged only 40. She is buried in Veckholm church. 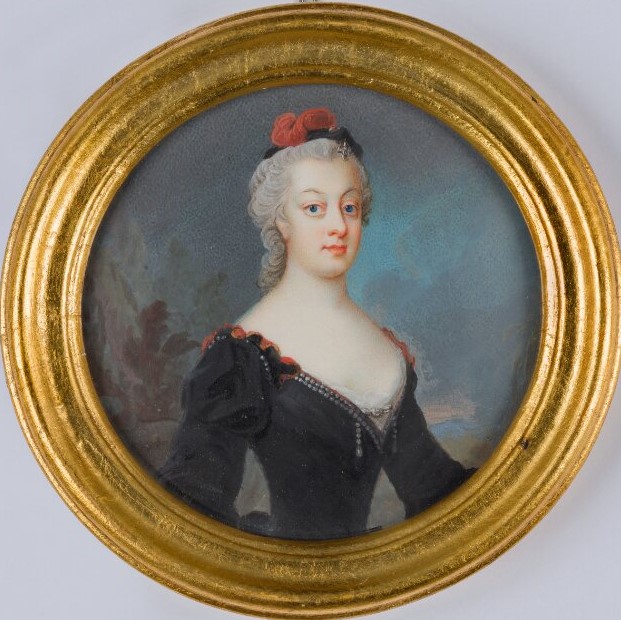