Britta Holmström initiated the Praghjälpen in 1938 and was its leader for a long time. The humanitarian organisation grew and became the Inomeuropeisk Mission in 1944 and thereafter Individuell Människohjälp in 1966 with operations all over the world. For this lifelong engagement she was awarded many prizes and distinctions and had personal contact with the Dalai Lama.

Britta Holmström (née Ringius) was born in 1911 and grew up in Sävsjö in a family with Christian values. Her mother Alma (née Thunander) was a housewife and active in the Red Cross among other things. Her father John Ringius was a businessman in the timber industry. She also had a younger sister, Inga. Britta Holmström attended elementary school in Sävsjö, the Santessonska girls’ school in Jönköping and the girls’ grammar school Lindebergska skolan in Lund. She dreamed about becoming a deaconess. When she was confirmed, she had already received a strong experience of God and felt herself called to help others.

After matriculation, she started as a social worker at the Viebäckshemmen, a home run by Ersta Deaconess Institute for girls who had had their prison sentence converted to what is now termed a stay in an open prison. Britta Holmström worked there temporarily as a teacher for one term and continued on to Unga Kvinnors Värn in Stockholm, an institution for girls with personal and social difficulties. Instead of continuing to study to be a deaconess, her father persuaded her to start university studies. She took her B. A. in the subjects national economy, philosophy and history of religion at Lund University – all chosen with consideration to her future social work.

In Lund, Britta Holmström met her future husband, the nine-year-older theologian Folke Holmström. They met at the Kristna Studentförbundet and married in Vrigstad in the province of Småland on 31 May 1935. In 1937, Britta Holmström accompanied her husband to Germany on a lecture tour within the framework of the Lutheran Academy and she then came in contact with people who were suffering from the hardening climate of the Third Reich. That was a shock and a rude awakening for her. When she arrived back home, she wrote an article on developments in Germany that several theological magazines were reluctant to accept. It was seen as being against the spirit of the times and the friendliness towards all things German that then existed in many circles in Sweden. In the end, Bishop Torsten Ysander in Visby accepted the article for the magazine Ny kyrklig tidskrift in 1938. It was seen as so controversial that her husband’s academic career was broken off. He himself had written two books on the theme of the totalitarian state and Christianity in 1937 and 1938.

Britta Holmström moved to Linköping when her husband was appointed as a teacher of Christianity at the grammar school in Linköping (Katedralskolan) just after the outbreak of war on 1 September 1939. When Folke Holmström wrote books on the refusal to bear arms and became one of the first pacifists in the country, the family was frozen out in Linköping. The author and peace activist Elin Wägner stood up for them. Folke Holmström’s activism among Swedish members of parliament contributed to parliament later giving conscientious objectors the right to other types of service in preparation for war. During her time in Linköping, Britta Holmström started the youth foundation Linköpings ungdoms- och hemgårdar after having seen unemployed young people in the streets. Money to acquire suitable leisure premises for the young people was received from companies in the city and a clergyman was employed to lead the enterprise.

The situation in Europe became more acute in the autumn of 1938 when Nazi Germany invaded Sudetenland in Czechoslovakia with the permission of the western alliance. Britta Holmström was then still living in Lund and a group of academics and students gathered in the Holmströms’ home to pray quietly together. Britta Holmström wrestled with the problem of how Christians could turn their faith into action. During one meeting she had a vision. She heard a voice that called her to start a new mission. Britta Holmström did not understand what this calling entailed and therefore chose not to talk about it straight away. After having shared her experience with her friend Ester Lutteman, a well-known theologist, she had her call confirmed and chose to follow it.

Her husband Folke Holmström immediately took her calling seriously and together with friends and fellow students they began collecting money from residents of Lund and Scania to help Jewish refugees. The Holmström couple decided to travel to Prague to deliver the collected funds, despite having to leave their first-born infant with a family in Lund. Prague was at that point a city to which many people, including Jews, were fleeing from the Germans. After a week in Prague, the Holmströms and their friends in Lund continued to collect money for refugees and paid among other things for five secretaries at the Czech YMCA to be sent out as curators to the women’s camps. That was the start of the Praghjälpen.

However, the Germans soon invaded the whole of Czechoslovakia and it was impossible to act there, so the help was extended to include the whole of Europe. The work of saving refugees began among the persecuted Jews in Vienna and help was provided for refugees to Sweden. The organisation changed name to Inomeuropeisk Mission, IM, and became a national organisation that was finally constituted at the conference in Linköping on 29 May 1944. The organisation’s first chairperson was Bishop Torsten Ysander and Britta Holmström was vice chairperson, but took over after three years as chairperson.

After the end of the war in 1945, IM worked intensively in first and foremost Poland, Germany, Austria and France, and later also in Greece and Jugoslavia. IM cooperated initially with Count Folke Bernadotte who was the chairperson of the Swedish Red Cross and the coordinator of refugee help in Europe. The needs were enormous and IM started help centres and so-called Schwedenheim. IM aimed to provide help for people in need irrespective of ethnicity, origins or faith. Help was also to be communicated via small work teams wherever the need was greatest. IM aimed to relieve hunger and material needs, and also to strive for mental well-being. Through eye-to-eye conversations, IM aimed to reinforce the self-confidence, faith in the future and drive of each individual. The help was intended to lead to self-help; the first step towards rehabilitation.

After the war, the home Vrigstadhemmet in Småland was opened in the vicarage in which the Holmströms had had their wedding breakfast. The Vrigstadhemmet or IM-hemmet, became a refuge for hundreds of former prisoners in concentration camps – and some were to remain there all their lives. IM also purchased Strand manor house from the Jönköping county association for Christian fellowship. During the years immediately after the second world war, Strand was a recreation home for German and central European children who had been afflicted by the war. Later it became a home for 40 Tibetan girl refugees as well as for Swedish young people with social problems and school difficulties.

In the 1950s, Britta Holmström was a member of parliament for a short time for the liberal folkpartiet and she was also a delegate at two church meetings. In 1951, she handed in a motion for women to be allowed to become clergy. In 1953, the family returned to Lund. Folke Holmström was appointed to a post at the University and as a teacher at the Cathedral school. They then bought a house in Grönegatan/Stålbrogatan that became the family’s home for many years. August Strindberg and Elin Wägner had previously lived there and written books, at different periods.

In 1966, IM’s operations were extended with comprehensive aid work not only in Europe but also in the Middle East, southern Asia, Africa and Central America. To emphasise its method of working, IM changed its name to Individuell Människohjälp. Particularly women have received help via IM in the form of things: sewing-machines, looms, and the sales of finished goods among others. IM has also started homes for mentally handicapped people in Jerusalem and Amman and given funding to schools in India, Nepal and Tibet. Refugees from Tibet also came to Strand in Sweden in the 1960s. Through their engagement in Tibet, Britta Holmström had personal contact with the Dalai Lama. He visited Lund on several occasions and on one of his visits, he visited Britta Holmström when she was ill in bed. IM is today a world organisation and Britta Holmström was a member of the leadership almost until her death in 1992.

Britta Holmström’s work was noticed early on. In 1950, she received the Svensk Damtidning academy’s prize “for great-minded initiatives and inspiring works in the service of humanity”. In 1954, she was elected as Commander of the German Federal Republic’s service medal and in 1960 as a member of the Swedish Vasaorden. In 1961, she was made an honorary doctor of medicine in Lund, in 1965 an honorary citizen of Greece, in 1973 a holder of the Swedish Serafimer medal, and in 1977 of the Benemerenti medal, handed over by an envoyé on behalf of the pope. Britta Holmström has been nominated several times as a candidate for the Nobel Peace Prize and she was awarded a so-called alternative peace prize by Sveriges Radio in 1982.

Britta Holmström spent the last period of her life at the Ribbingska nursing home in Lund. As one of very few women, she had a street named after her in Lund in 1997. Britta Holmströms gata is a short street next to the international student hostel opposite what was once the former IM main office in Spolegatan. IM hands out an annual prize since 1988 in memory of Britta Holmström. The prize-winners are people who have made important contributions for their fellow human beings, in Sweden or abroad, by fighting for human rights and awakening opinion against violence, oppression or racism.

Britta Holmström died in 1992. She is buried in Brunnby Cemetery near Arild where the family spent their summers together. 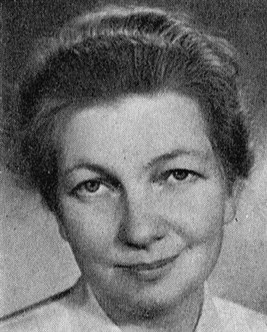