Brita Elmén was a member of the Folkpartiet (the People’s Party). She is a great example of the unmarried and professionally and politically active women who contributed to the emerging welfare state in Sweden in the twentieth century.

Brita Elmén was born in Stockholm in 1900. She was the daughter of the wholesale merchant Carl Elmén and his wife Alma. She trained to become a social worker in Stockholm, where she also started her professional career working as an office assistant for government commissions and for Socialstyrelsen (the National Board of Health and Welfare) in the years 1917-1923. After gaining her degree in social work in 1923 she moved to Gothenburg and western Sweden. Initially, 1924-1927, she worked as a human resources consultant in Gothenburg for AB Textilkompaniet. Subsequently she worked for Borås Wäfveri AB in Skene from 1928 to 1938. She was promoted to district inspector in 1939 and finally to “socialinspektör” (inspector for social services) in Gothenburg in 1948. She remained in this post until 1965.

From 1946 to 1966 Brita Elmén served as a representative in the second chamber of parliament where she was known as “Elmén i Göteborg”. Before she began her parliamentary career she had been a member of the Gothenburg municipal council from 1947 to 1948. Her parliamentary profile was blatantly socio-political, not least in the motions she proposed – an impressive total of 187.

Brita Elmén was particularly keen to represent working women’s interests, not only in parliament but also in her role as chair of Yrkeskvinnors Samarbetsförbund (“the Working Women’s Cooperative Association), which she held from 1953 to 1958, and as a member and vice-chair of Folkpartiet’s women’s association. She argued for sexual equality, for the principle of equal pay, and for the removal of the prohibition of night-time work for women. She also believed it was necessary to do research on work environments.

Brita Elmén was very active on behalf of society’s weakest. For example, she put forward a motion on care allowances for those with mobility issues, on divorced women’s pensions, and on the care of children and young people with psychological issues. She and her fellow party member Margit Vinge raised awareness of experiments on high-sugar intake which were conducted on psychologically ill and those suffering from mental disabilities at Vipeholm psychiatric hospital in Scania. Brita Elmén and Margit Vinge strongly questioned the moral and ethical nature of these experiments which caused serious damage to patients’ teeth and general well-being.

Brita Elmén held several official and international posts, which were usually related to her professional work. For example, from 1946 to1949 she served as the governmental representative to ILO’s textile commission; she was a member of the Swedish Unicef committee; from 1953 to 1954 she was a delegate to the United Nations. Brita Elmén was also a member of several governmental inquiries: Kommittéen för social upplysningsfilm 1949-1959; Ungdomsvårdsskoleutredningen 1950-1954; Tillsynskommittéen 1950-1951; 1956 års eftervårdsutredning 1956-1962; Nykterhetsvårdsutredningen 1956-1961; 1963 års arbetstidskommitté 1964-1968.

Brita Elmén’s socio-political proposals did not always gain favourable hearings. She was frequently subjected to her male colleagues’ lack of interest and lack of enthusiasm. The ideal of the housewife and homemaker prevailed during most of her working life. However, from the late 1940s onwards the number of working women increased significantly, particularly within the public sector which she also belonged to as inspector for social services.

Brita Elmén died in Gothenburg in 1983 and is buried at Sandborg church cemetery in Enskede. 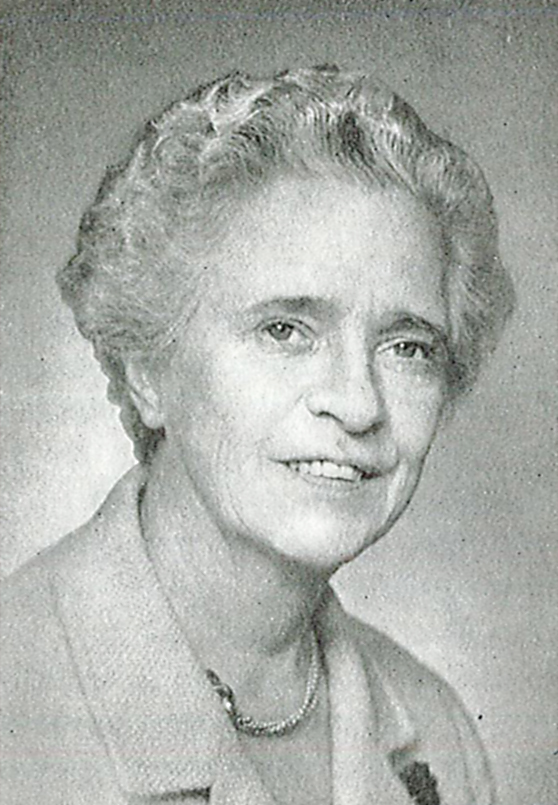