Birgit Nilsson was born on 17 May 1918 in Västra Karup, Scania. She was the only child of Nils Petter Svensson and Justina Pettersson, both farmers. She grew up in the Scanian countryside and initially it was assumed that she would take on a traditional female social role. For example, she began attending a housekeeping course at the Västkustens Ungdomsskola in Ljungskile.

By 1945, however, Birgit Nilsson was a student at Operaskolan where she met Bertil Niklasson, who was training to become a veterinarian. They got married in 1948 at the Swedish church in Copenhagen. Birgit Nilsson carried on using her maiden name throughout the duration of her career. Her husband faithfully accompanied her on her travels across the world. The couple never had children.

Birgit Nilsson’s musical talent was discovered at an early point in her life and she enjoyed the support of her mother with regard to her musical interest and talent. Her father was apparently more sceptical as to whether his daughter would be able to have a career beyond her local area. Birgit Nilsson took singing lessons with Ragnar Blennow, a music teacher in Åstorp. He encouraged her to apply to Kungliga Musikhögskolan (the royal college of music) in Stockholm. In her memoires, entitled La Nilsson and published in 1996, Birgit Nilsson reveals that Ragnar Blennow was the most important of all her singing instructors. In 1941 she began attending Joseph Hislop’s class for solo singers. Birgit Nilsson was admitted to Stockholms Operaskola in 1944, without having to do the usual singing audition, and there she chose Arne Sunnegårdh as her instructor.

Birgit Nilsson made her debut in 1946 in Stockholm playing the role of Agathe in Carl Maria von Weber’s Friskytten. This was a last-minute decision and her performance engendered very favourable reviews. However, it is usually her performance as Lady Macbeth in Giuseppe Verdi’s Macbeth in 1947 in Stockholm that is taken as her actual singing debut. She transitioned at an early stage from lyrical soprano roles to more dramatic roles. She was a member of the permanent ensemble at Kungliga Teatern (Operan) (royal theatre) in Stockholm from 1958–1959. After that she performed there as a visiting artist.

Birgit Nilsson is above all considered to be an extremely successful international performer and she was a world-leading dramatic soprano. Her first performance as a visiting artist outside of Sweden was at the 1951 Glyndebourne festival in England at which she performed as Elettra in Wolfgang Amadeus Mozart’s Idomeneo. Birgit Nilsson’s repertoire was extensive and she performed more than 25 different operatic stage roles. Further, she also undertook a great number of concert performances. Her talents as a dramatic soprano led to her becoming a prominent performer of Wagner’s songs. She was largely noted for and lauded for two roles in particular: that of Isolde in Richard Wagner’s Tristan und Isolde as well as the title role in Giacomo Puccini’s Turandot. She played the part of Isolde more than 200 times and with more than 30 different eminent conductors. In her interviews she has revealed that the conductor she rated most highly was Karl Böhm.

Many of Birgit Nilsson’s other roles are also much noted and rated, such as Brünhilde in Richard Wagner’s Die Walküre, Siegfried and Götterdämmerung, the title role in Giacomo Puccini’s Tosca, as well as the role of Minnie in La fanciulla del West, and the title roles in Richard Strauss’ Elektra and Salome. She was often engaged to perform and appeared on all the major prestigious opera stages of the world, such as the Staatsoper in Vienna, Bayerische Staatsoper in Munich, Teatro Colón in Buenos Aires, Covent Garden in London, Teatro alla Scala in Milan, and the Metropolitan in New York City. She was a visiting artist in Vienna from 1954–1982, during which period she performed 232 times. She appeared in Milan during the years of 1957–1975, and at the Metropolitan in New York she appeared 223 times. She particularly treasured the musical life and audiences in the Austrian capital. She also performed at a range of festivals, especially at the Wagner festival in Bayreuth but also in Salzburg and Verona.

Birgit Nilsson also became famous and loved by a wider audience, not least through her performances on radio and tv. Her career coincided chronologically with the time when gramophone recordings – then a new LP technology – grew exponentially. She collaborated on a great number of recordings and her fame is also closely connected with the recorded medium, both in terms of studio recordings and live recordings.

The last new role Birgit Nilsson learned was the Dyer’s Wife in Richard Strauss’ Die Frau ohne Schatten, performed at Kungliga Teatern (the royal theatre) in Stockholm in 1975. She subsequently performed that role in a series of different guest appearances. She concluded her operatic career on 16 June 1982 singing the title role of Elektra at the opera in Frankfurt am Main. She was awarded several honorary titles, including that of court singer in 1954, Kammersängerin in Austria in 1968, Bayerische Kammersängerin in 1970, and was made an honorary professor in 1998.

Birgit Nilsson performed throughout the world, entailing many long journeys. She had many homes in a range of countries. However, she always maintained close contact with her hometown where she often put on concerts. The first time was in 1955 in Båstad church, when she performed a benefit concert for Bjäre Härads Hembygdsförening (rural society). Following this her summer concerts were performed at Västra Karup church.

Birgit Nilsson was a highly-sought after performer and always attracted a large audience. She was only rarely forced to cancel performances. She was also one of the world’s most highly-paid singers. Three years after her death it became public knowledge that the Birgit Nilsson Prize for classical music had been established to make use of her wealth. The prize, valued at one million US dollars, is awarded annually. It was awarded for the first time in 2009, and following her wishes it went to the Spanish tenor Plácido Domingo.

Birgit Nilsson died in 2005 at her home in Bjärlöv, near Kristianstad. She was buried at Västra Karup church. Since 2010 her childhood home has been turned into a museum. 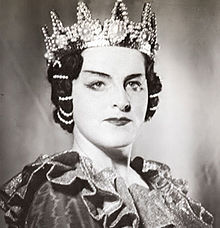